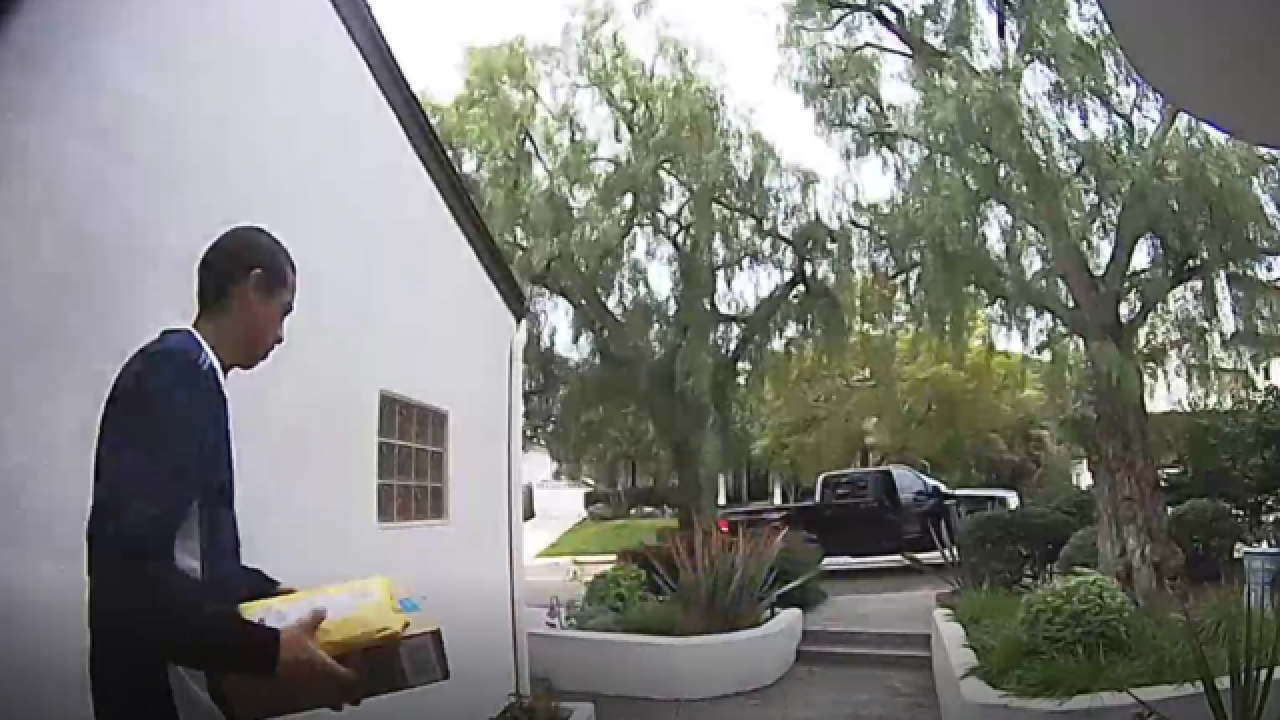 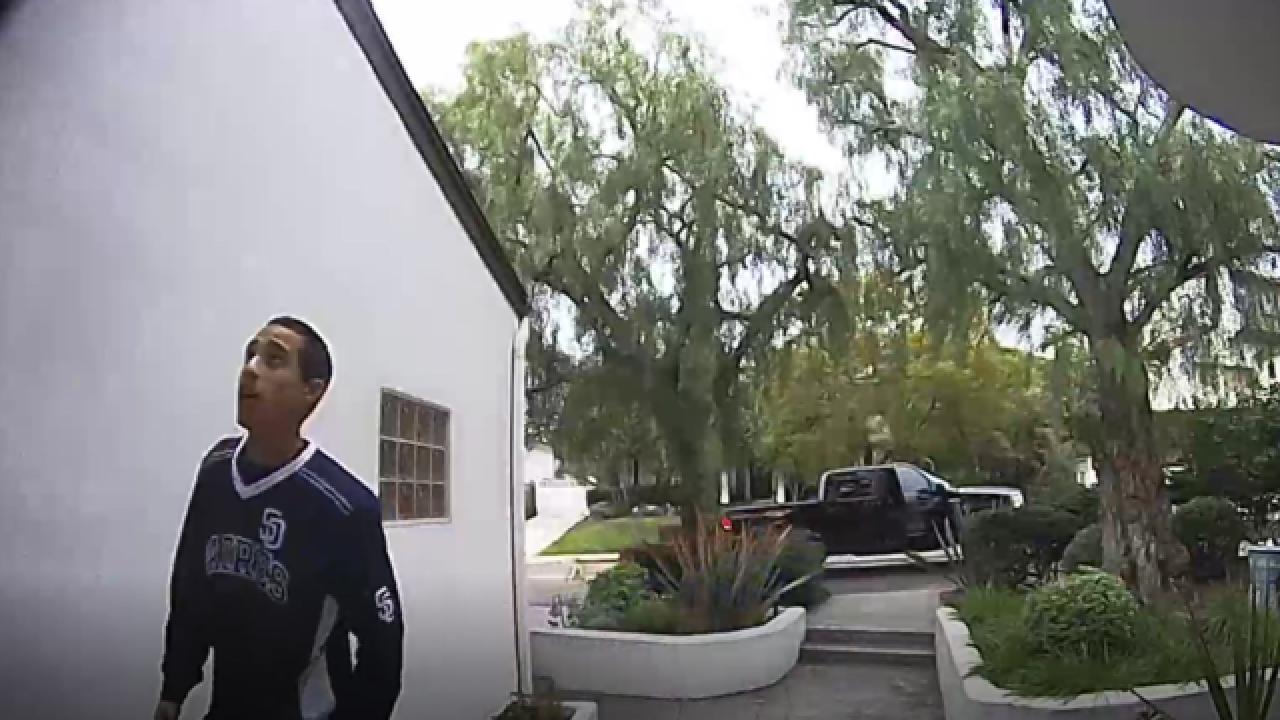 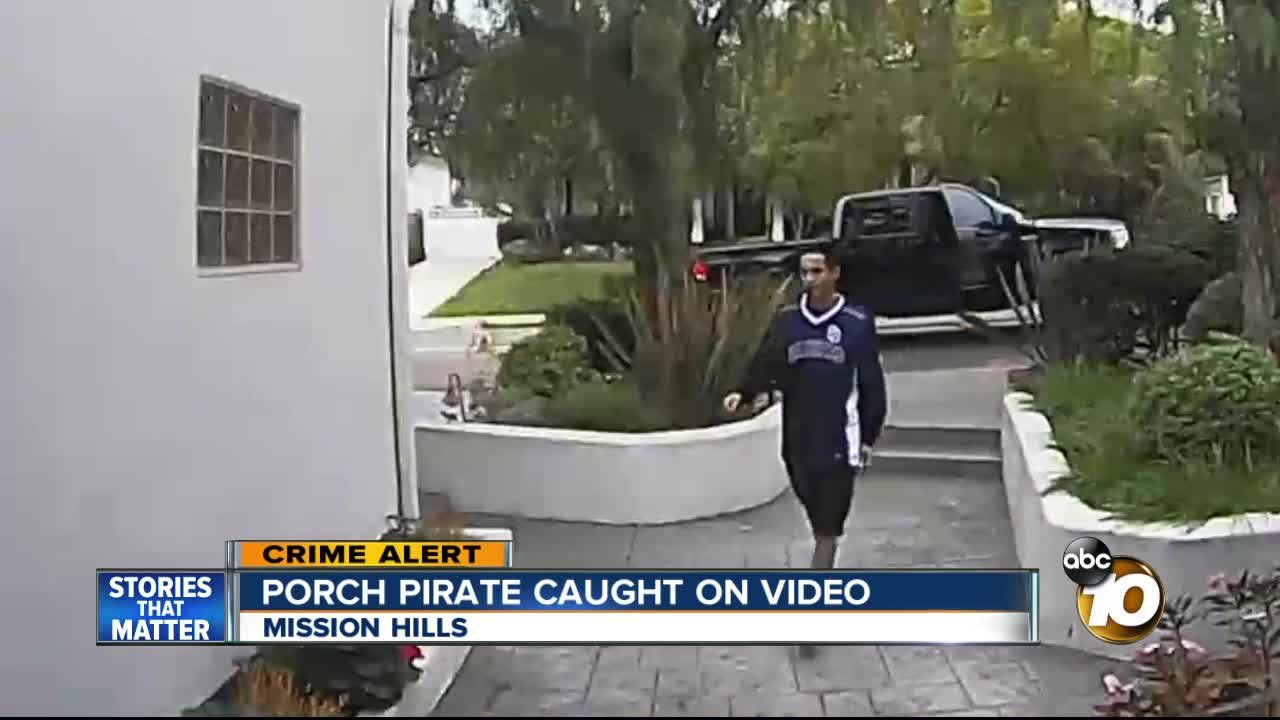 Police and neighbors in Mission Hills are hoping surveillance video of an accused porch pirate caught in the act with lead to his arrest.

“It was not the monetary value that’s settling, of course," Pat Giles said.  "It’s the fact that someone’s walking up and stealing things."

Bob and Pat Giles have lived in their Mission Hills home 26 years. They said they have never had a problem with people stealing packages until about a year ago.

“And other neighbors are reporting the same thing,” Bob Giles said.

So they invested in this camera.

Monday, a delivery man dropped off an Amazon package on the porch for Pat.

It was stolen within a few hours. Police confirmed to 10News the man in the video is a suspect. He got out of a black extended cab truck.

“The issue now is to maybe win one for the good guys,” Bob Giles said.
“We’re going to look for you.”

Anyone who recognizes the man is urged to call San Diego Police.