What you need to know about Measure A, Chula Vista's proposed sales tax increase 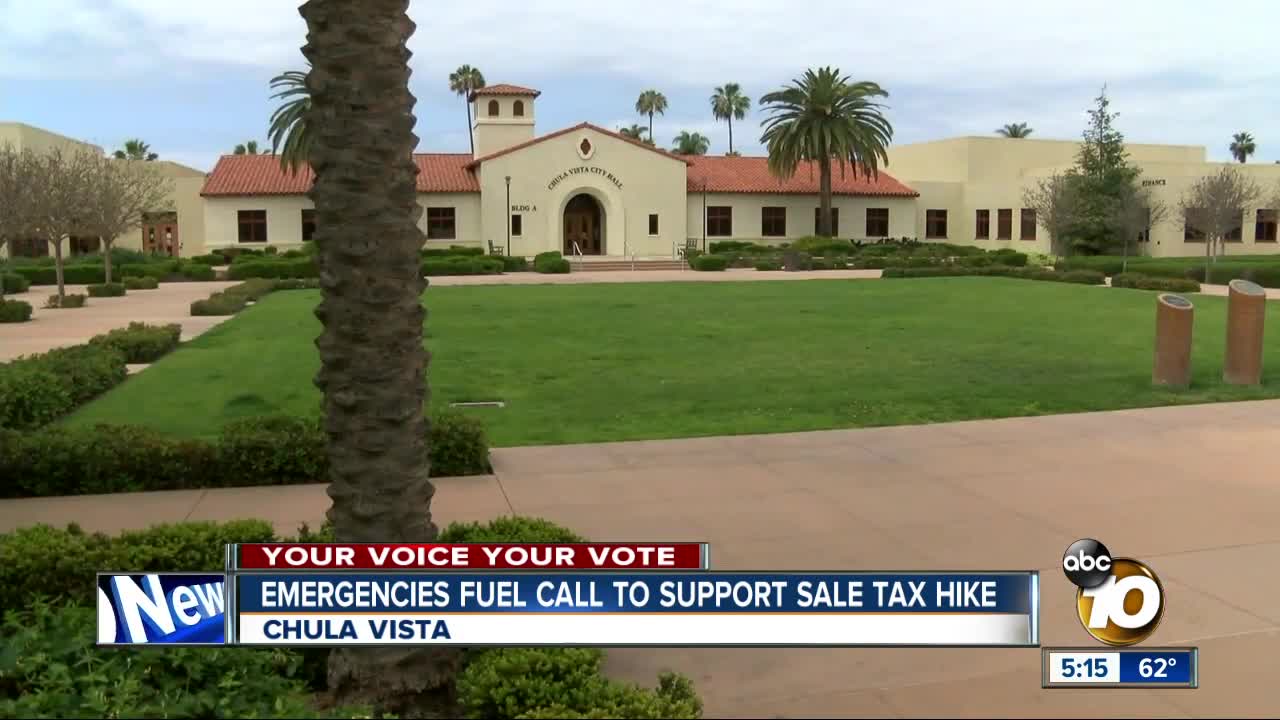 Chula Vista residents will head to the polls in June to decide whether or not to pass a new sales tax. 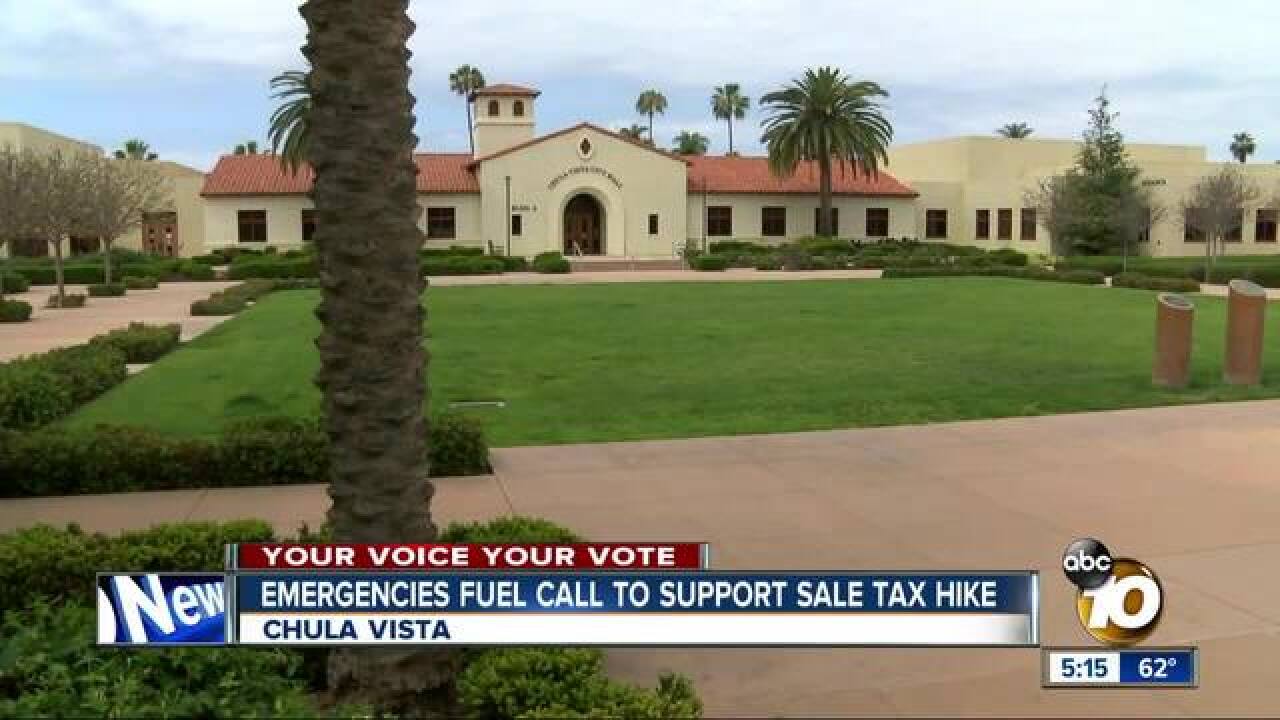 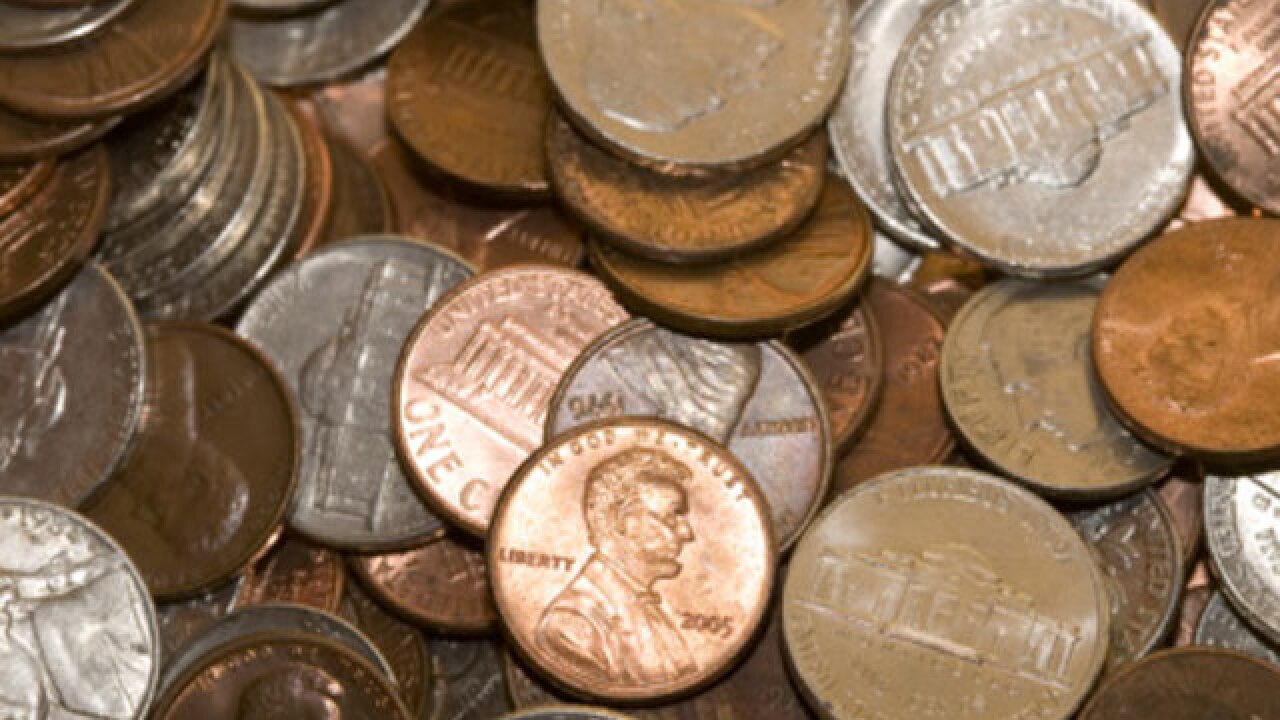 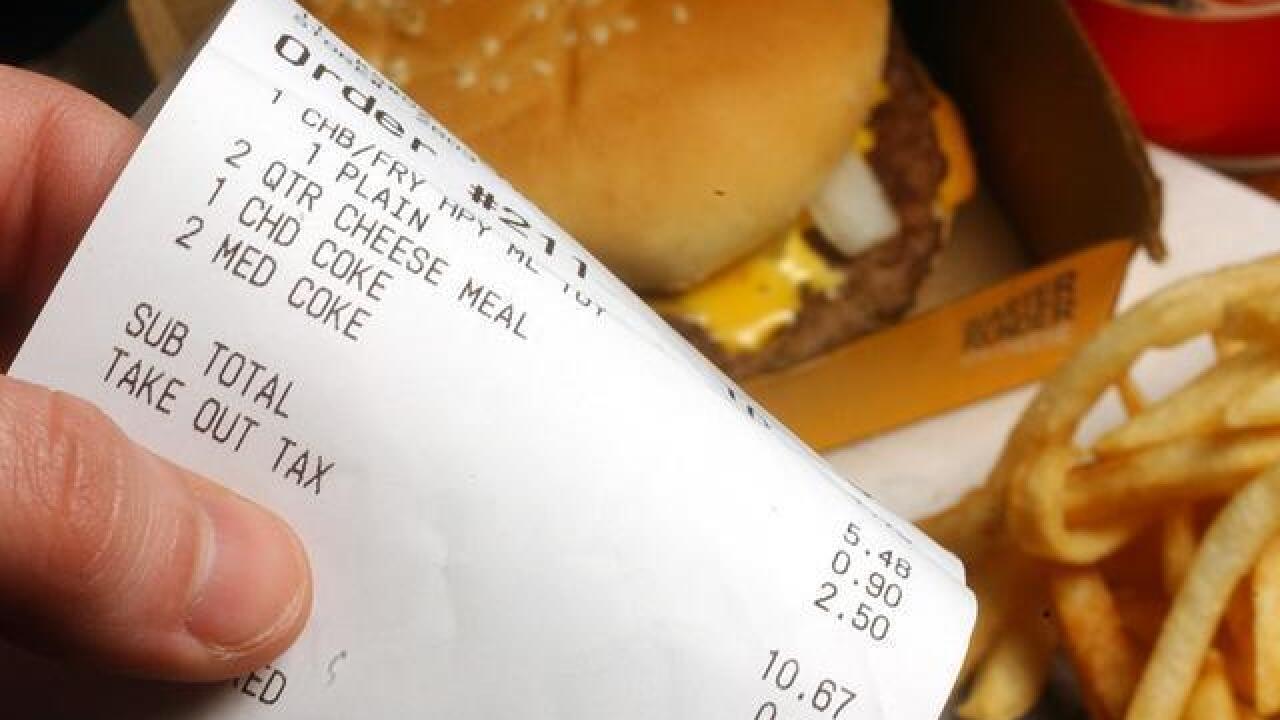 CHULA VISTA, Calif. (KGTV) -- Chula Vista residents will head to the polls in June to decide whether or not to pass a new sales tax.

Measure A would increase sales tax in the city by half a cent, tying it for the highest sales tax in San Diego County. If passed, the city estimates the sales tax will generate approximately $17 million per year.

City leaders say the tax will be used for public safety and those in favor of the tax increase say it’s much needed.

RELATED: How much you need to earn to buy a home in San Diego County

Proponents argue that the city needs more police officers, saying that, despite population growth, the city has fewer officers than in 2007, slowing response times.

"They want to know why it’s taking us so long to get to their calls, why they don’t see as many officers out on the streets and it’s because of our staffing issues," says David Oyos, the president of the Chula Vista Police Officers' Association.

Supporters of the tax also say the city needs more firefighters to be more efficient.

"It’s very embarrassing to admit to the public that we cannot get to them when we’re supposed to," adds Oyos.

Those against the measure point out the fact that, though leaders say the money will go to public safety, the text of the measure says the proceeds “shall be for unrestricted general revenue purposes.” In other words, the money can be used for any lawful purpose.

"I don’t want to have to babysit the council perpetually for the rest of time," says Russ Hall, the president of Just Say No on A.

Opponents also say, if passed, Chula Vista will be tied for the highest sales tax in the county and that the tax has no end date.

"The city just committed over 300 million dollars to the convention center, now, on the other hand, the city is saying we don’t have enough money for police and fire?" says Hall.

The measure goes to the voters during the June 5 primary.