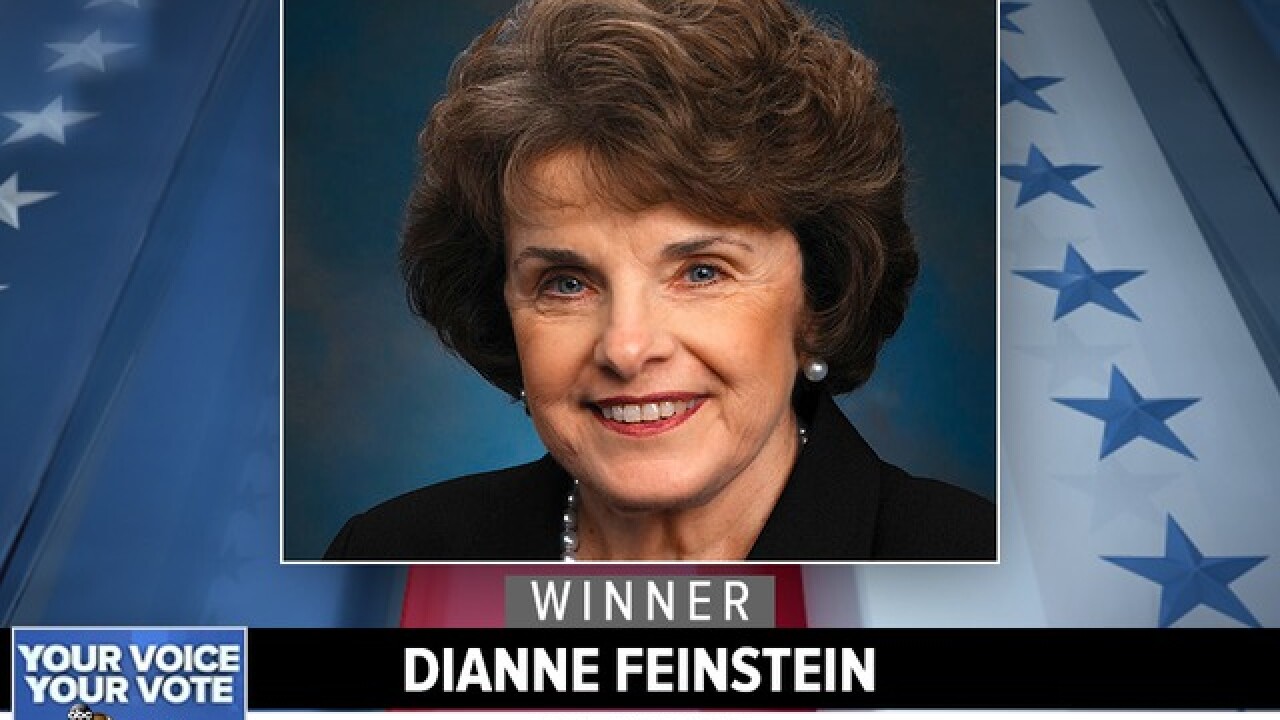 WASHINGTON (AP) - U.S. Sen. Dianne Feinstein has won a fifth full term representing California after shaking off a challenge from a fellow Democrat who argued she hasn't been tough in confronting President Donald Trump.

Voters first sent Feinstein to Washington in 1992. At 85, she is the oldest current U.S. senator.

She faced a fellow Democrat because of California's system that sends the two candidates who win the most primary votes to the general election.

The race failed to generate much excitement, with Democrats more focused on winning seats in the U.S. House than on a safe Senate seat.

Feinstein argued that her experience and tenure in Washington made her the best person to serve California.