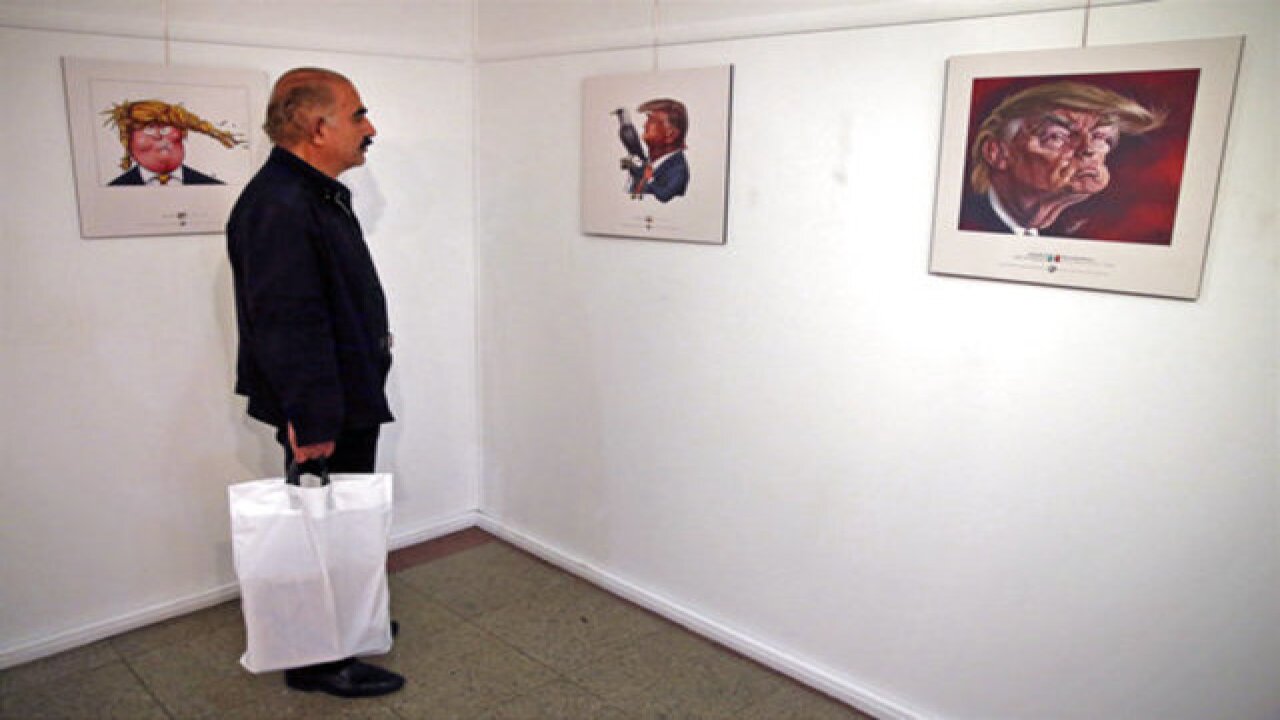 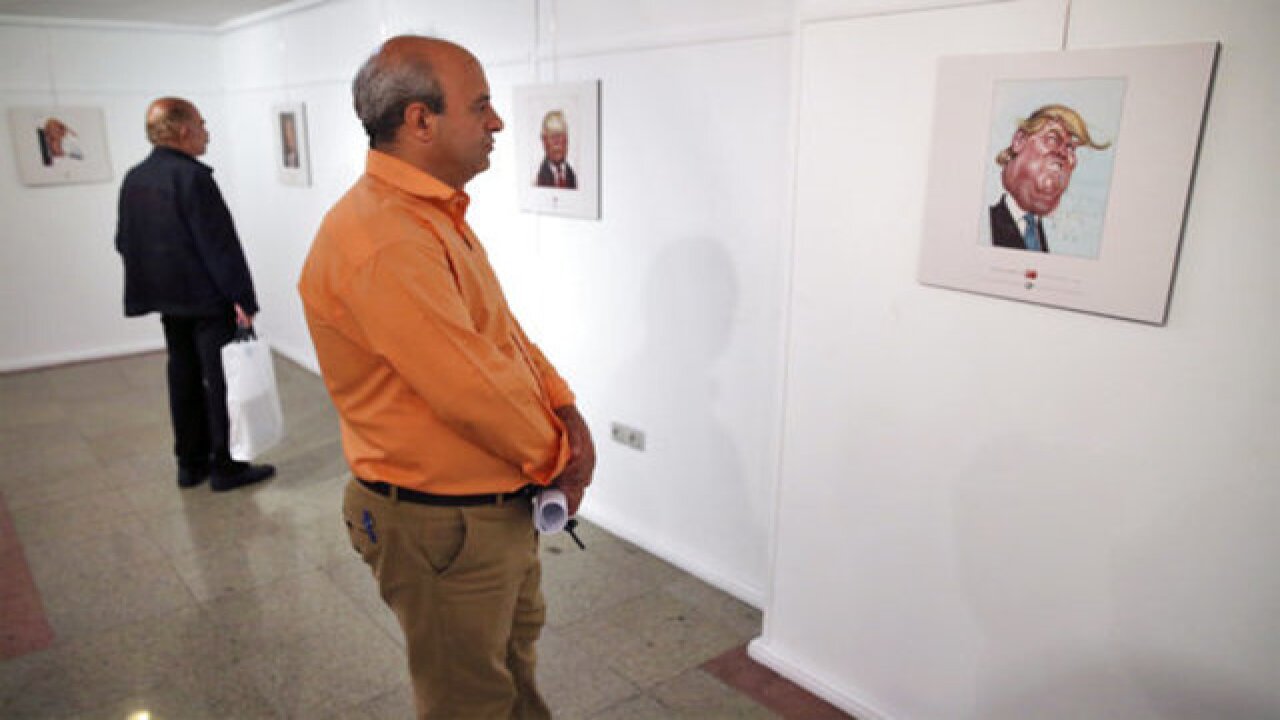 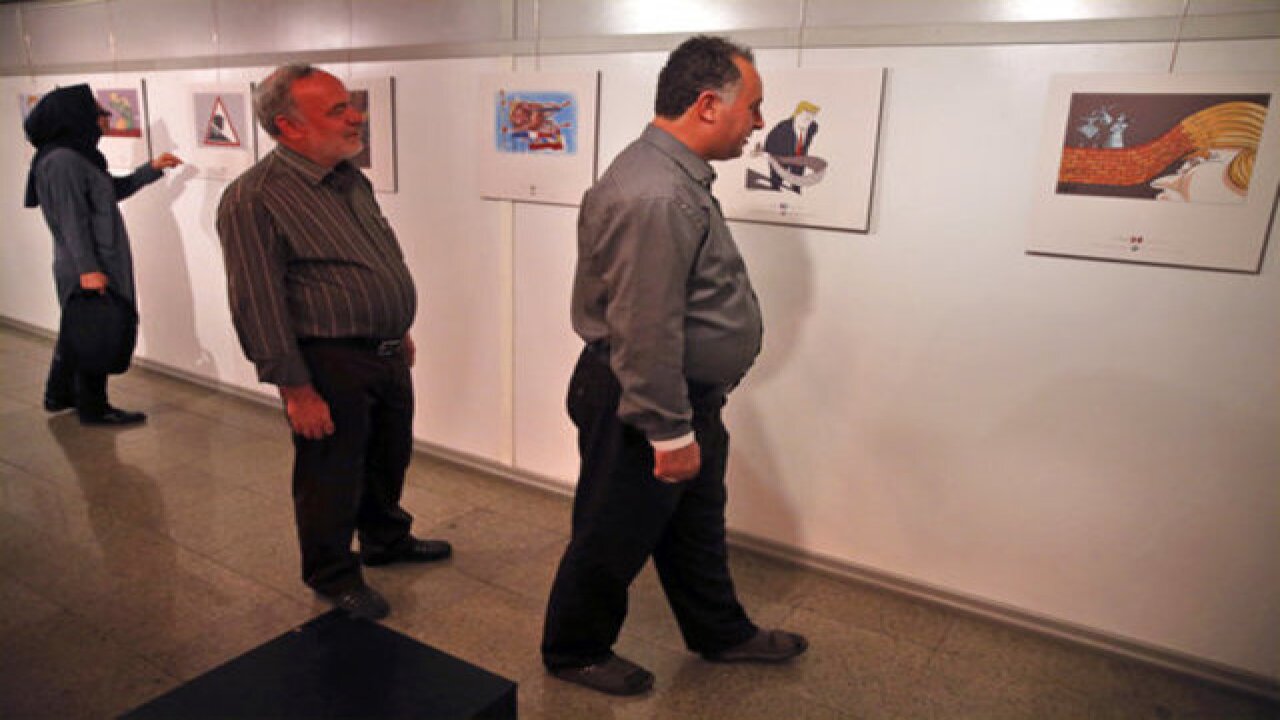 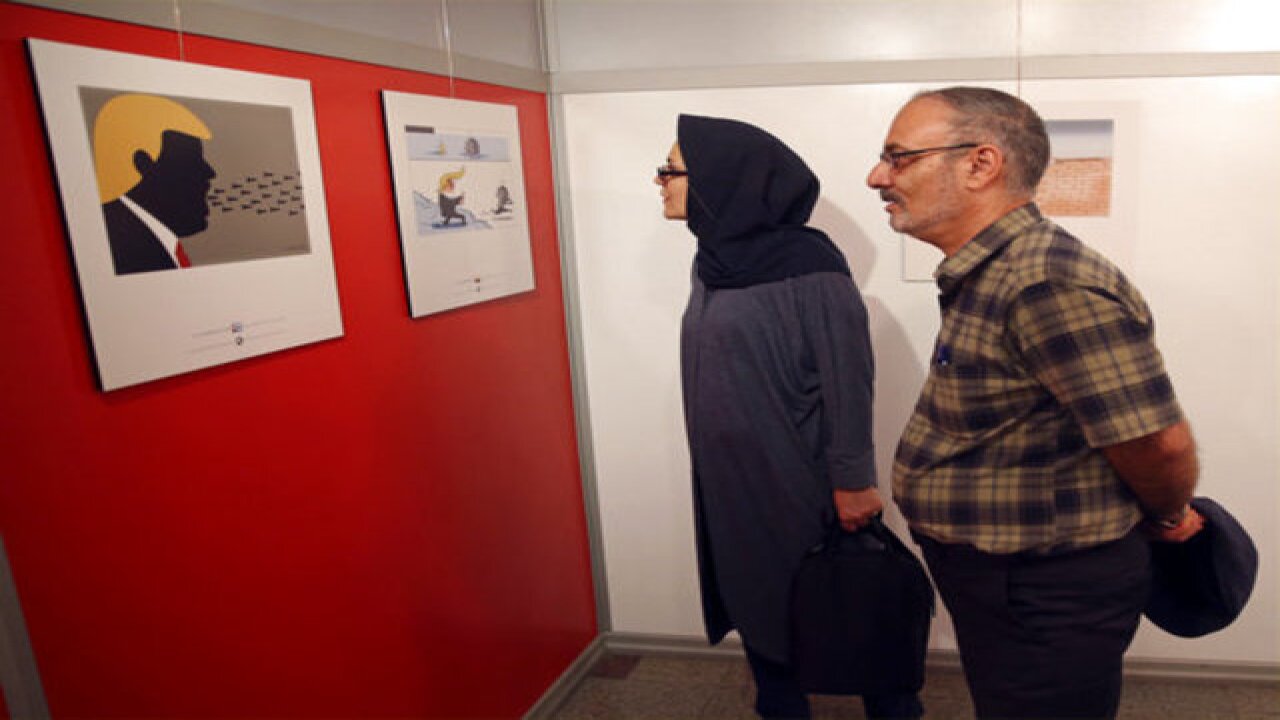 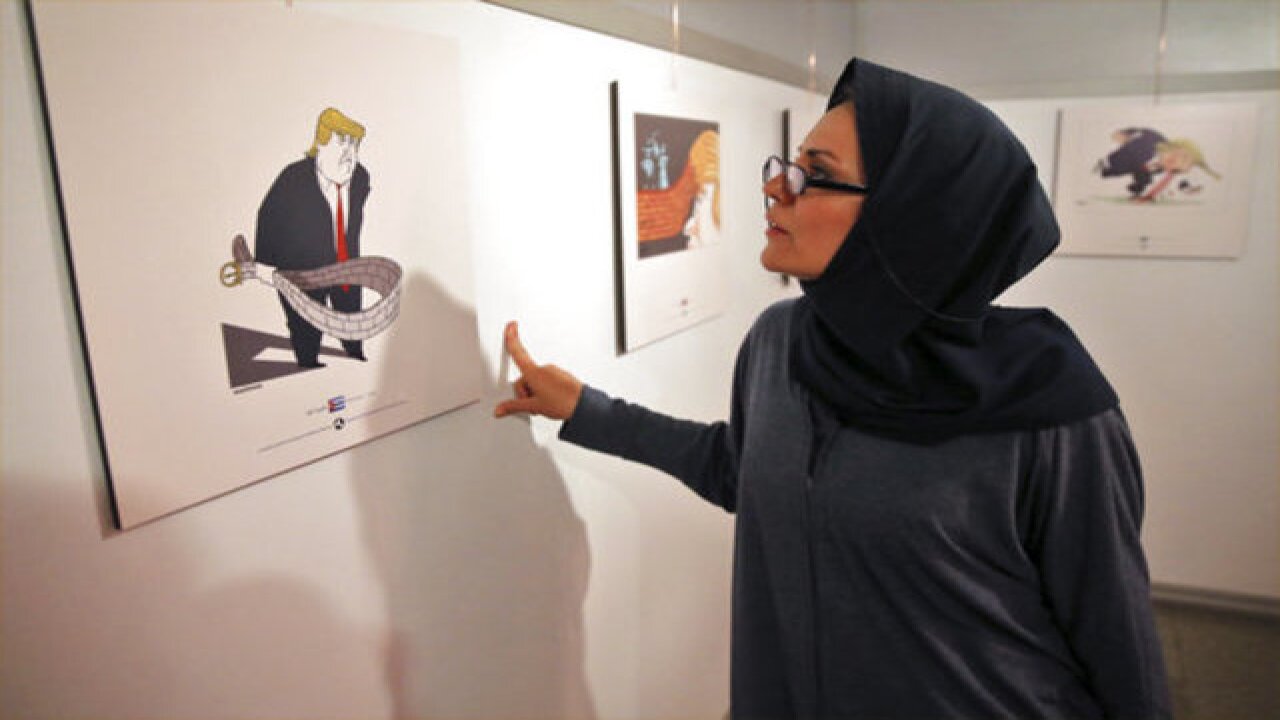 TEHRAN, Iran (AP) — Iranians have organized a "Trumpism" cartoon contest in which hundreds of participants were invited to submit artwork mocking the U.S. leader.

The same organizers held a Holocaust cartoon contest last year, which they said was meant to highlight Western double standards on free speech and not to cast doubt on the Nazi genocide.

The logo for the contest is based on the Nazi emblem, with a diagonal "T'' in a white circle against a red background. One cartoon shows President Donald Trump painting a Hitler-like mustache on the face of the Statue of Liberty.

Hadi Asadi of Iran, who won first prize and a $1,500 award, said he wanted to highlight the "money-mindedness and war monger nature" of Trump. His cartoon shows Trump wearing a jacket made of dollar notes while drooling on books, a reference to cultural material.

"I wanted to show Trump while trampling symbols of culture," said Asadi, who produced the cartoon in two weeks using a stylus pen digital printing method.

Contest organizer Masuod Shojai Tabatabaei said the aim of the contest and exhibition is to show wrong behaviors by Trump in the framework of satirical portraits. Trump and violence against women, media as well as building walls were among themes of the contest.

"The ism in Trumpism is a reference to racism and Nazism," said Tabatabaei. "Many believe his remarks are similar to Hitler. He has had a bad attitude toward media . refugees."

The exhibition, which opened Monday and will last one week, includes the works of some 1,614 Iranian and foreign participants from 74 countries, including four works from American cartoonists, of which two were awarded citations.

American Robert Jones Clayton's cartoon shows the cover photo of two copies of Time magazine, one with Trump's picture and the other with Adolf Hitler. Both men are portrayed as Time's Person of the Year and Trump tells Hitler: "It is a great honor" and in return Hitler replies "Ja."

American Ed Wexler's work shows Trump saying "Fake news" while running away from a snowball, on which a red star with a hammer and sickle emblem is seen, a reference to Russian connections to Trump.