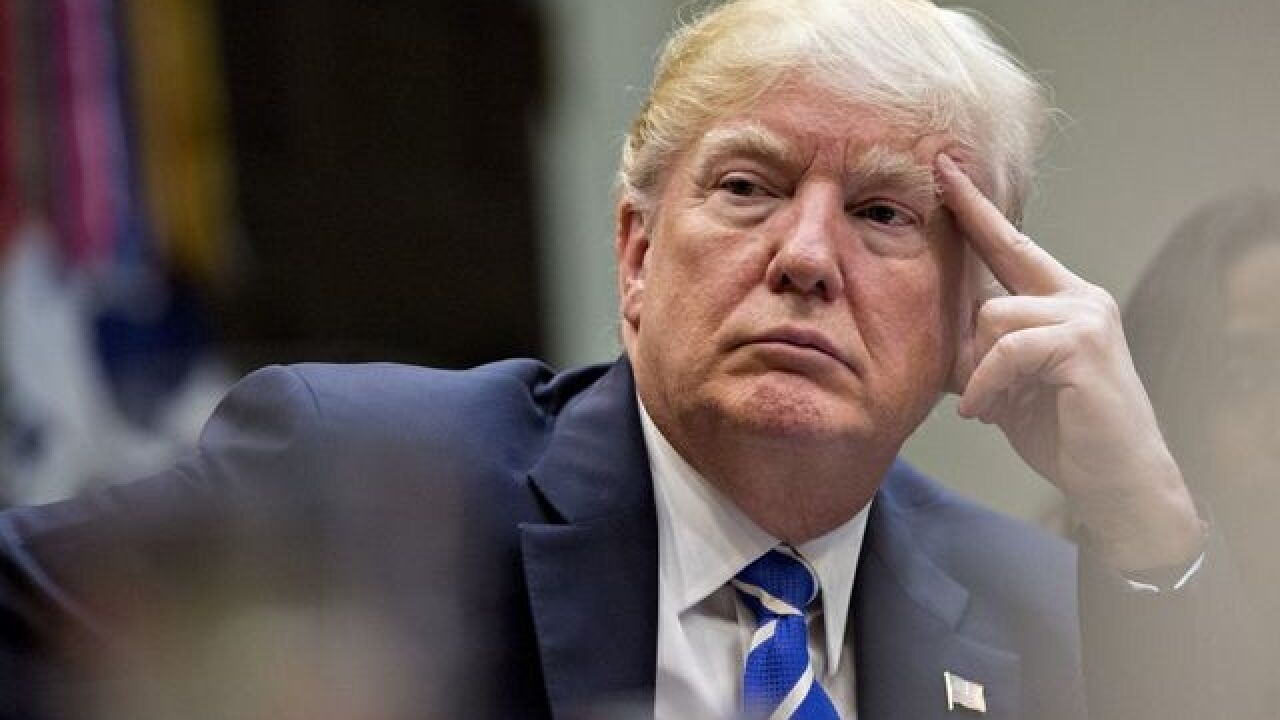 We have a MASSIVE trade deficit with Germany, plus they pay FAR LESS than they should on NATO & military. Very bad for U.S. This will change

Russian officials must be laughing at the U.S. & how a lame excuse for why the Dems lost the election has taken over the Fake News.

The U.S. Senate should switch to 51 votes, immediately, and get Healthcare and TAX CUTS approved, fast and easy. Dems would do it, no doubt!

Kushner continues to face scrutiny
-- Following reports that Jared Kushner, President Trump's son-in-law and one of his advisers, wanted a back-channel line of communication with Russian officials, some Democrats have called for his security clearance to be revoked.

Additionally, Republican Sen. John McCain told an Australian news station that he was not pleased to hear reports regarding Kushner.

McCain said: "I know that some administration officials are saying, 'Well, that's standard procedure.' I don't think it's standard procedure prior to the inauguration of the president of the United States by someone who is not in an appointed position. And I think that (former FBI Director James) Comey we now know took action that he did in regards to then-candidate (Hillary) Clinton because of some false news that was being put out by the Russians. I mean, this becomes more and more bizarre. In fact, you can't make it up."

CNN reported Kushner made the communications request in December while he was still a private citizen. According to CNN, Kushner was working with former National Security Adviser Michael Flynn in hopes of sharing military operations in Syria with the Russians.

Clapper previously testified before a Senate judiciary subcommittee that he was not aware of any evidence demonstrating collusion between President Donald Trump's campaign and Russia -- but he also said he had been unaware of an FBI investigation into the matter until former FBI Director James Comey announced it publicly at a House hearing in March.

When asked if he was sure Russia meddled in the election, Clapper responded: "Absolutely. The evidence, which unfortunately we could not detail in our intelligence community assessment, was, in my view, overwhelming. And that is why the assessment that we did enjoyed such a high confidence level."

Dubke told CNN Tuesday he submitted his resignation on May 18 but offered to stay until the end of President Trump's foreign trip. A final day has not been set, Dubke said.

Dubke said he had "a good conversation with the President" after submitting his resignation. He declined to discuss the turmoil inside the West Wing, only saying he was resigning "for a number of reasons -- for personal reasons."