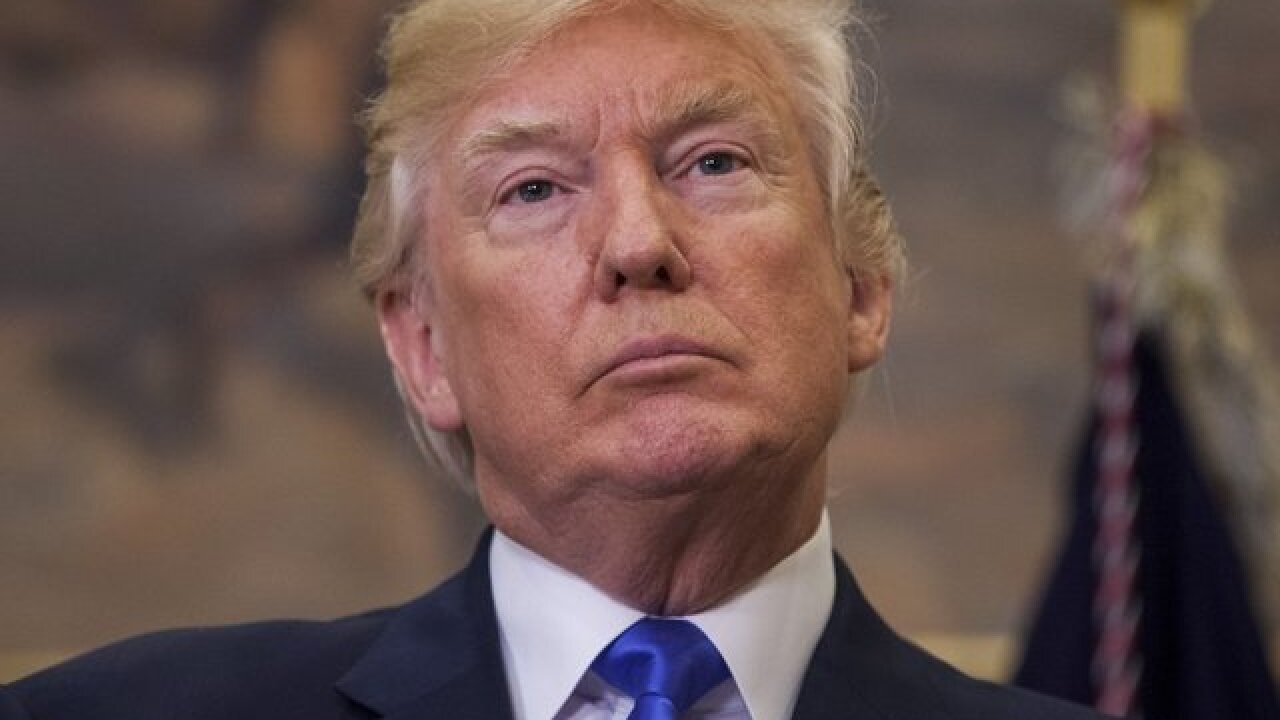 The pair of tweets mentions a story by Peter Baker, saying Baker should have "mentioned the rapid terminations by me of TPP & The Paris Accord & the fast approvals of the Keystone XL and Dakota Access pipelines."

The tweets most likely refer to an article written by Baker titled, "Promise the Moon? Easy for Trump. But Now Comes the Reckoning."

The Failing @nytimes, in a story by Peter Baker, should have mentioned the rapid terminations by me of TPP & The Paris Accord & the fast....

Bannon on GOP insurgency: ‘Nobody can run and hide’

JACKSON, Miss. (AP) — Steve Bannon has a stark message to Republican incumbents he considers part of the establishment: “Nobody can run and hide.”

President Donald Trump’s former chief strategist is promoting a field of potential primary challengers to take on disfavored Republicans in Congress and step up for open seats. Among the outsiders: a convicted felon, a perennial candidate linked to an environmental conspiracy theory and a Southern lawmaker known for provocative ethnic and racial comments.

It’s an insurgency that could imperil Republican majorities in the House and Senate. Bannon called it a “populist nationalist conservative revolt” in a speech to religious conservatives in Washington on Saturday.

WASHINGTON (AP) — The world economy is the healthiest it’s been in years but could still use a little help from low-interest rates and higher government spending from countries that can afford it, the International Monetary Fund says.

“There was a strong consensus that the global outlook is strengthening,” said Agustin Carstens, governor of the Bank of Mexico and outgoing chair of the IMF’s policy committee.

“This does not mean we are declaring victory just yet.” The 189-member IMF and its sister agency, the World Bank, wrapped up three days of meetings Saturday.

But it was only recently that President Donald Trump tweeted that Tillerson was “wasting his time” trying to negotiate with the leader of the nuclear-armed nation.

Tillerson says in a television interview that Trump “has made clear to me that he wants this solved diplomatically. He is not seeking to go to war.”