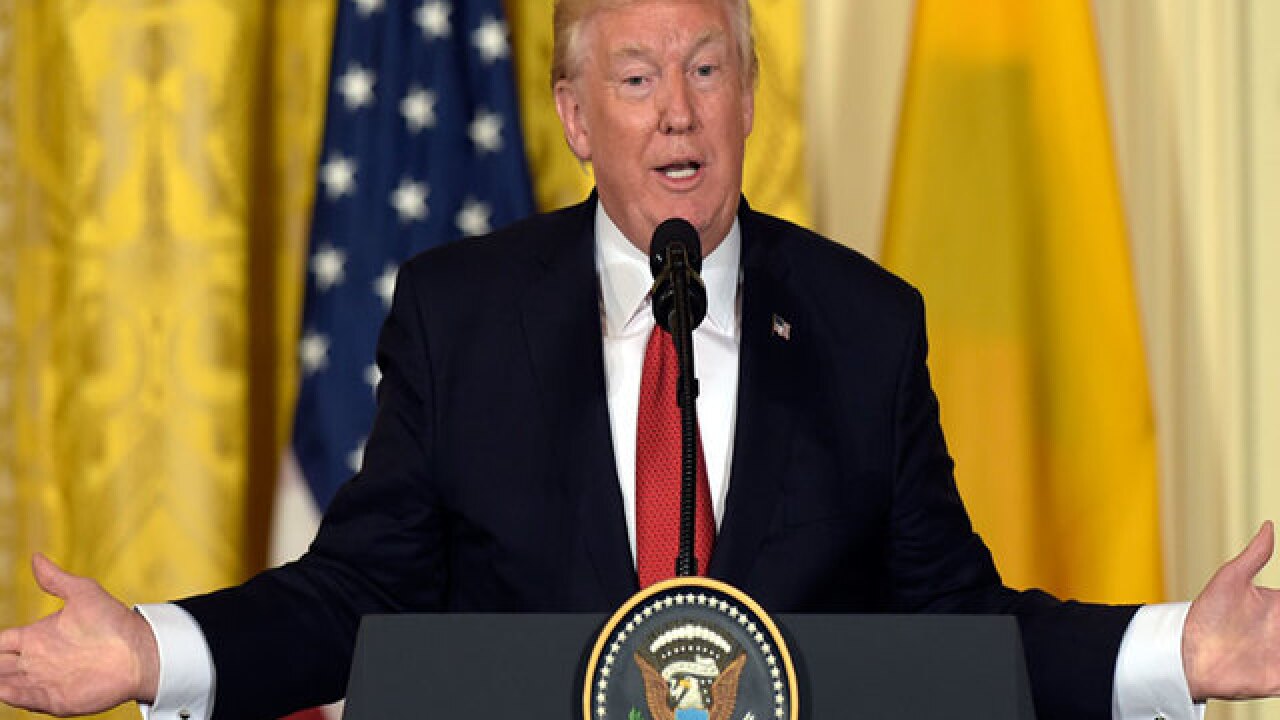 Trump's first stop on his trip will be in Saudi Arabia, where he is expected to give a speech.

He will then head to Israel for separate meetings with Israeli President Reuven Rivlin and Israeli Prime Minister Benjamin Netanyahu. Trump is also scheduled to meet with Palestinian President Mahmoud Abbas.

The president will then visit the Vatican, meeting Pope Francis for the first time.

From there, Trump will attend a NATO meeting in Belgium and then a G7 summit in Sicily, before heading back to the U.S.

All told, the trip is expected to last just over one week.

Benjamin Wittes, who runs a blog called Lawfare, described Comey as bothered by Trump's efforts to chit-chat with the FBI director, who traditionally is supposed to maintain a formal, clearly defined relationship with the president.

Wittes said the president repeatedly tried to woo Comey through phone calls, private sit-downs and even a hug.

Wittes' allegations, first told to The New York Times, revolve mostly around what he learned directly from Comey at a lunch with him at the FBI in late March, Wittes says.

Senator: Russia probe seems to be criminal investigation
-- Republican Sen. Lindsey Graham said he believes the investigation into Russia's possible involvement in the 2016 presidential election is now a criminal one.

Graham made the remarks after Robert Mueller, who was named special counsel in the Russia probe, met with several senators.

Trump has called the ongoing Russia probe a "witch hunt."

Biden did say that "Hillary would have been a really good president."

Biden declined to run for president in 2016 following the death of his son.