Israelis on edge before Trump visit 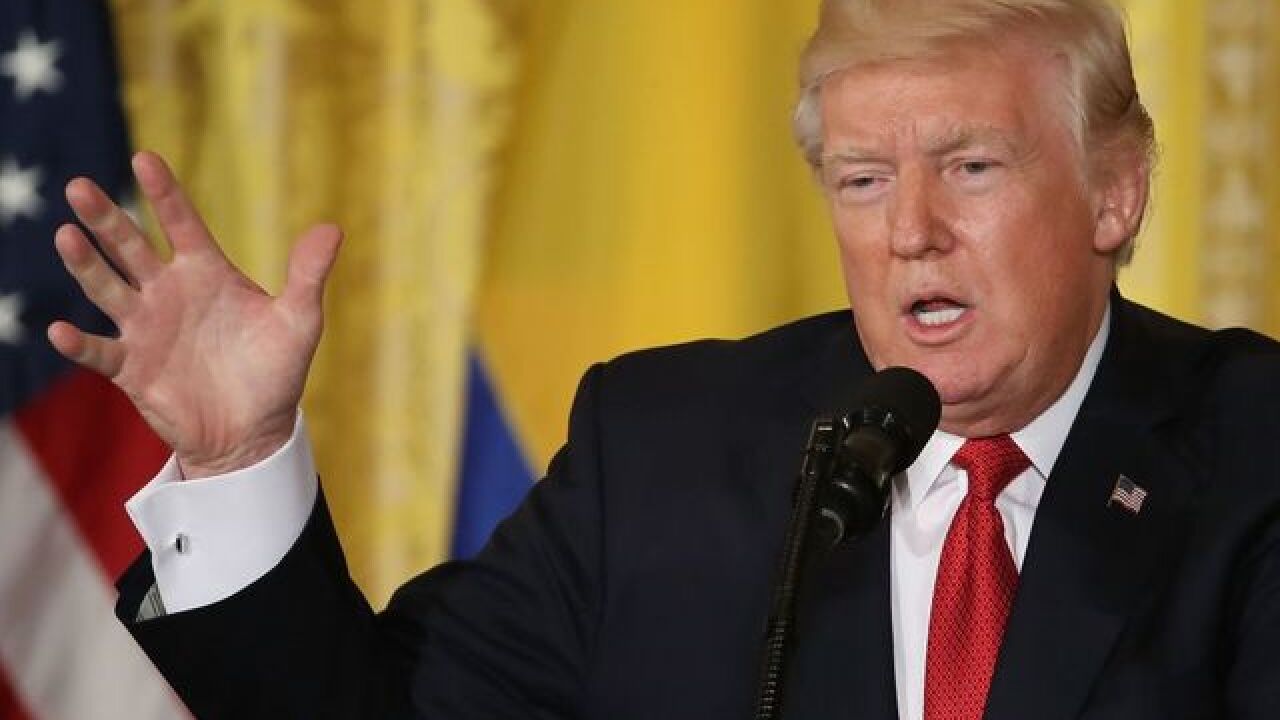 One politician put it more bluntly.

"No one has any idea what the plan is."

A changing schedule and shifting locations have made planning for the visit difficult.

Trump was scheduled to give his keynote address at Masada, a desert fortress on a mountain. It would've been a dramatic background for a speech, but the location itself was puzzling. Masada's symbolism is controversial -- the story involves a mass Jewish self-sacrifice some 2000 years ago. And the ancient palace is a difficult place to reach, lacking the facilities to easily host a presidential speech with hundreds of attendees.

The address was then moved to the Israel Museum in Jerusalem, but exact timings have remained in flux.

"These things are formulated weeks if not months before such a visit, but it seems that the White House is in such disarray that it's not clear what will happen," said Eytan Gilboa, the director of the Center of International Communication at Bar-Ilan University.

Gilboa is referring to more than just the logistics of the visit. Israeli politicians are unsure what Trump's message will be.

Four politicians from three different political parties, who spoke to CNN on condition of anonymity because of the sensitive nature of the visit, expressed the same bewilderment about what may happen when Trump visits Israel and the West Bank.

An impulsive President, liable to make spontaneous statements, has only heightened the sense of anxiety. Trump's stay will last just 26 hours, but that's more than enough time for a misstated word or offhand comment to change the entire tenor of the visit.

"Something will go wrong. That we know, but we don't know what," said one politician half-jokingly. "A successful visit right now is for it to be over."

Elaborating on the same sentiment, Gilboa said, "A successful visit is that nothing serious happens -- no failures of any kind -- (and) preventing any negative statements or stumbles."

The official line from Israel's government, echoed by the defense minister, transportation minister, and energy minister, is that relations between Israel and the United States are stronger than ever, and they will only get stronger with Trump in the White House.

"We look forward to receiving President Trump, and we want to work with ... the President," Israeli Prime Minister Benjamin Netanyahu said Tuesday at a meeting with the new US Ambassador to Israel, David Friedman. "He's coming here to strengthen our great alliance."

That optimism is not reflected outside the limelight. In private, there is a growing concern about what Trump may say or do.

Initially hailed as hero by Israel's right wing, Trump campaigned on a promise of moving the US embassy from Tel Aviv to Jerusalem and recognizing a united Jerusalem as the capital of Israel, moves that were certain to anger the Palestinians and the wider Arab world.

But upon taking office, Trump walked back his promise to move the embassy almost immediately, saying it was still under consideration. On Wednesday evening, less than a week before Trump arrived in Israel, administration officials confirmed to CNN that the embassy would stay where it is -- at least for now -- as Trump pursued a peace deal between Israelis and Palestinians.

"It's almost certainly going to be a great visit because it's about the optics," said one politician. "If he goes to the Western Wall with a kippah -- with Bibi (Netanyahu) or without Bibi -- it's a win."

So why is everyone nervous?

"The nervousness is that he's going to say 'two-state solution' and that's going to be a problem for a lot of people in the coalition," the politician said.

If Trump demands a settlement freeze to pursue peace, it could break up the government, the politician added.

A number of issues and misunderstandings in the days before the visit have only added to the tension.

US officials, meeting with Israeli officials to arrange Trump's visit, said the Western Wall was in the West Bank. Stunned, the Israeli Prime Minister's Office sought clarification from the White House, which said that the statement made was not official policy.

"The incidents about the Western Wall were very disturbing," said one politician.

In another incident, Israeli leaders have tried to downplay any fallout from Trump's alleged revelation of sensitive Israeli information to the Russians, stressing that the ties between the intelligence communities will always be strong, without ever commenting on or confirming the report. Meanwhile, former intelligence officials told CNN that Israel should consider withholding sensitive information from the United States in order to safeguard it.

In a reversal of the roles played before the election, it is the Palestinians who are confident of Trump's visit, while the Israelis worry.

"While Netanyahu wanted the Trump presidency to be a crisis for the future of Israel, Palestine, and the region, and an identical approach to that of the settler agenda, now we can say that it is not a crisis. It is an opportunity for Israelis and Palestinians," said Husam Zomlot, the Palestinian representative to the United States.

"We are equipped with a peace vision," Zomlot explained. "We have a peace agenda which is clearly defined, nationally symbolic, regionally accepted, and globally endorsed."