DC Daily: Trump suggests UCLA players owe him 'thank you' after release from custody in China 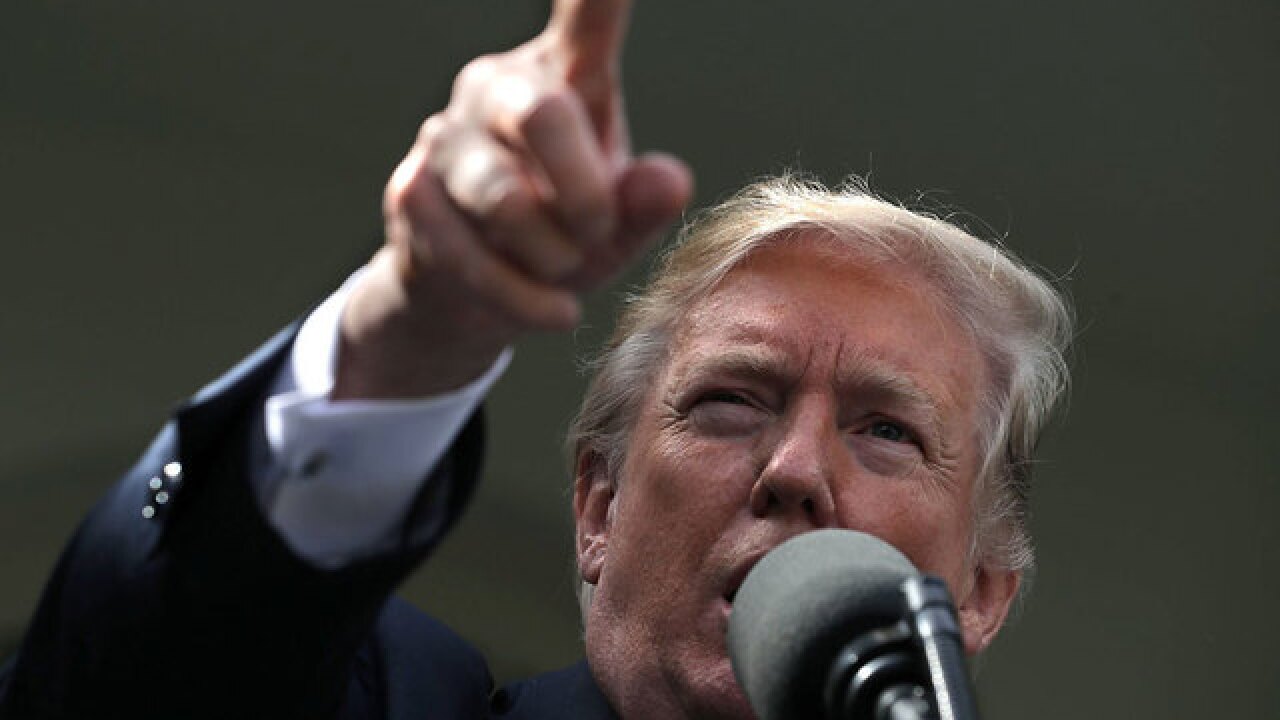 Trump questions if UCLA players will thank him for release
-- President Trump said Wednesday that three UCLA basketball players arrested in China on suspicion of shoplifting were facing "10 years in jail" and wondered whether he would receive any thanks for helping in their release.

Trump tweeted: "Do you think the three UCLA Basketball Players will say thank you President Trump? They were headed for 10 years in jail!"

Do you think the three UCLA Basketball Players will say thank you President Trump? They were headed for 10 years in jail!

The three players -- freshmen LiAngelo Ball, Cody Riley and Jalen Hill -- were arrested last week and accused of stealing from a Louis Vuitton store near the team's hotel in Hangzhou. The Bruins were in China to play against Georgia Tech.

Trump, who was in the midst of a nearly two-week Asia trip, arrived days after the arrests to meet with Chinese President Xi. Trump said he discussed the players' detention during his meeting with Xi, and it was reported the conversation played a role in the players' release.

The three players were allowed to return home and arrived in Los Angeles Tuesday night.

Pac-12 Commissioner Larry Scott thanked Trump and Chinese authorities for their role in the process.

"We are grateful for the role that our Chinese hosts played, and for the courtesy and professionalism of the local authorities," Scott said. "We also want to acknowledge UCLA's significant efforts on behalf of their student-athletes. Finally, we want to thank the president, the White House and the U.S. State Department for their efforts towards resolution."

UPDATE (11:35 a.m.): At a press conference on the UCLA campus, the three basketball players arrested in China expressed remorse over the incident and apologized for their actions.

LiAngelo Ball, Jalen Hill and Cody Riley each made separate statements of apology. The three players also thanked President Trump for his involvement in the situation.

Back from Asia trip, Trump returns to Twitter routine
-- The president, back from a 12-day Asia trip, returned to his morning Twitter routine Wednesday and took the opportunity to criticize frequent targets CNN and The New York Times.

Trump summarized his feelings on his lengthy tour with this tweet: "Our great country is respected again in Asia. You will see the fruits of our long but successful trip for many years to come!"

He followed with a critical tweet towards CNN: "While in the Philippines I was forced to watch @CNN, which I have not done in months, and again realized how bad, and FAKE, it is. Loser!"

The failing @nytimes hates the fact that I have developed a great relationship with World leaders like Xi Jinping, President of China.....

...They should realize that these relationships are a good thing, not a bad thing. The U.S. is being respected again. Watch Trade!

It is actually hard to believe how naive (or dumb) the Failing @nytimes is when it comes to foreign policy...weak and ineffective!

The president's tweet read: "May God be with the people of Sutherland Springs, Texas. The FBI and Law Enforcement has arrived."

The tweet, which appeared to be an obvious copy-and-paste from his Nov. 5 post on the Texas church shooting, sat on Trump's timeline for a while until it was eventually deleted.

May God be w/ the people of Sutherland Springs, Texas. The FBI & law enforcement are on the scene. I am monitoring the situation from Japan.

Many Twitter users were quick to slam the error.

Trump just tweeted again about the church shooting in Sutherland Springs. The 1st tweet was the day of the event, 9 days ago. Is this his shooting tweet template? He forgot to change the location to today's shooting: California. pic.twitter.com/IToC7UXkyP

The President of the United States is tweeting at midnight about the wrong mass shooting and it's like the 500th most insane Trump story of the week.

The President just tweeted about the wrong mass shooting. In his defense, they’re hard to keep track of at the moment. pic.twitter.com/TXh3T4mTpS

With Republicans currently the majority in the House of Representatives, the impeachment effort seems unlikely to move forward.