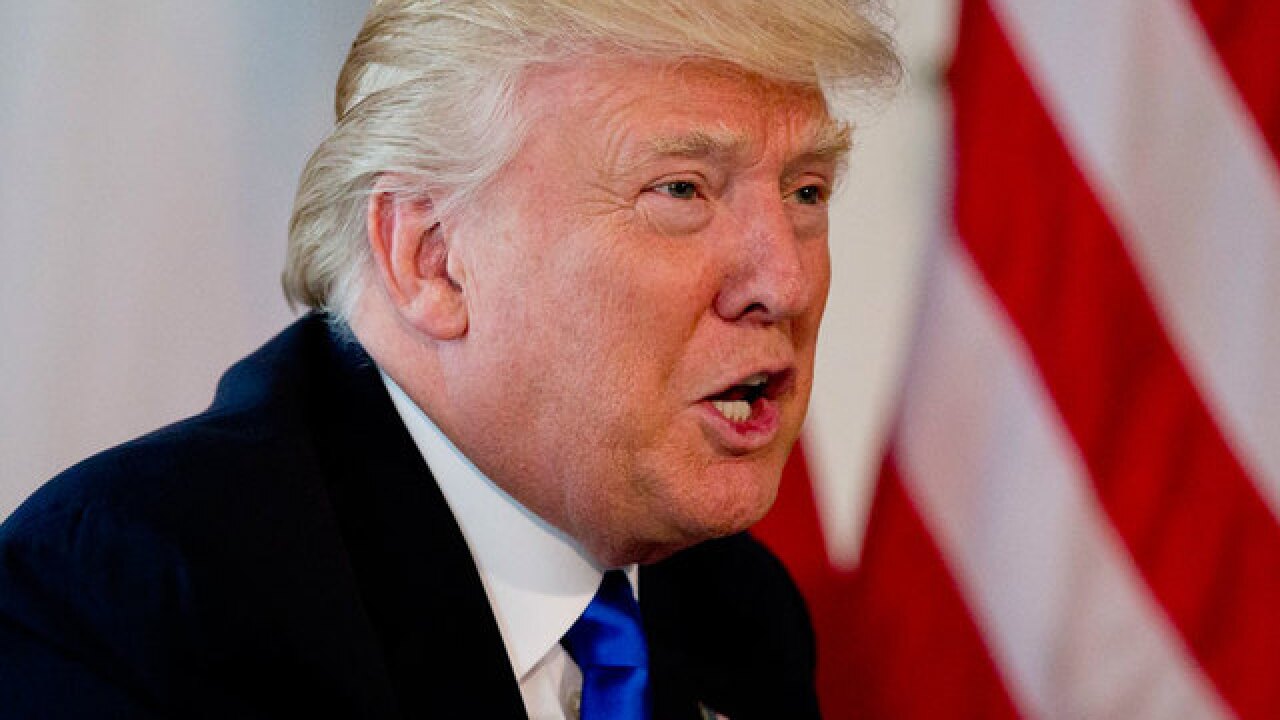 Trump slams "Sloppy Steve" Bannon as controversial book releases
-- President Trump went on the offensive Friday as a new book with bombshell revelations about his presidential campaign and administration was released.

This week, excerpts from Michael Wolff's "Fire and Fury" highlighted the inner workings of Team Trump and the first months of the Trump White House, but the passages also included potentially damaging statements made by several people with knowledge of the administration – specifically former chief strategist Steve Bannon.

Trump responded by having his lawyers serve cease-and-desist letters to Bannon and Wolff's publisher. However, the publisher responded by releasing the book four days early.

On Friday morning, Trump blasted Wolff and Bannon on Twitter:

I authorized Zero access to White House (actually turned him down many times) for author of phony book! I never spoke to him for book. Full of lies, misrepresentations and sources that don’t exist. Look at this guy’s past and watch what happens to him and Sloppy Steve!

Well, now that collusion with Russia is proving to be a total hoax and the only collusion is with Hillary Clinton and the FBI/Russia, the Fake News Media (Mainstream) and this phony new book are hitting out at every new front imaginable. They should try winning an election. Sad!

In regards to Bannon's comments in the book, former White House Press Secretary Sean Spicer said in an interview, "While he may continue to say he's a supporter of the President and his agenda, what we didn't hear is a denial. And that is what, as a PR person, troubles me. I mean, the first thing that you do when you're attacked with a falsehood is not only deny it but go out and really make a case for it."

Book: Trump insisted on false story about Trump Tower meeting
-- According to Michael Wolff's "Fire and Fury" book, President Trump insisted that a 2016 meeting in Trump Tower was about adoption policy -- after knowledge of the meeting had become public -- despite the likelihood reporters already had evidence demonstrating the meeting had been arranged to obtain dirt on Hillary Clinton.

CNN obtained a copy of the book, and in one section, Wolff writes that Trump insisted on an incorrect narrative of what happened in a June 2016 meeting at Trump Tower in New York that Donald Trump Jr., Bannon and Trump's son-in-law, Jared Kushner, had with a Russian lawyer and several others.

Wolff writes, "The President insisted that the meeting in Trump Tower was purely and simply about Russian adoption policy. That's what was discussed, period. Period. Even though it was likely, if not certain, that the Times had the incriminating email chain -- in fact, it was quite possible that Jared and Ivanka and the lawyers knew the Times had this email chain -- the president ordered that no one should let on to the more problematic discussion about Hillary Clinton."