Sean Spicer on Bannon's book quotes: 'What we didn't hear is a denial' 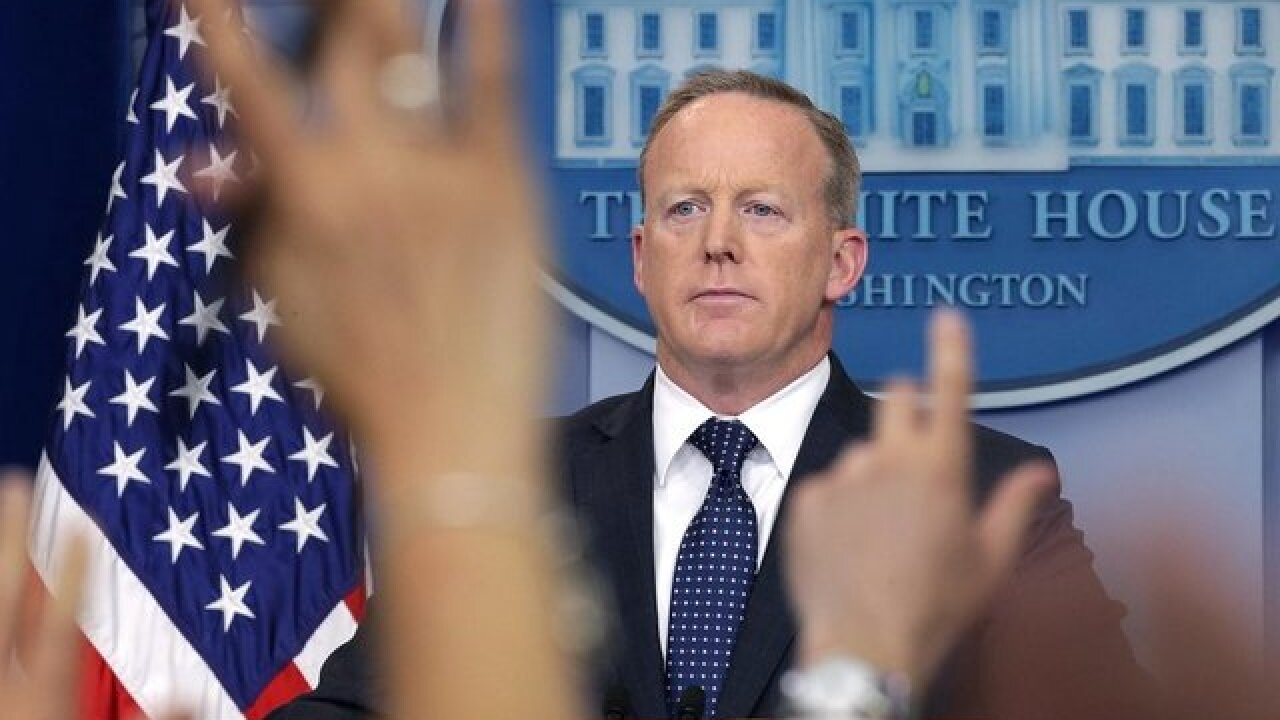 Former White House press secretary Sean Spicer said Thursday he is troubled that former White House chief strategist Steve Bannon has not denied the statements attributed to him in a recent book about the early days of President Donald Trump's tenure.

"While he may continue to say he's a supporter of the President and his agenda, what we didn't hear is a denial," Spicer said in a conversation on HLN's "SE Cupp Unfiltered."

He continued, "And that is what, as a PR person, troubles me. I mean, the first thing that you do when you're attacked with a falsehood is not only deny it but go out and really make a case for it."

Published adapted excerpts of the book by Michael Wolff say Bannon called the 2016 Trump Tower meeting between Trump campaign officials and a Russian lawyer purportedly offering damaging information about Hillary Clinton "treasonous," among other statements the book attributes to him as denigrating the President and Donald Trump Jr.

CNN has not independently verified all the details in Wolff's book.

In response to the statements, the White House has slammed the book, and Trump said in a statement that Bannon had "lost his mind."

Bannon reiterated his support for Trump in a Breitbart radio show Wednesday.

"The President of the United States is a great man," he said. "You know, I support him day in and day out."

Like the White House has done officially, Spicer questioned the veracity of the book.

"There's a lot of the quotes that I know are attributed to myself and to other people that frankly never happened," Spicer said. "There is no question that the accuracy of this book is definitely in question."

But for the quotes attributed to Bannon, Spicer said the former Trump adviser was out of line.

Regrets and defense of time in briefing room

His appearance with Cupp, a conservative commentator who has been critical of Trump, came months after he left the White House, putting an end to his bombastic and controversial time as press secretary.

Spicer's appearances in the White House briefing room gained national attention, largely due to his numerous misstatements and altercations with the press.

Looking back on his time in the job, Spicer conceded he made mistakes but denied ever intentionally misleading the public or telling a lie on behalf of Trump.

"I did my best every day to do what I could to communicate what the President's intentions were," Spicer said.

He volunteered the infamous time when he falsely claimed that Adolf Hitler "didn't even sink to using chemical weapons" as a moment he wished he could have done better.

"I screwed that up royally," Spicer said. "When I screwed up, yeah, it felt really bad."

Spicer apologized after the incident as well.

In the interview Thursday, Spicer said there had been times he made mistakes by speaking without knowing something, coming out too forcefully or not checking with Trump.

Spicer also said he could have done a better job defending the audience size for Trump's inauguration, but still maintained he did not mislead the public.

In his January 21, 2017, White House statement, Spicer attacked the media for accurate reporting and made several false claims about the inauguration, then left the briefing room without taking questions.

"We focused too much on the pictures," Spicer said, lamenting that he had not focused his statement at the time on the size of the total audience worldwide, including digital platforms.