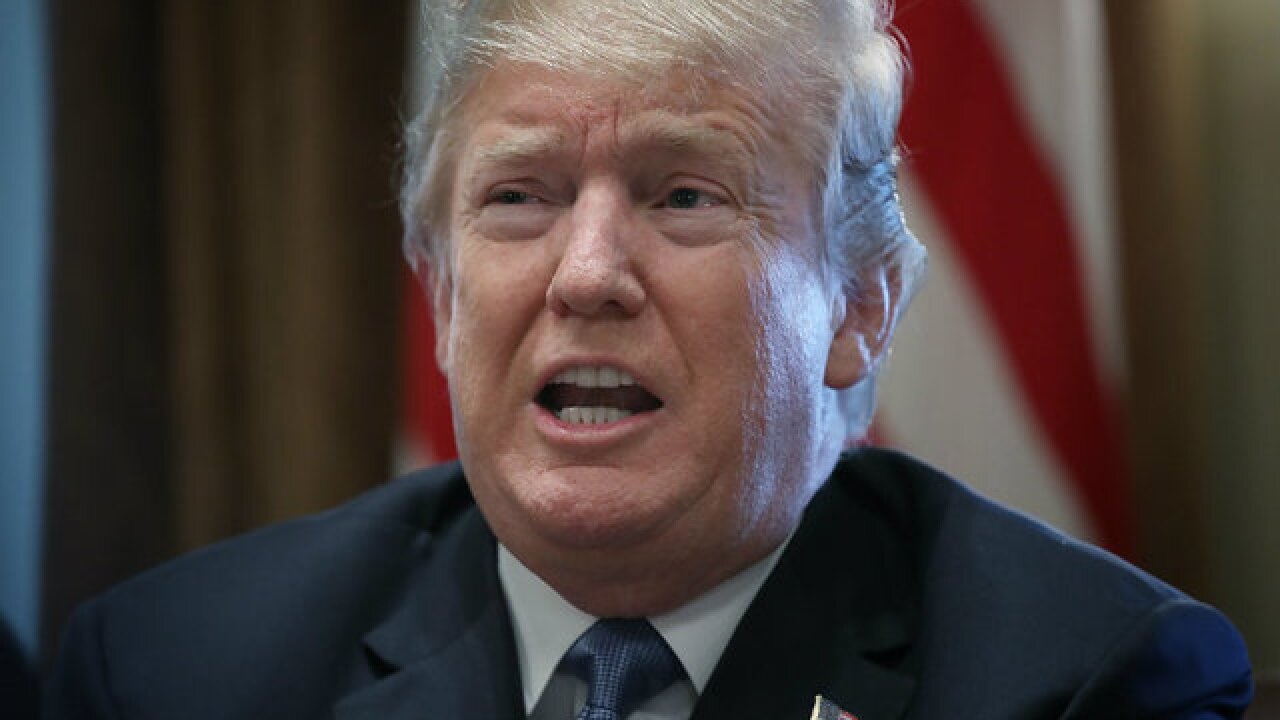 "Republicans should stop wasting their time on Immigration until after we elect more Senators and Congressmen/women in November. Dems are just playing games, have no intention of doing anything to solves this decades old problem. We can pass great legislation after the Red Wave!" Trump tweeted.

Trump's tweet was part of a string of messages aimed at Republican legislators, as well as Democrats.

"Even if we get 100% Republican votes in the Senate, we need 10 Democrat votes to get a much needed Immigration Bill - & the Dems are Obstructionists who won’t give votes for political reasons & because they don’t care about Crime coming from Border! So we need to elect more R’s!" Trump said Friday morning.

"Elect more Republicans in November and we will pass the finest, fairest and most comprehensive Immigration Bills anywhere in the world. Right now we have the dumbest and the worst. Dems are doing nothing but Obstructing. Remember their motto, RESIST! Ours is PRODUCE!"

Trump later tweeted, “We must maintain a Strong Southern Border. We cannot allow our Country to be overrun by illegal immigrants as the Democrats tell their phony stories of sadness and grief, hoping it will help them in the elections. Obama and others had the same pictures, and did nothing about it!”

The president's messages come a day after the House tabled a vote on a compromise immigration bill. It also comes just days after Trump backed down on his administration's policy of separating migrant families held in custody at the southern border.

The president tweeted, "Based on the Tariffs and Trade Barriers long placed on the U.S. and it great companies and workers by the European Union, if these Tariffs and Barriers are not soon broken down and removed, we will be placing a 20% Tariff on all of their cars coming into the U.S. Build them here!"

The EU recently placed tariffs on over $3 billion in U.S. products in response to the president's trade decisions.

Poll: Americans think the Russia investigation should continue, but Mueller's approval is falling
-- Most Americans continue to believe that the Russian effort to influence the 2016 presidential election is a serious matter that should be investigated, but the constant criticism by President Donald Trump of special counsel Robert Mueller is taking its toll, according to a CNN poll conducted by SSRS released Friday.

The number of Americans who approve of how Mueller is handling the investigation has dropped from 48% in March to 44% in May to just 41% now, the lowest it has been in CNN's polling. Mueller has a lot of company; no one connected with this matter is coming out of it in a positive light. Mueller's favorable rating is just 32%; former FBI director James Comey's favorability is just 28%; Rudy Giuliani, one of Trump's lawyers in the Russia investigation, is viewed favorably by only 31% of Americans.

Negative views of Mueller don't mean that the public is taking Trump's side. Just 29% approve of how Trump is handling the Russia investigation. Only 35% say it is an attempt to discredit Trump's presidency. Nearly 7-in-10 think Trump should testify under oath if Mueller requests it. Another 70% would disapprove if Trump issues himself a presidential pardon, with no majority in any demographic group. Trump has said he absolutely has the power to pardon himself but doesn't need to.

NFL players to Trump: Pardons aren't enough to address "systemic injustice"
-- Earlier this month, President Trump said he wants professional athletes who kneel during the National Anthem to protest racial injustice to tell him who they think the President should pardon next.

On Thursday, a group of NFL players responded to the president in a New York Times an op-ed. But the athletes aren't giving Trump a list of names. Instead, they call for broader changes to the criminal justice system.

"A handful of pardons will not address the sort of systemic injustice that NFL players have been protesting," the authors -- Doug Baldwin of the Seattle Seahawks, Anquan Boldin, a former NFL wide receiver, Malcolm Jenkins of the Philadelphia Eagles and Benjamin Watson of the New Orleans Saints -- write.

"If President Trump thinks he can end these injustices if we deliver him a few names, he hasn't been listening to us."