Poll: Americans think the Russia investigation should continue, but Mueller's approval is falling 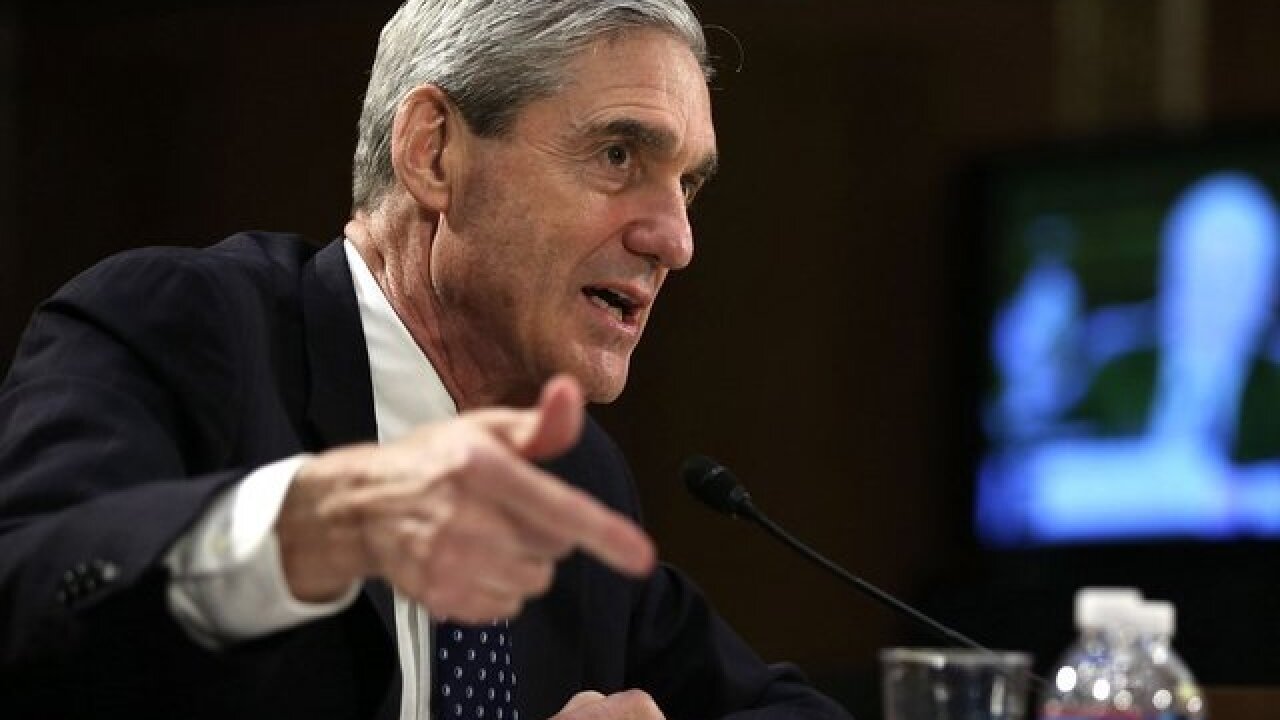 Most Americans continue to believe that the Russian effort to influence the 2016 presidential election is a serious matter that should be investigated, but the constant criticism by President Donald Trump of special counsel Robert Mueller is taking its toll, according to a CNN poll conducted by SSRS released Friday.

The number of Americans who approve of how Mueller is handling the investigation has dropped from 48% in March to 44% in May to just 41% now, the lowest it has been in CNN's polling. Mueller has a lot of company; no one connected with this matter is coming out of it in a positive light. Mueller's favorable rating is just 32%; former FBI director James Comey's favorability is just 28%; Rudy Giuliani, one of Trump's lawyers in the Russia investigation, is viewed favorably by only 31% of Americans.

And look how Giuliani's public image has really taken a hit. Once upon a time, America's Mayor was viewed favorably by two-thirds of all Americans. As recently as 2011, a majority still had a positive view of him. In 2016, his favorable rating was 19 points higher than his unfavorables. Now 45% have an unfavorable view of Giuliani and only 31% see him in a positive light.

Negative views of Mueller don't mean that the public is taking Trump's side. Just 29% approve of how Trump is handling the Russia investigation. Only 35% say it is an attempt to discredit Trump's presidency. Nearly 7-in-10 think Trump should testify under oath if Mueller requests it. Another 70% would disapprove if Trump issues himself a presidential pardon, with no majority in any demographic group. Trump has said he absolutely has the power to pardon himself but doesn't need to.

Russian President Vladimir Putin is doing poorly among Americans but no worse than usual. While his favorability ratings are extremely low (11% favorable, 72% unfavorable), they've been that way for a while.

The country is split on a case brought by the New York attorney general against the President and other directors of Trump's charitable foundation , including for unlawful political cooperation with his campaign. While one-third say that the state of New York is suing the foundation for illegal behavior, just a slightly lower percentage (30%) say that it was unethical but not illegal. Eighteen percent say they don't believe he did anything wrong.

And what about the idea of impeachment? It hasn't yet caught on with Democratic leaders, who have not pushed it. Forty-two percent of Americans currently say that Trump should be impeached and removed from office, including 77% of Democrats (not surprising) and only 9% of Republicans (even less surprising).

Where does that 42% stand in historical context? It's a lot higher than support for impeaching Bill Clinton, which hovered around 29% through most of 1998, when he was impeached by the House of Representatives. It's higher than the number who supported impeaching either Barack Obama or George W. Bush (around 29%-30% supported impeaching them, suggesting that 30% is roughly a baseline of pro-impeachment sentiment for a modern president).

Support for impeaching Richard Nixon reached 43% in March of 1974. But that poll, taken by Harris, came after the Saturday Night Massacre and after the Senate Watergate hearings that dragged on for months, after John Dean pleaded guilty and cooperated with prosecutors against Nixon, after it became clear that Nixon had bugged the Oval Office, and after the existence of the infamous 18-and-a-half minute gap was revealed. The fact that Trump is already in Nixon territory without similar events already taking place is suggestive but not predictive. Nixon resigned in August of 1974 one step ahead of an impeachment vote. There's no indication any such vote is coming for Trump.

The poll was conducted by SSRS among a random national sample of 1,012 adults reached on landlines or cellphones by a live interviewer. Results for the full sample have a margin of sampling error of plus or minus 3.7 percentage points; it is larger for subgroups.