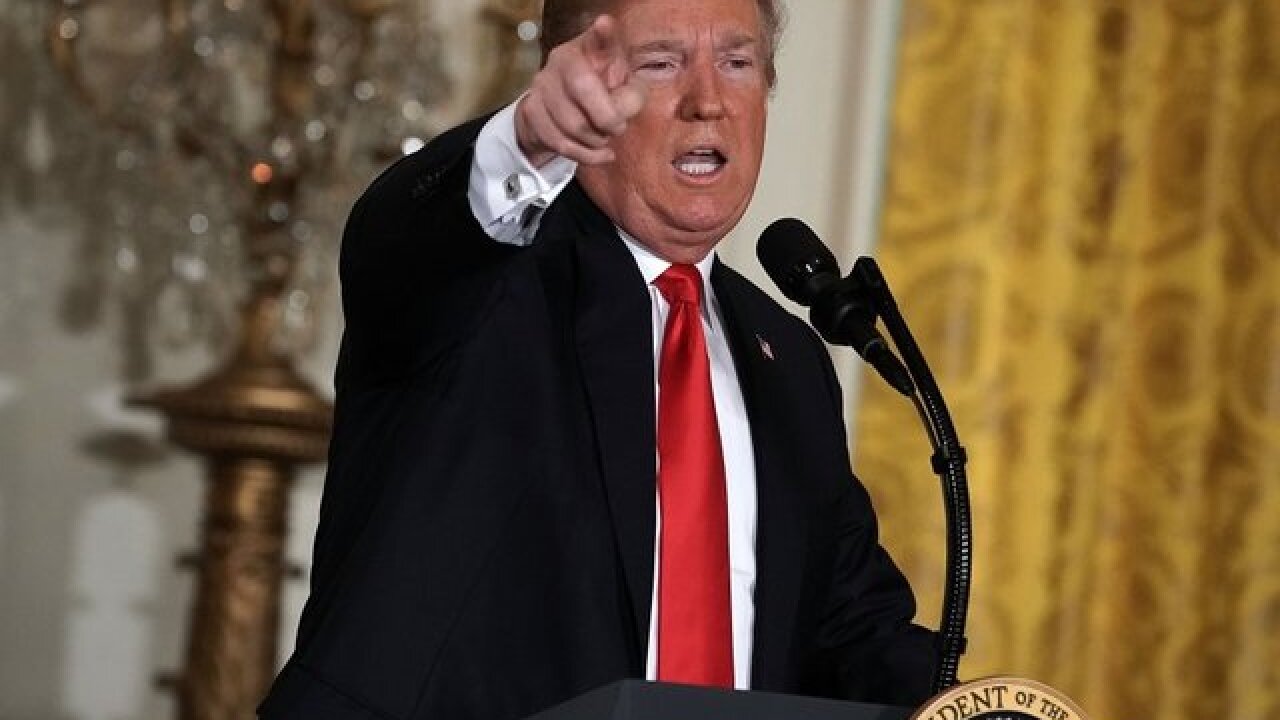 Earlier this month, President Donald Trump said  he wants professional athletes  who kneel during the National Anthem to protest racial injustice to tell him who they think the President should pardon next.

On Thursday, a group of NFL players responded to the President in a  New York Times   an op-ed . But the athletes aren't giving Trump a list of names. Instead, they call for broader changes to the criminal justice system.

"A handful of pardons will not address the sort of systemic injustice that NFL players have been protesting," the authors -- Doug Baldwin of the Seattle Seahawks, Anquan Boldin, a former NFL wide receiver, Malcolm Jenkins of the Philadelphia Eagles and Benjamin Watson of the New Orleans Saints -- write.

"If President Trump thinks he can end these injustices if we deliver him a few names, he hasn't been listening to us."

The athletes give Trump credit for his  recent decision to commute the sentence  of first-time, nonviolent drug offender Alice Marie Johnson. Then they call on the President to issue a "blanket pardon" for individuals like Johnson.

"People like Alice Johnson ... should not be given de facto life sentences for nonviolent drug crimes in the first place. The president could stop that from happening by issuing a blanket pardon for people in that situation who have already served long sentences," they write.

The athletes identify imprisonment of elderly individuals who "pose little to no risk to society" as another "systemic problem in federal prison," and write, "President Trump could order the release of any drug offender over the age of 60 whose conviction is not recent. That would be the morally right thing to do."

The op-ed outlines other recommendations that extend beyond issuing pardons.

"Apart from using the pardon power, there are policies the President and the attorney general could implement to help," they write," calling for an end to life without parole for individuals who have committed nonviolent offenses.

"The President can implement these changes with his pardon power and other executive decisions. His ability to change the lives of people for the better is immense. We hope he uses it, not just for the few, but for the many," they added.

The White House did not immediately respond to a CNN request for comment.