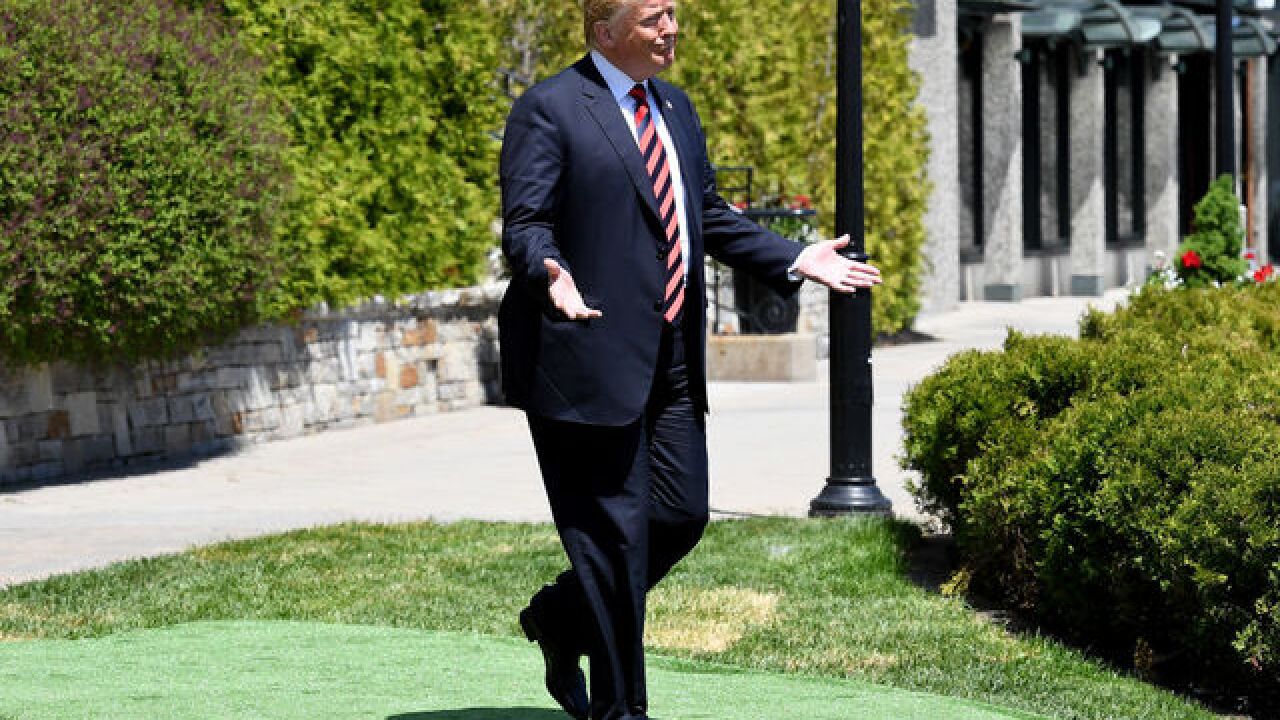 Copyright Getty Images
Leon Neal
<p>QUEBEC CITY, QC - JUNE 08: U.S. President Donald Trump arrives for the G7 official welcome at Le Manoir Richelieu on day one of the G7 meeting on June 8, 2018 in Quebec City, Canada. Canada will host the leaders of the UK, Italy, the US, France, Germany and Japan for the two day summit, in the town of La Malbaie. (Photo by Leon Neal/Getty Images)</p>

Trump: North Korea's Kim has a "one-time shot" at peace

"I feel that Kim Jong Un wants to do something great for his people," Trump said during the G7 Summit in Canada, CNN reported. "And he has that opportunity, and he won't have that opportunity again."

Though trying to strike an optimistic outlook, at the same time, Trump said there's a "good chance" the meeting would not work out and said he would know whether or not that happens almost immediately.

"I think within the first minute I'll know," Trump said.

-- The Department of Justice won't defend the Deferred Action for Childhood Arrivals in a federal lawsuit by Texas and six other states challenging the program's constitutionality.

The DOJ said the DACA policy is unlawful and is "an open-ended circumvention of immigration laws."

While Trump moved to end the program granting protections to young, undocumented immigrants who come to the US as children, federal courts have blocked him for the time being.

Karen Tumlin, legal director of the National Immigration Law Center, said the DOJ's position was not a surprise.

"Reminder: this is the same administration that ended DACA without a coherent legal basis and without care for DACA recipients," Tumlin wrote on Twitter.

-- Chinese hackers stole a massive amount of sensitive data from the U.S. Navy, including plans for a supersonic anti-ship missile.

The hacking took place in January and February, according to the Washington Post, but it's unclear what contractor was targeted.

"Per federal regulations, there are measures in place that require companies to notify the government when a 'cyber incident' has occurred that has actual or potential adverse effects on their networks that contain controlled unclassified information," Navy Lt. Marycate Walsh said in a statement. "It would be inappropriate to discuss further details at this time."