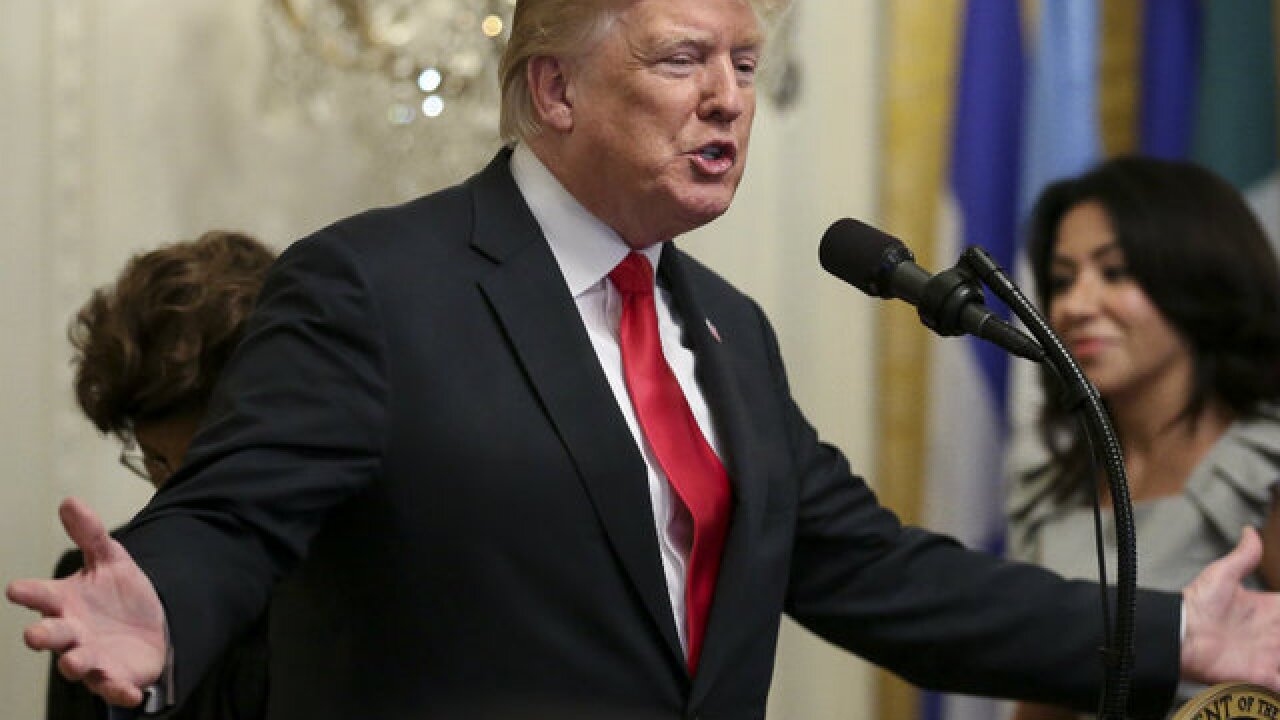 Trump orders declassification of FBI documents
-- President Trump issued an order to have documents in the ongoing Russia investigation to be declassified.

Republican lawmakers say the documents and text messages show an anti-Trump bias within the FBI and in the ongoing Russia probe.

In response, Democrats have called the president’s order an abuse of power.

Trump tweeted Tuesday morning that the order shows "really bad things were happening, but they are now being exposed. Big stuff!"

As part of his plea deal for lying to investigators, Flynn is cooperating with Special Counsel Robert Mueller's investigation into Russian interference in the 2016 U.S. presidential election.

Flynn's sentencing has been repeatedly delayed since he took that plea -- indicating he was still providing investigators with information.

But on Monday, Mueller and Flynn's legal team said in a joint status report that "the matter is now ready to be scheduled for sentencing." Both sides requested Flynn be sentenced on Nov. 28 or the following seven business days.

Flynn's charge carries a sentence of up to five years in prison. His plea agreement suggested a sentence of zero to six months in custody, but the judge isn't required to follow that deal.

White House plan to defend Kavanaugh relies heavily on women
-- It was not immediately clear how Judge Brett Kavanaugh's Supreme Court confirmation process would further unfold as he arrived at the White House just after 10 a.m. on Monday, now facing a public allegation of sexual assault.

But by the time Kavanaugh left about nine hours later, a public hearing to address the allegation had been scheduled and the White House's battle plan had begun to take shape.

The plan, the officials said, will rely heavily on women who will attest to Kavanaugh's good character -- including from his teenage years, during which he is alleged to have sexually assaulted Christine Blasey Ford.

The White House has been contacting many of the 65 women who signed a letter in support of Kavanaugh that was released after an anonymous allegation of sexual assault surfaced -- before Ford emerged this weekend to put a name and a face to her accusation -- to see if they would be willing to publicly back him in the coming week. Many of those women, one official said, are prepared to publicly defend Kavanaugh.

Some of those women and other female surrogates will be out front this week attesting to his character. Already on Monday, women who worked with Kavanaugh in the administration of President George W. Bush began to release statements expressing their support for him as part of a campaign to defend the federal judge's integrity using the hashtag #IStandWithBrett.