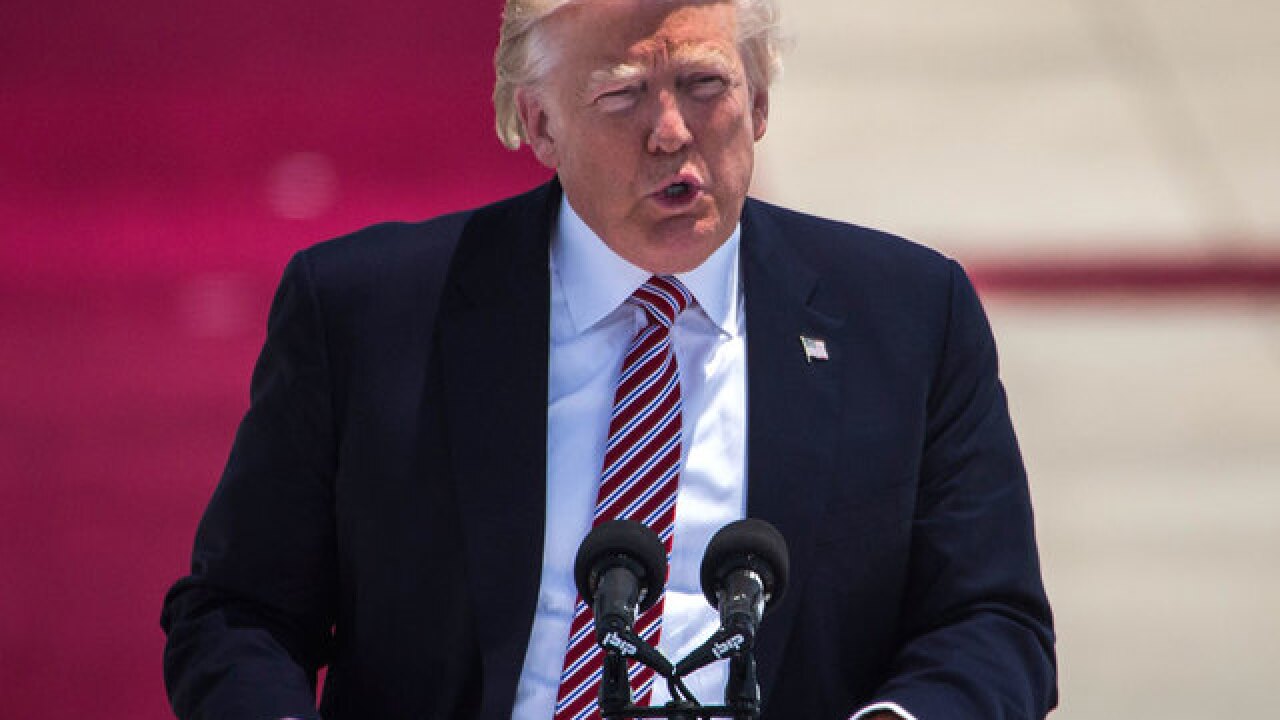 Trump refers to Manchester concert attackers as "losers"
-- Following Monday night's terror attack at a concert in Manchester, England, President Trump lashed out against the perpetrators.

The president said, "I extend my deepest condolences to those so terribly injured in this terrorist attack and to the many killed and the families, so many families, of the victims. We stand in absolute solidarity with the people of the United Kingdom."

He added, "So many young beautiful innocent people living and enjoying their lives murdered by evil losers in life. I won't call them monsters because they would like that term. They would think that's a great name. I will call them from now on losers because that's what they are … They're losers, and we'll have more of them, but they're losers, just remember that."

We stand in absolute solidarity with the people of the United Kingdom. pic.twitter.com/X6fUUxxYXE

At least 22 people, many of them children, died in the attack outside of Manchester Arena following an Ariana Grande concert.

One person was arrested in connection with the attack, while the act itself was believed to be carried out by a lone suicide bomber identified by British authorities as Salman Abedi.

ISIS has claimed responsibility for the attack, but offered no evidence to support their claim.

All civilized nations must join together to protect human life and the sacred right of our citizens to live in safety and in peace.

The $4 trillion proposal, which was delivered to Congress Tuesday, includes a $52 billion spending increase for the Department of Defense and $2.6 billion to fund the initial stages of the proposed border wall.

Massive cuts are also a part of the president's plan. Funding is expected be cut from federal aid programs such as food stamps and Medicaid, as well as educational and environment-related programs.

The proposed $800 billion cut to Medicaid is reliant on the Republican health care bill becoming law.

Trump's comments came as he returned from a meeting with Palestinian Authority President Mahmoud Abbas. He met Monday evening with Israeli Prime Minister Benjamin Netanyahu, who sat on stage with Trump as he delivered his remarks Tuesday at the Israel Museum.

Reports: Trump asked top intelligence officials to deny Russia probe evidence
-- President Donald Trump called two top intelligence community figures to request that they deny in public any evidence of collusion between his campaign and the Russian government during the 2016 election, multiple current and former US officials with knowledge tell CNN.

Trump's requests to Director of National Intelligence Dan Coats and National Security Agency Director Adm. Michael Rogers came after then-FBI Director James Comey publicly revealed before the House intelligence committee on March 20 that the FBI had an investigation into collusion to influence the 2016 election.

Both Coats and Rogers were uncomfortable with the nature of the President's request and refused to comply, the sources told CNN.

In a response to CNN, a White House spokesperson, who declined to be identified by name, said: "The White House does not confirm or deny unsubstantiated claims based on illegal leaks from anonymous individuals. The President will continue to focus on his agenda that he was elected to pursue by the American people."