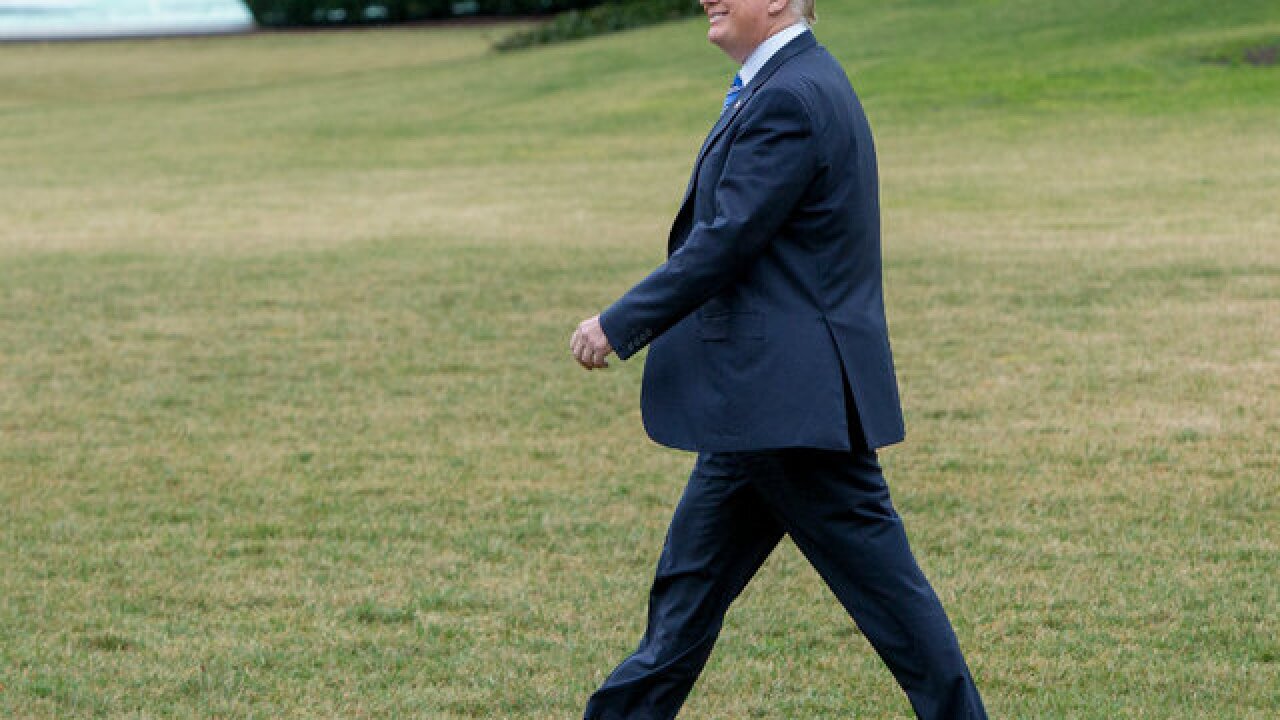 Copyright Getty Images
Tasos Katopodis
President Donald Trump walks from the Oval Office to the Marine One helicopter as they depart from the South Lawn of the White House on February 16, 2018 in Washington, DC.

Principal Deputy Press Secretary Raj Shah said in a statement on Monday that Trump spoke with Sen. John Cornyn, a Texas Republican, on Friday about a bill he introduced with Sen. Chris Murphy, a Connecticut Democrat, that aims to strengthen how state and federal governments report offenses that could prohibit people from buying a gun.

"While discussions are ongoing and revisions are being considered, the President is supportive of efforts to improve the federal background check system," Shah said.

Students, teachers and lawmakers have urged Trump and other Republican lawmakers to take action on guns in the wake of the Parkland, Florida, shooting.

Trump slams Oprah after "60 Minutes" interview
-- President Donald described Oprah Winfrey as "very insecure" and accused her of being "biased and slanted" after an interview on CBS's "60 Minutes" that addressed his presidency.

Oprah hosted a group discussion with 14 voters who had appeared on the show in fall 2017 -- half who had voted for Trump and half who had not.

The discussion looked at whether the the pro-Trump panelists still backed the President, his alleged "s***hole countries" comments, the worldview of the U.S. under his leadership, questions around Trump's stability and fitness for office, and accusations of inappropriate sexual behavior.

After the show aired, Trump tweeted: "Just watched a very insecure Oprah Winfrey, who at one point I knew very well, interview a panel of people on 60 Minutes. The questions were biased and slanted, the facts incorrect. Hope Oprah runs so she can be exposed and defeated just like all of the others!"

Just watched a very insecure Oprah Winfrey, who at one point I knew very well, interview a panel of people on 60 Minutes. The questions were biased and slanted, the facts incorrect. Hope Oprah runs so she can be exposed and defeated just like all of the others!

Earlier this year, after Winfrey's stirring speech at the Golden Globe Awards sparked speculation of a presidential run, Trump said he would "beat Oprah" if she were to run, but added he believed she would not pursue the presidency.

Answering a question from CNN on a weekly telephone news conference, the spokesman for Russian President Vladimir Putin, Dmitry Peskov, said the indictments provided "no substantial evidence" of Russian meddling, and that there were "no indications that the Russian state could have been involved."

"We didn't see any substantial evidence of someone interfering in the domestic affairs," Peskov added. He said the US indictment "mentions Russian citizens, but we heard the accusations against the Russian state -- that the Russian state, the Kremlin and the Russian government were involved."