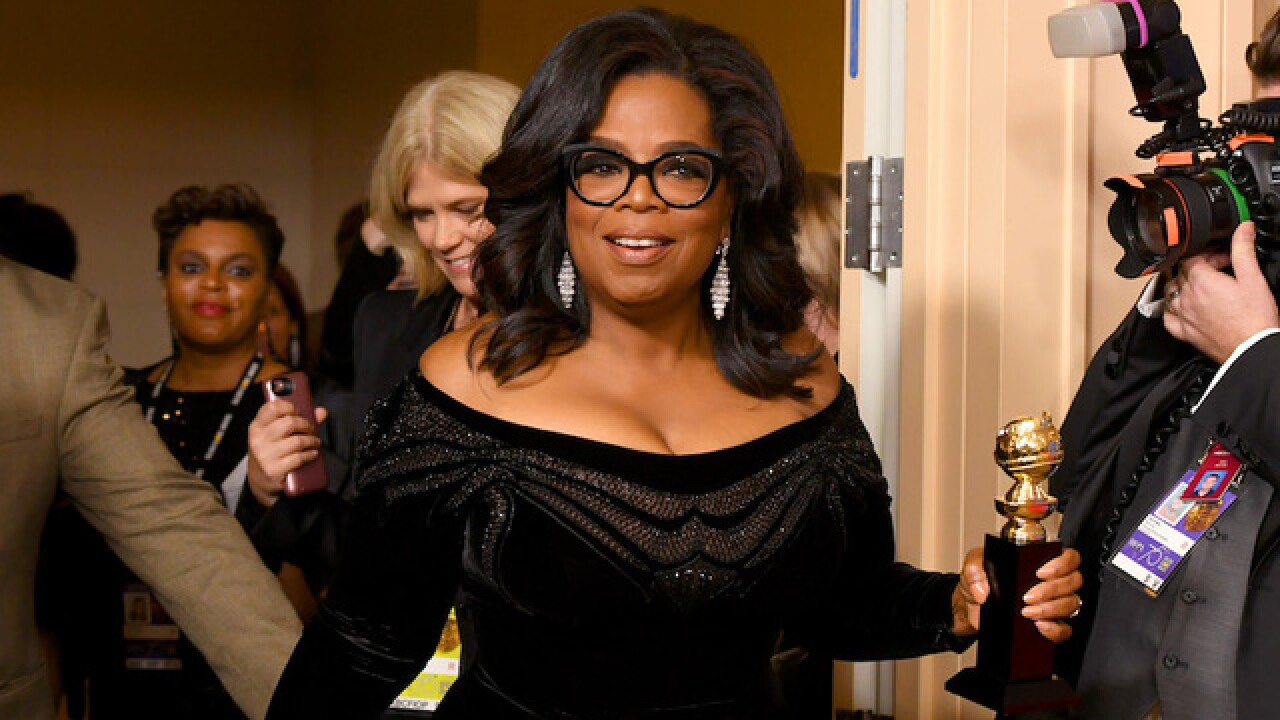 Image copyright 2018 Getty Images. All rights reserved. This material may not be published, broadcast, rewritten, or redistributed.
Kevin Winter
<p>BEVERLY HILLS, CA - JANUARY 07: Oprah Winfrey arrives with the Cecil B. DeMille Award in the press room during The 75th Annual Golden Globe Awards at The Beverly Hilton Hotel on January 7, 2018 in Beverly Hills, California. (Photo by Kevin Winter/Getty Images)</p>

President Donald Trump described Oprah Winfrey as "very insecure" and accused her of "biased and slanted" after an interview on CBS's "60 Minutes" that addressed his presidency.

Oprah hosted a group discussion with 14 voters who had appeared on the show in fall 2017 -- half who had voted for Trump and half who had not.

The discussion looked at whether the the pro-Trump panelists still backed the President, his alleged "s***hole countries" comments, the worldview of the US under his leadership, questions around Trump's stability and fitness for office, and accusations of inappropriate sexual behavior."

"Just watched a very insecure Oprah Winfrey, who at one point I knew very well, interview a panel of people on 60 Minutes. The questions were biased and slanted, the facts incorrect. Hope Oprah runs so she can be exposed and defeated just like all of the others!" Trump tweeted after the show was broadcast.

Just watched a very insecure Oprah Winfrey, who at one point I knew very well, interview a panel of people on 60 Minutes. The questions were biased and slanted, the facts incorrect. Hope Oprah runs so she can be exposed and defeated just like all of the others!

Oprah's speech at the January Golden Globes -- in which she praised the #MeToo movement -- prompted calls for the star to run for president and at least one hypothetical poll gave her an 11% lead over Trump.

Amid the speculation, Trump told reporters: "Yeah, I'd beat Oprah. Oprah would be a lot of fun. I know her very well. You know I did one of her last shows -- she had Donald Trump (this is before politics) her last week and she had Donald Trump and my family, it was very nice. No, I like Oprah. I don't think she's going to run."

Back in 1999, Trump was more effusive about the then talk-show host. Asked on CNN about a potential vice presidential running mate, Trump told Larry King: "Oprah -- I love Oprah -- Oprah would always be my first choice."

Oprah was "really a great woman -- she is a terrific woman -- she's someone that's very special," he said. "I think if she'd do it, she'd be fantastic. I mean she's popular, she's brilliant, she's a wonderful woman. I mean if she'd ever do it -- I don't know that she'd ever do it .... she'd be sort of like me. I've got a lot of things going, she's got a lot of things going."Trump concluded then that the two of them would be a "pretty good ticket."

On Sunday's edition of "60 Minutes" Overtime, Oprah said her Golden Globes speech had not been an attempt to dip her toe into politics.

"Are you kidding me? I was just trying to give a good speech," she told Ann Silvio. "I was looking for a way to express what was going on in this moment in terms of gender and class and race. "Oprah told Silvio that running for president was "not in my DNA."

"I am actually humbled by the fact that people think that I could be a leader of the free world, but it's just not in my spirit," she said.

She said wealthy men had offered to run a campaign and raise funds for her and that gave her pause to think because she valued their opinions, but that she had not heard God calling her to run.