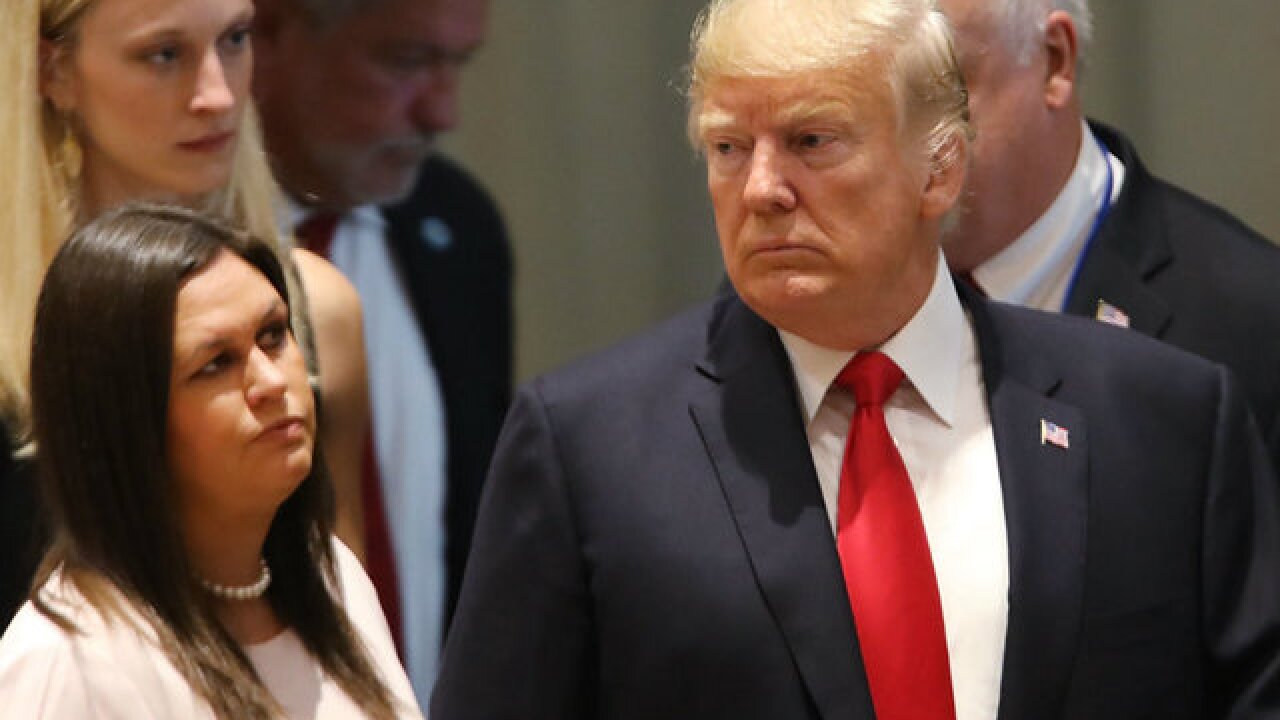 In the year since he made his first appearance at the UN as president, Trump has sparked trade wars with allies and adversaries alike, delivered a stunning diplomatic détente with North Korea and withdrawn the United States from yet more multilateral agreements and commitments.

Those efforts will all be on display as Trump addresses the gathering of world leaders on Tuesday morning, delivering a speech that -- like last year -- will tout the President's "foreign policy successes," according to U.S. Ambassador to the UN Nikki Haley, and stress a theme of U.S. sovereignty.

Trump will emphasize U.S. commitment to its sovereignty above all international organizations and multilateral agreements on the heels of several moves that have put that effort on display, including most recently a decision to cut funding for the UN agency that supports Palestinian refugees and a speech by his national security adviser John Bolton undercutting the International Criminal Court.

White House open to second Kavanaugh accuser testifying
-- The White House would be open to having Deborah Ramirez, the second woman to publicly accuse Supreme Court nominee Brett Kavanaugh of sexual misconduct, to testify before the Senate Judiciary Committee on Thursday.

"Certainly we would be open to that and that process could take place on Thursday," White House press secretary Sarah Sanders said on ABC News' "Good Morning America" Tuesday morning.

"The President's been clear: Let's let them speak," Sanders said. "But let's also let Brett Kavanaugh speak, and let's let him tell his side of the story before we allow allegations to determine his entire future."

Kavanaugh plans to defend himself on Thursday against an accusation from Professor Christine Blasey Ford, who is also set to testify, that he pushed her into a bedroom, pinned her down, held his hand over her mouth as she tried to scream and attempted to remove her clothes when they were both in high school in the early 1980s. The judge has categorically denied the allegation.

Cruz forced to leave restaurant amid Kavanaugh drama
-- Sen. Ted Cruz was forced to leave a Washington restaurant Monday after left-wing activists swarmed the senator, heckling him with chants and demanding to know his position on embattled Supreme Court nominee Brett Kavanaugh.

In two videos posted to Twitter, a small group of activists can be seen confronting Cruz and his wife, Heidi, as the couple makes their way to a table at Fiola, an Italian restaurant near the Capitol building.

The videos have garnered more than 1.2 million views since they were posted late Monday.

GOP sees highest favorability in seven years
-- Just less than half of Americans -- 45% -- said they have a favorable view of the Republican party, according to a Gallup poll released Monday. And while the party fears a difficult midterm Election Day in November, this is the highest favorable view of the party since January 2011, when the party hit 47%, immediately after retaking Congress during the 2010 midterm elections.

In 2010, during President Barack Obama's first term midterm elections, Republicans won six seats in the Senate and 63 in the House. In November of that year, the party's favorability was 45%, the same as it is now.

The Republicans' record high came in January 2002, Gallup's first poll after 9/11, when 61% of Americans thought of the party in a positive light.

Democrats are only one percentage point behind Republicans, with a 44% favorability rating. However, that has been more common for the party. They've wavered between 40% and 45% since mid-2015.

Some could interpret this as a good sign for the Republican Party, that if their success in 2010 was predicted by higher ratings, it could forecast their holding of Congress in November.