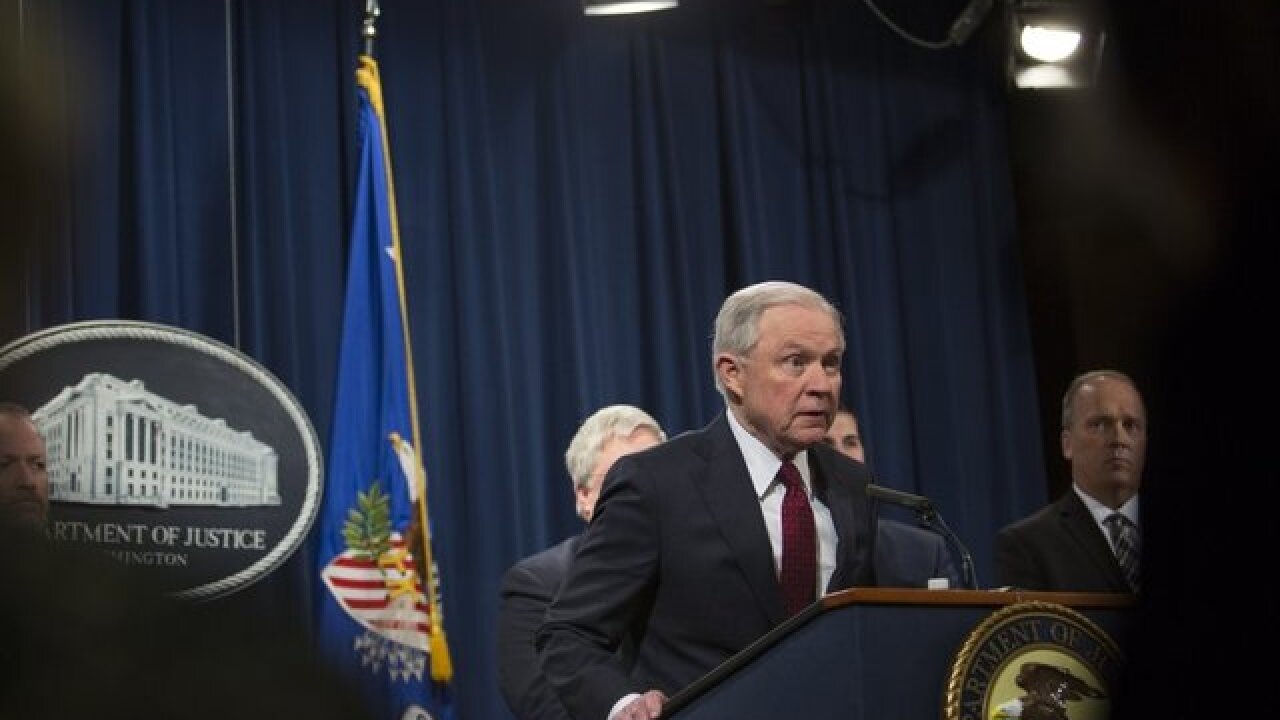 Here's what's happening in the world of politics Saturday, April 21, 2018.

WaPo: Sessions threatened to resign if Rosenstein was fired

Sessions reportedly told the White House he would have considered leaving if Trump had fired Rosenstein, though another source told the Post, that the comment was less a threat and more an attempt to convey his difficult position.

CNN reported this month that the White House was preparing an effort to undermine Rosenstein.

-- President Trump took to Twitter early Saturday, lashing out at the New York Times over an article suggesting his relationship with his personal lawyer Michael Cohen was strained.

"The New York Times and a third rate reporter named Maggie Haberman, known as a Crooked H flunkie who I don’t speak to and have nothing to do with, are going out of their way to destroy Michael Cohen and his relationship with me in the hope that he will “flip.” They use ... non-existent “sources” and a drunk/drugged up loser who hates Michael, a fine person with a wonderful family. Michael is a businessman for his own account/lawyer who I have always liked & respected. Most people will flip if the Government lets them out of trouble, even if ...  it means lying or making up stories. Sorry, I don’t see Michael doing that despite the horrible Witch Hunt and the dishonest media!"

Roger Stone, who served as an informal political advisor to President Trump, told the paper, “Donald goes out of his way to treat him like garbage."

This month, FBI agents raided Cohen's offices and hotel room and seized business records, emails and other materials related to any communications Cohen had with the president during his 2016 campaign.

-- The first human rights report under the Trump Administration is facing sharp backlash over the omission of references to "reproductive rights" and "occupied territories."

Critics pointed out the report's replacement of sections on "reproductive rights" with ones on "coercion in population control."

The Trump Administration says the omission was "not a diminishment of women's rights or a desire to get away from it. It was to stop using a term that has several different meanings that are not all the ones we intend."

This year's section title, "Israel, Golan Heights, West Bank, and Gaza," was used as opposed to last year's "Israel and the Occupied Territories."