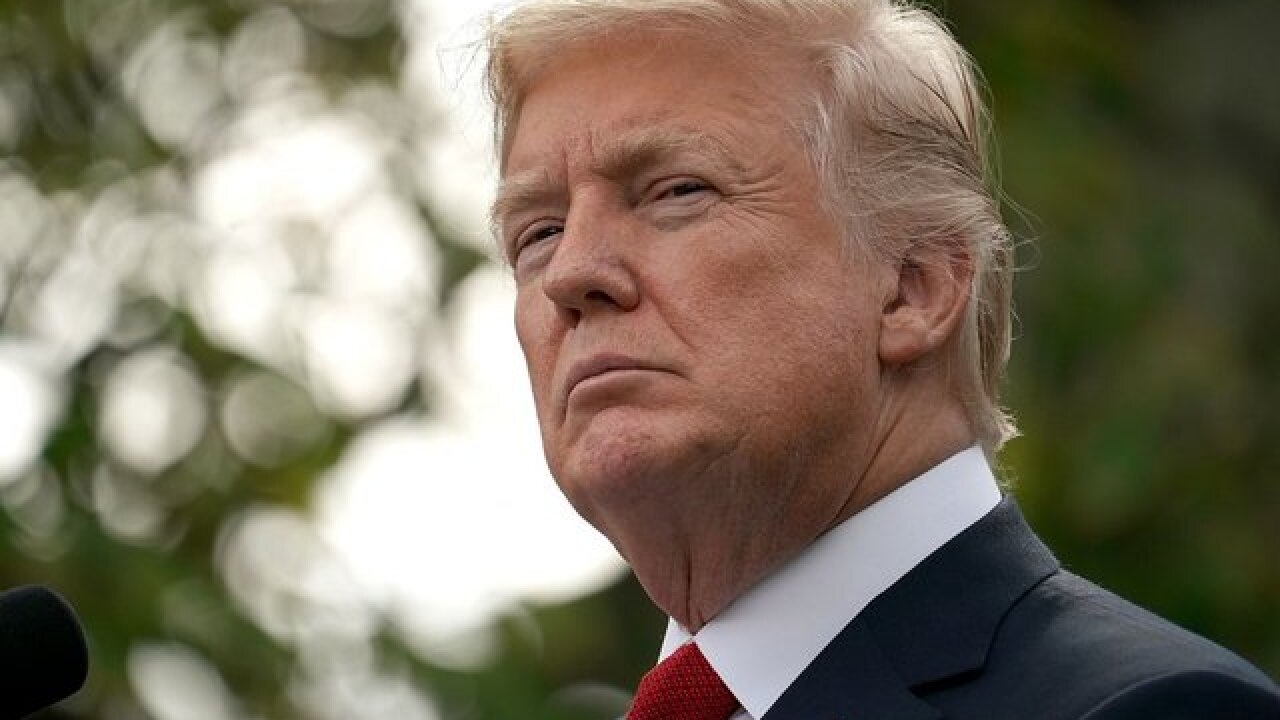 Sunday, President Trump landed in the Philippines for the last stop on his five-country visit to Asia.

Trump’s visit will include stops at the Association of Southeast Asian Nations (ASEAN) and East Asia summits.

While in the country, Trump plans to address human rights with Philippines President Rodrigo Duterte, according to CNN.

Hours before the President’s visit, riot police used water canons to prevent hundreds of protesters from reaching the U.S. embassy in the city of Manila.

Sunday morning, Trump re-tweeted the U.S. embassy, which took to Twitter to welcome the president to the country.

(ABC) -- While President Donald Trump says he believes Russian President Vladimir Putin is sincere when he denies that Russia sought to interfere in the 2016 U.S. election, the president said he personally believes the conclusion of the U.S. intelligence community -– and not Putin -– that Russia did in fact meddle in the election.

“I believe he believes that,” Trump said of Putin’s denials during a joint press conference with Vietnam’s President Tran Dai Quang at the presidential palace in Hanoi and expressed surprise that there was any confusion about what he meant after previously telling reporters that Putin “means it” when he says he didn’t meddle.

Trump went on to say he personally accepts the opinion of the U.S. intelligence agencies “as currently led” by his appointees, in spite of Putin’s denials.

Da Nang, Vietnam (CNN) -- President Donald Trump and Russian President Vladimir Putin informally met on the sidelines of a regional economic summit in Vietnam Saturday and agreed to an extensive statement on the conflict in Syria.

The statement, which reaffirms the leaders' commitment to defeat ISIS in the country, stresses the need to keep existing military communications open and agrees that the bloody conflict does not have a military solution.

"President Trump and President Putin today, meeting on the margins of the APEC conference in Da Nang, Vietnam, confirmed their determination to defeat ISIS in Syria," the statement reads, adding later that Trump felt he had a "good meeting with President Putin."

Exactly one year before the 2018 midterm elections, one of Democrats' key strategies to retake the House is coming into focus. In a wide range of districts around the country, Democrats are placing their bets on military veterans.

Party officials acknowledge that when they were looking for strong recruits to replenish the Democratic party bench this year, their teams often sought candidates with military experience.