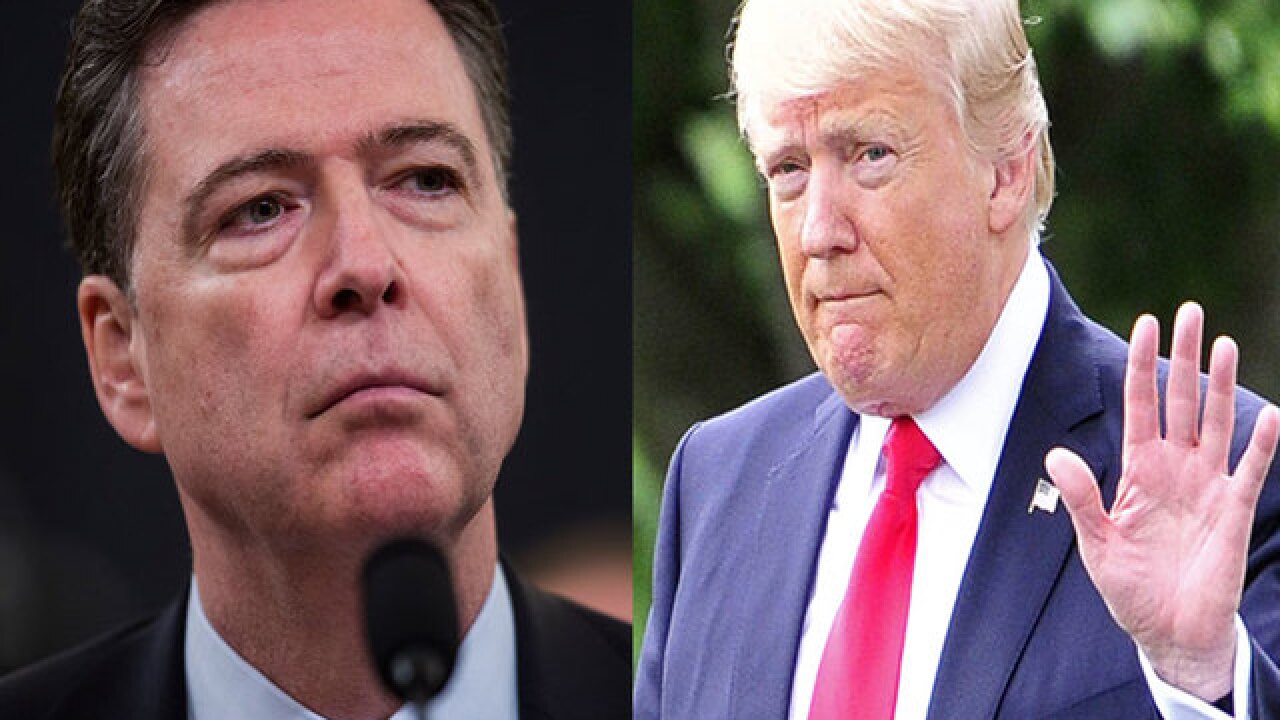 O'Donnell response was to a tweet from former Clinton press secretary Brian Fallon, which stated: "The unsealed filings regarding Huma's emails reveals Comey's intrusion on the election was as utterly unjustified as we suspected at time"

Trump replied to O'Donnell's tweet on Thursday, saying: "We finally agree on something Rosie."

We finally agree on something Rosie. https://t.co/BSP5F3PgbZ

Comey sent a letter to select FBI staff members regarding his firing. The letter, obtained by CNN, read:

I have long believed that a President can fire an FBI Director for any reason, or for no reason at all. I'm not going to spend time on the decision or the way it was executed. I hope you won't either. It is done, and I will be fine, although I will miss you and the mission deeply.

I have said to you before that, in times of turbulence, the American people should see the FBI as a rock of competence, honesty, and independence. What makes leaving the FBI hard is the nature and quality of its people, who together make it that rock for America.

It is very hard to leave a group of people who are committed only to doing the right thing. My hope is that you will continue to live our values and the mission of protecting the American people and upholding the Constitution.

If you do that, you too will be sad when you leave, and the American people will be safer.

Working with you has been one of the great joys of my life. Thank you for that gift.

Comey was fired Tuesday, and in a letter sent to him by the president, Comey was let go because Trump believed he was "not able to effectively lead the bureau."

A New York Times reporter said Comey learned that he was out of a job while speaking at an FBI office in Los Angeles.

About a week before being fired, Comey reportedly asked the Justice Department for more resources for the agency's investigation into Russian meddling of the U.S. election and ties to Trump's presidential campaign.

The goal is to investigate the President's unfounded claims that three to five million people voted illegally for Hillary Clinton in the 2016 presidential election -- similar to the margin of Clinton's popular vote victory over Trump.

"In addition to winning the Electoral College in a landslide, I won the popular vote if you deduct the millions of people who voted illegally," he tweeted in late November.

In an interview with The Economist, he was asked whether he would release his returns in exchange for Democratic support for tax reform. He first said that he doubted he would do it, and he insisted "nobody cares" about his returns except reporters. (Polls and protests show otherwise.)

"The Rock" for President?
-- In an interview with GQ, actor/former wrestling star Dwayne "The Rock" Johnson said he wouldn't be opposed to running for president of the United States.

Though he didn't criticize Trump, Johnson did say he'd like to see "better leadership" from the administration.