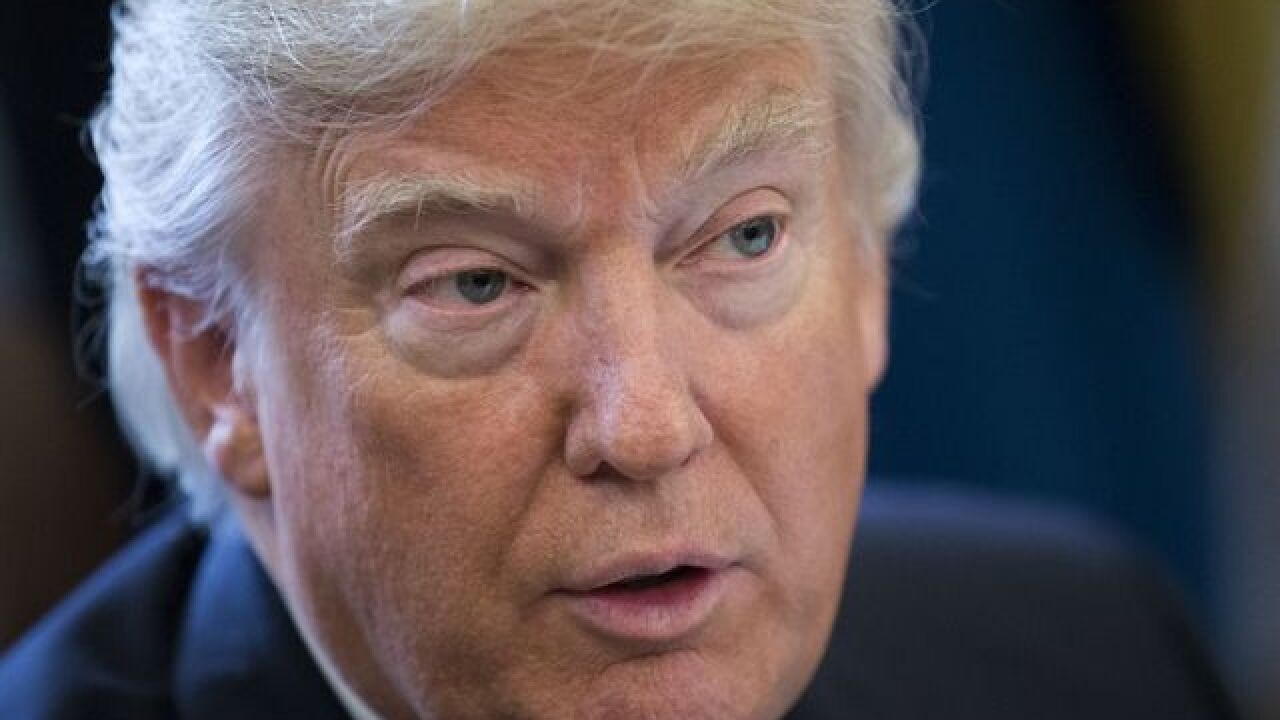 The Trump Administration is 17 days old and already dealing with several issues -- most notably President Trump's executive order on immigration.

Trump addresses troops at MacDill Air Force Base in Florida

President Trump to the U.S. military: "We stand behind you. We support your mission...you are our heroes." https://t.co/n7TqA3VDnW pic.twitter.com/YrMMomRxyX

UK Speaker "strongly opposed" to Trump speech in Houses of Parliament
-- John Bercow, the Speaker of Britain's House of Commons, said Monday that he is "strongly opposed" to letting President Trump address lawmakers during his state visit to the United Kingdom. Bercow said his resistance to the speech was because of Parliament's "opposition to racism and sexism." Details on the president's trip to England have not yet been finalized.

Over the weekend, Trump took to Twitter to blast the federal judge in Washington for his decision to put a stop to the order:

The opinion of this so-called judge, which essentially takes law-enforcement away from our country, is ridiculous and will be overturned!

Because the ban was lifted by a judge, many very bad and dangerous people may be pouring into our country. A terrible decision

DeVos, Sessions nominations loom
-- This week, Senate confirmation voting for Trump's Education Secretary and Attorney General nominees is expected to take place . The vote for Secretary of Education nominee Betsy DeVos is expected to occur Tuesday, while Attorney General nominee Sen. Jeff Sessions will learn whether he is confirmed later in the week.

President continues to slam "fake news" on Twitter
-- Trump continued to express his opinions on "fake news," this time taking on what he says are "negative polls. "

I call my own shots, largely based on an accumulation of data, and everyone knows it. Some FAKE NEWS media, in order to marginalize, lies!

Spicer reacts to McCarthy's "SNL" portrayal
-- White House Press Secretary Sean Spicer said he saw Melissa McCarthy's portrayal of him on "Saturday Night Live" and thinks she should "dial it back a bit" if she returns to play him again.