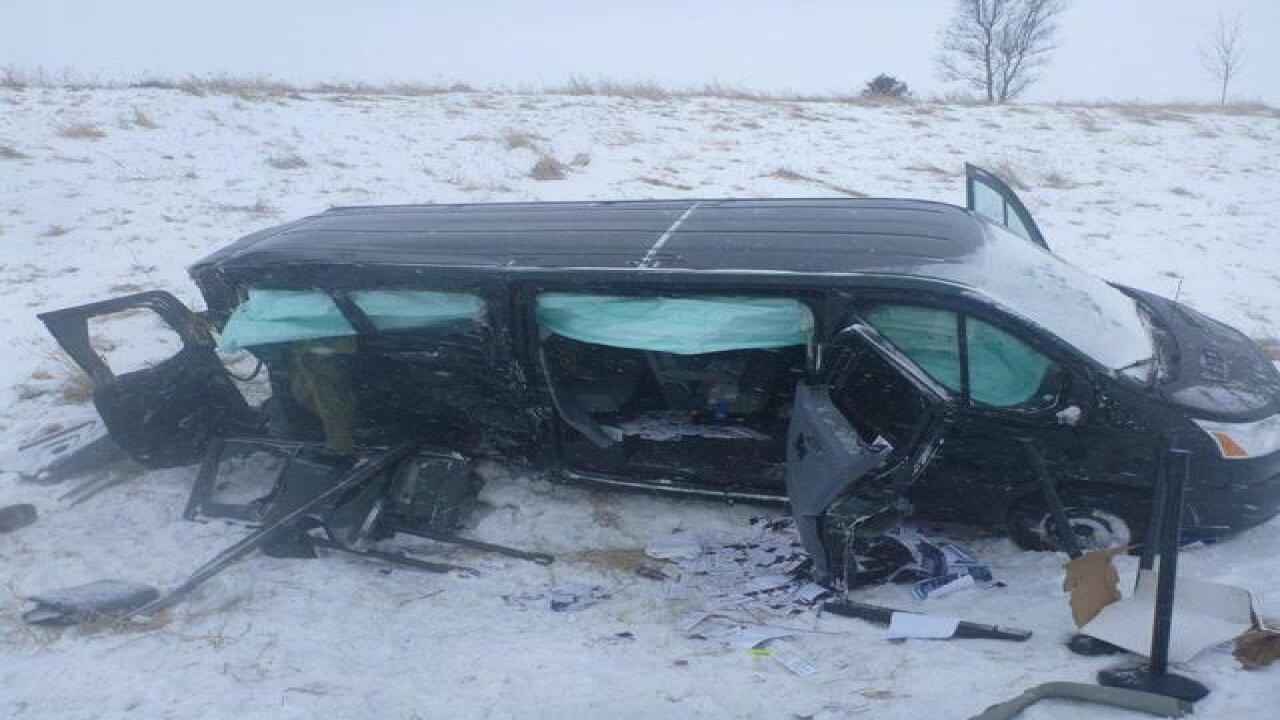 A campaign volunteer for Republican presidential candidate Ben Carson has died after a crash near Atlantic, Iowa on Tuesday.

Campaign officials say Carson has suspended his campaign activities and is traveling from South Carolina to Nebraska. A release from the hospital says he will meet with Joplin's family when he arrives in Omaha later tonight.

Carson's campaign says three other people were also in that van when it hit a patch of ice, flipped and was hit by another vehicle.

They were taken to a hospital in Atlantic, Iowa and later released.

Earlier today in Iowa, a van transporting three campaign volunteers and one of our campaign employees hit a patch of ice...

Stay tuned to KMTV.com and Action 3 News for the latest details in this developing story

Have you downloaded the new KMTV mobile app?  Get more news stories, lightning fast radar, and instant alerts when breaking news is unfolding.

Download the free app for iPhone  here and Android  here.