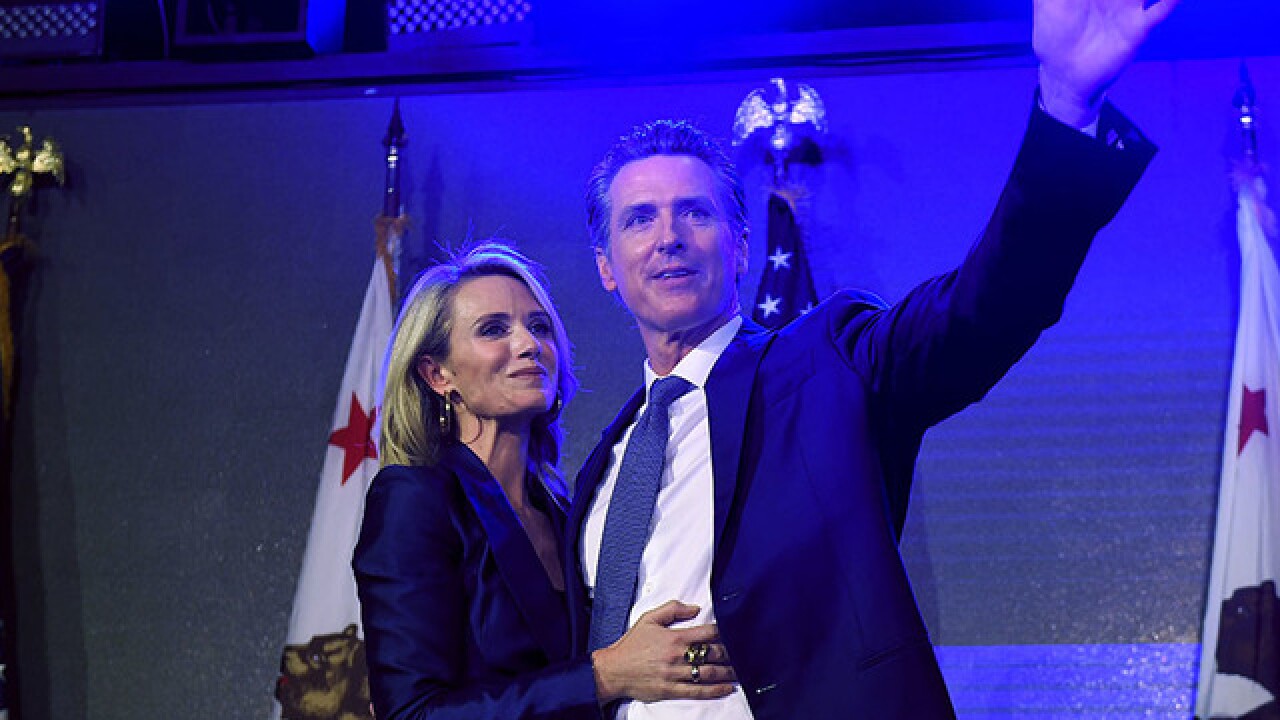 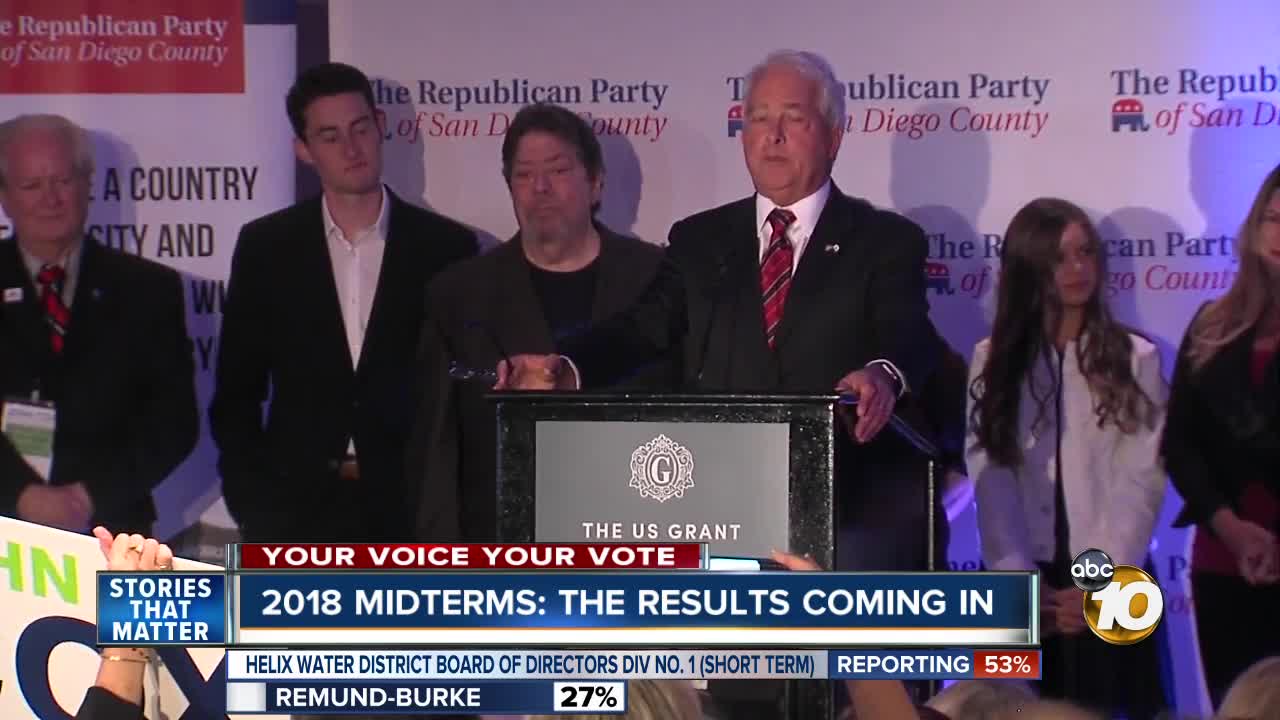 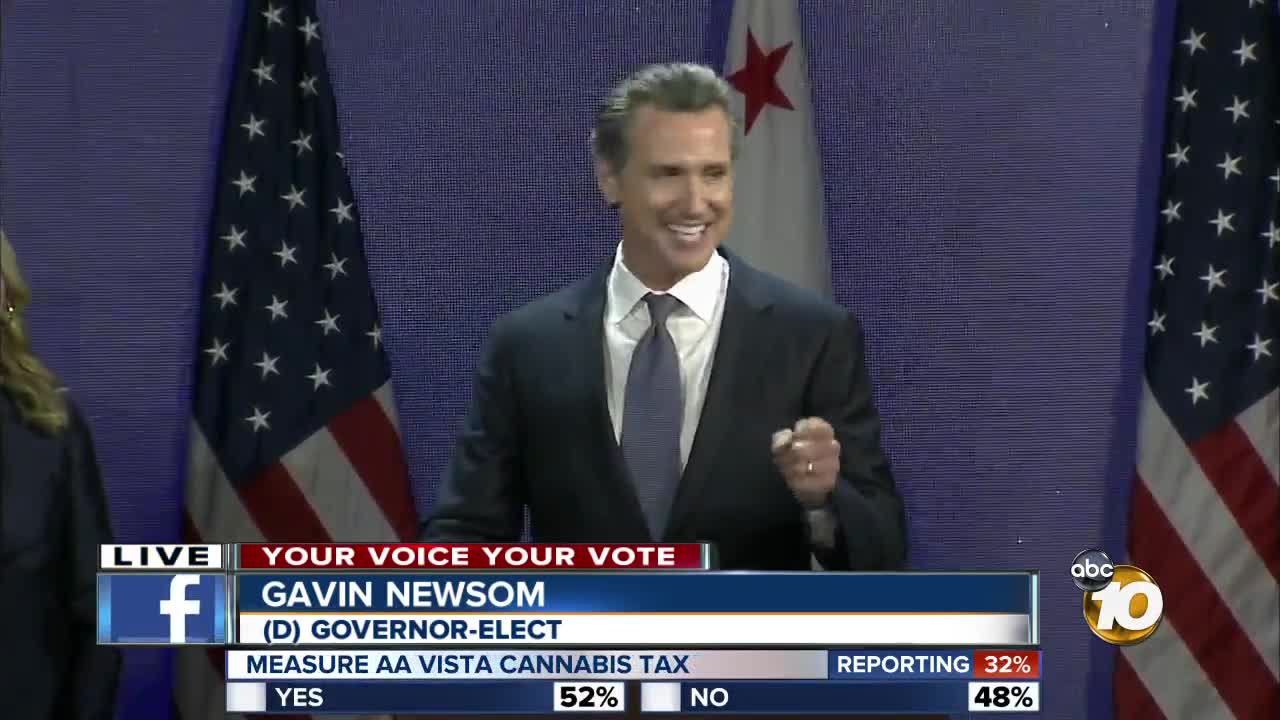 "This victory is really your victory, because of you, the future really belongs to California," Newsom told supporters Tuesday night at his victory party at the Exchange LA nightclub downtown.

Cox conceded the race around 9:30 p.m. Tuesday, with Newsom widening his lead as vote-counting continued. Despite the loss, the San Diego businessman said he was proud of the campaign he ran and the message he conveyed.

He vowed that the Republican Party is not going away in California.

"Our path to success is going to be based upon delivering the quality of life that people need so desperately," Cox said. "... I'm not going anywhere. I love this state and I'm going to stay involved."

Both candidates maintained a heavy campaign schedule to the end, traveling up and down the state in the final days before the election.

A final pre-election poll by the UC Berkeley Institute of Governmental Studies showed Newsom leading Cox by 58 to 40 percent among likely California voters.

If the votes ultimately match polling results, Newsom's win can be attributed in part to strong support among non-partisan voters, who now outnumber Republicans statewide, as well as from Latino voters.

Newsom built his political career in San Francisco, where he was elected mayor in 2004. He drew national attention when, roughly a month after his swearing in, he directed the city-county clerk to issue marriage licenses to same-sex couples in violation of state law.

From 1996 to 2004, Newsom served on the San Francisco Board of Supervisors, where he championed a policy initiative dubbed "Care Not Cash," slashing cash benefits for homeless individuals in favor of housing and services.

Newsom has proposed a goal of building 3.5 million new homes by 2025 through an expansion of the low-income housing tax credit program and other incentives. Another of his top priorities is universal healthcare for Californians and he has expressed support for Senate Bill 562 that aims to create a single-payer system, although Newsom has also raised concerns about the hurdles for passage and funding.

Newsom has promised to oppose the Trump administration's immigration policies and gun control -- setting himself in stark opposition to Cox -- and has called for universal preschool and two years of free community college as part of a push to distinguish himself as more progressive than Brown.

Cox efforts to characterize the state's high poverty rate, underperforming schools and lack of affordable housing as problems that happened "on Gavin Newsom's watch" did not win the day.

After distancing himself from Trump early on in his primary campaign, Cox picked up the president's endorsement before the June 5th primary. Cox has since echoed some of Trump's themes on the campaign trail, including his plan to "clean out the barn" in Sacramento as Trump promised to "drain the swamp" in Washington, D.C. Cox has taken a hard line on immigration -- including supporting construction of a wall along the U.S.-Mexico border and ending "sanctuary state" policies -- though he said he was against separating children from their parents at the border.

Newsom will now pivot from campaigning to governing as he picks his cabinet and readies his team.