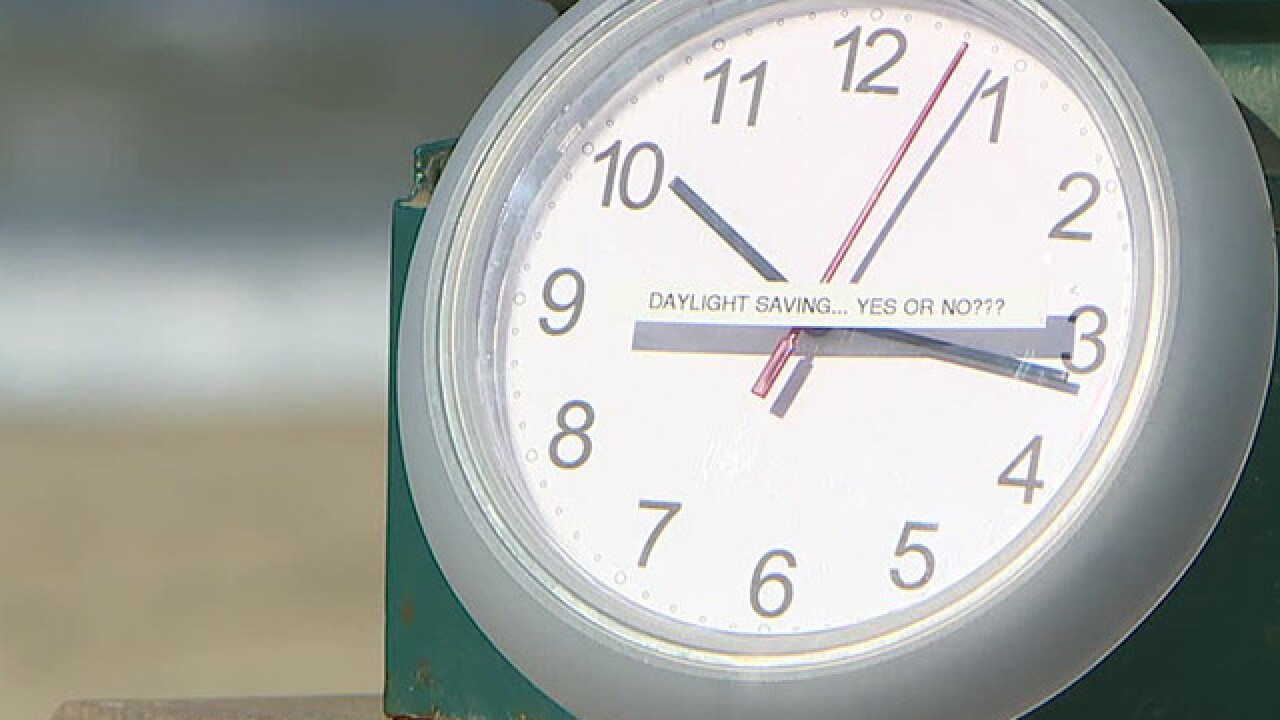 With nearly 4.5 million ballots counted, Proposition 7 led by more than 62 percent. The measure permits the state Legislature to establish permanent daylight saving time. However, a change in federal law would be required before the initiative can take effect.

The time-change issue was fresh on voters' minds when they went to the polls. California and most of the rest of the nation reset clocks last Sunday, falling back on standard time and seeing the day get dark one hour earlier.

Democratic Rep. Kansen Chu of San Jose said last month that he sponsored Proposition 7 after his dentist called him to complain about springing forward when clocks are moved up an hour every March. That switch takes away an hour's sleep in the middle of the night as it shifts an hour of sunlight from the morning to the evening.

Chu said he investigated the issue further and learned the original reason for implementing daylight saving — to save energy during World War I— no longer seemed to apply to the modern world.

Chu said he also came across studies showing an increased risk of car accidents and heart attacks following the spring change when people lose an hour of sleep.

"It's a public safety measure," Chu said. "And I don't know anybody who really enjoys doing this adjustment of their schedule twice a year."

Opponents argued that even if California voters and the Legislature approve year-round daylight saving, the hurdle of getting the federal government to agree is too high given the state's tense relationship with Washington.

And making the switch to permanent daylight saving will cause its own headaches, said Democratic state Sen. Hannah-Beth Jackson, who represents Ventura County.

If California goes to year-round daylight saving, the sun won't rise until 8 a.m. on some winter months, forcing children to walk to school or bus stops in darkness and likely leading to an increase in car and pedestrian accidents, Jackson said.

Chu said he was open to implementing year-round standard time since the key is eliminating the need to change the clocks.

Hawaii and Arizona (with the exception of Navajo Nation) do not recognize daylight saving time. In March, Florida became the first state in the nation to approve year-round daylight saving time, but the shift can't take effect unless Congress changes federal law.