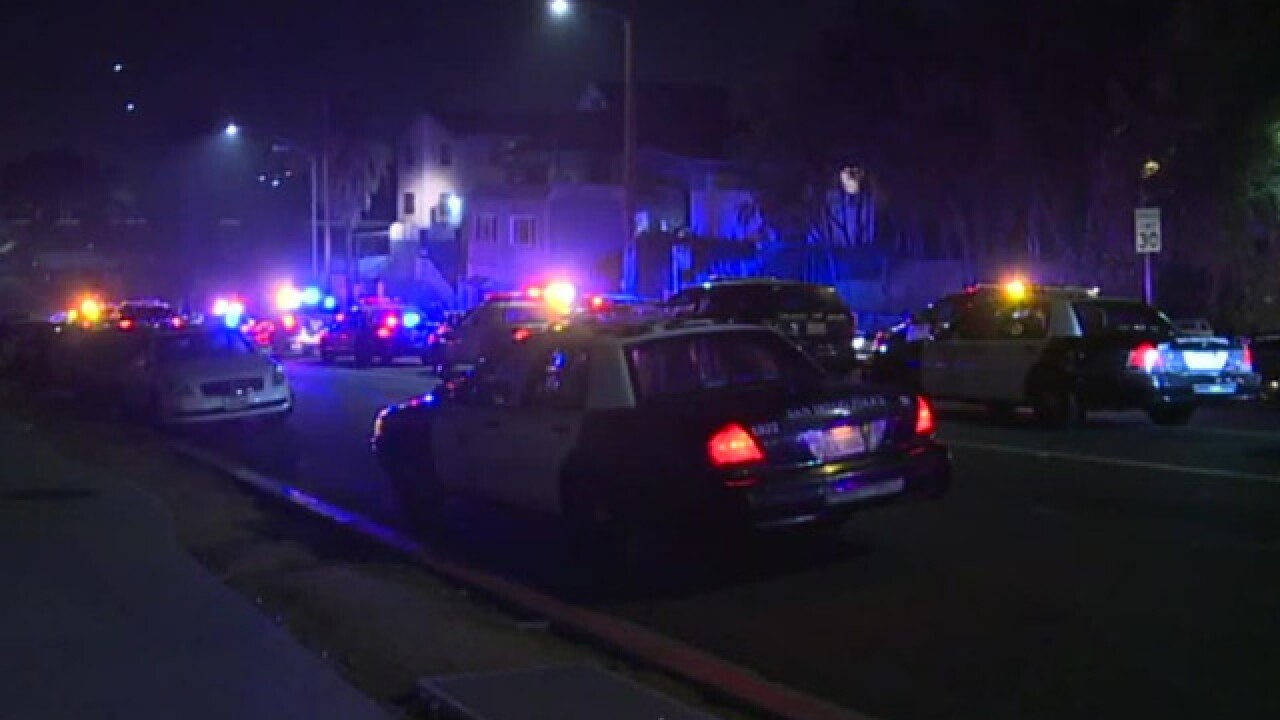 SAN DIEGO (CNS) - Two men were shot in the leg in a suspected gang shooting in the Logan Heights area, police said.

A 22-year-old man and another man got into an altercation with a group of men in an alley off National Avenue, Buttle said. During the altercation, both men suffered gunshot wounds to a leg.

Officers and paramedics responded to the scene and the 22-year-old man was transported to a hospital, where he was treated for injuries that were not believed to be life-threatening, Buttle said.

Witnesses also described seeing a second gunshot victim, but that person was gone by the time officers and paramedics arrived, Buttle said.

The second victim, a man believed to be in his 20s, later arrived at a hospital for treatment of a gunshot wound to his leg, which was not believed to be life-threatening, Buttle said.

No suspect descriptions were immediately available.

Detectives from the San Diego Police Department's gang unit were investigating the shooting.