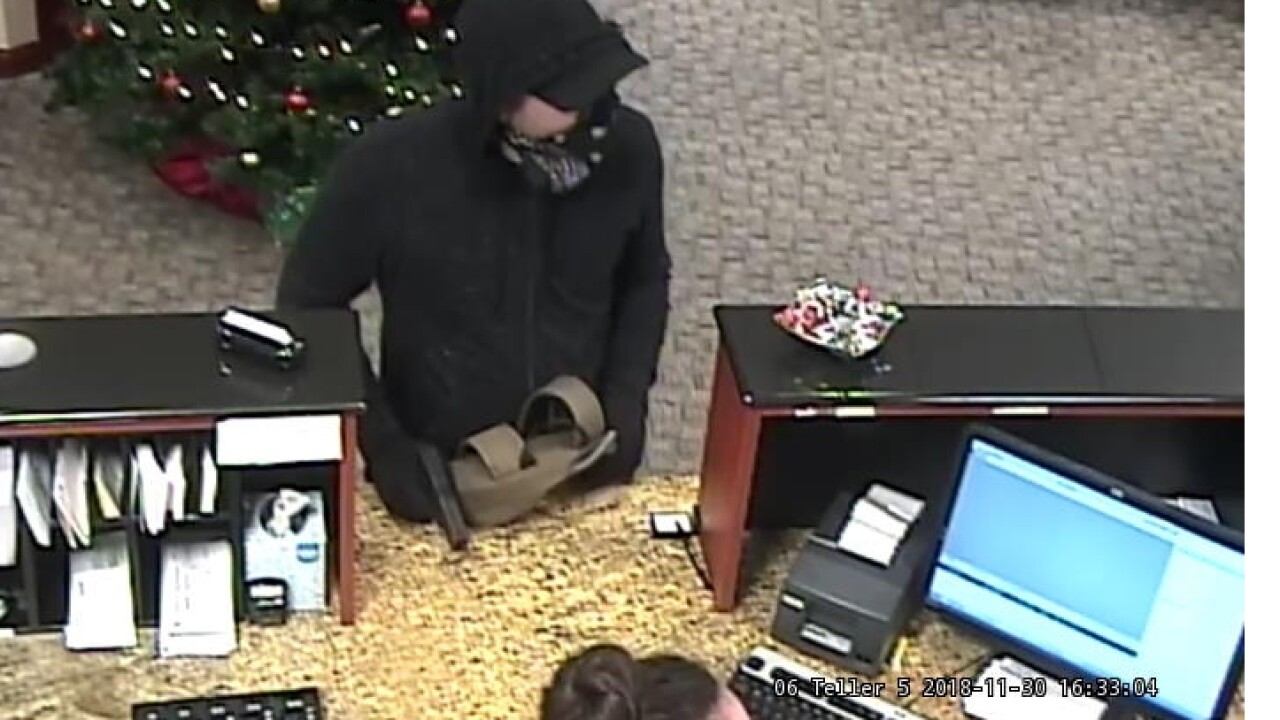 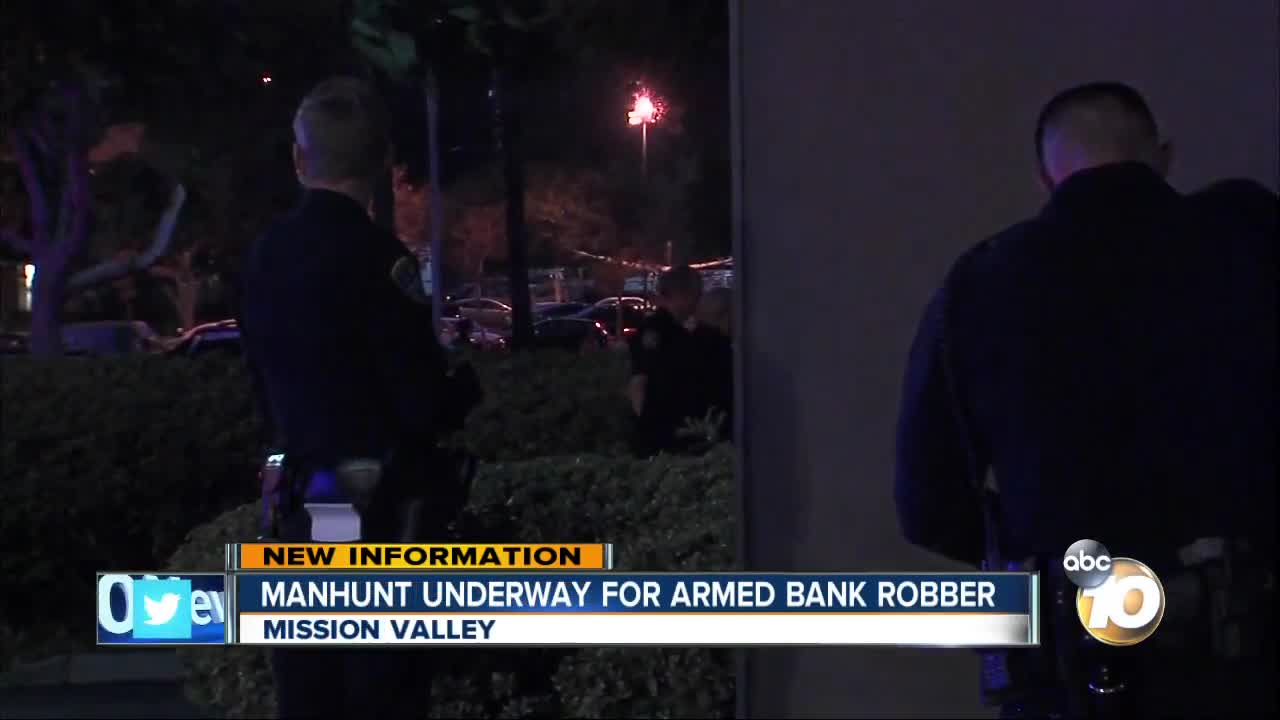 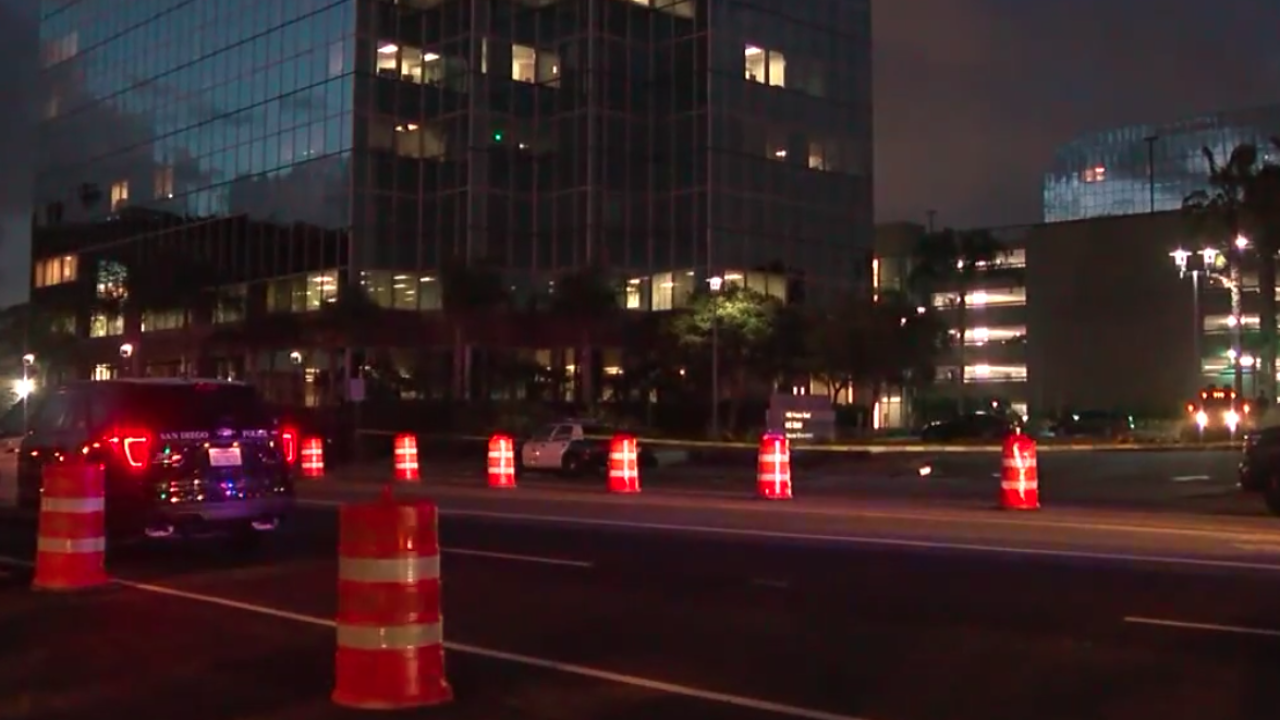 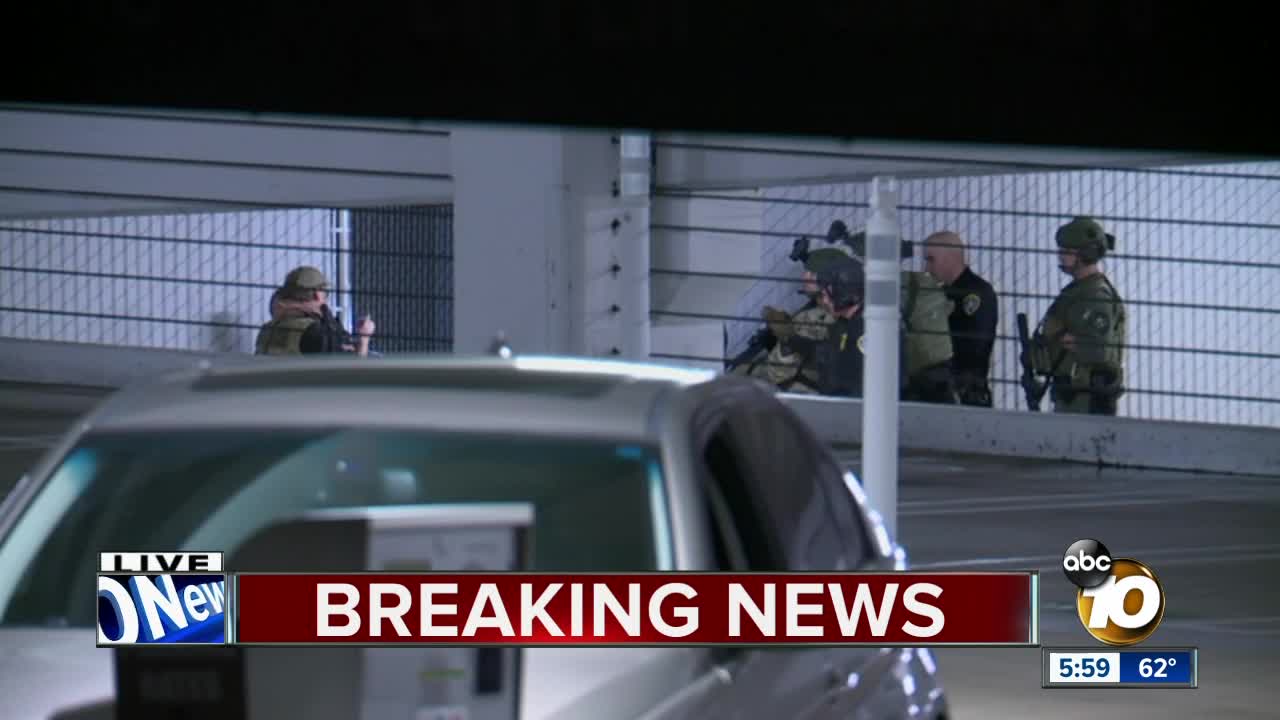 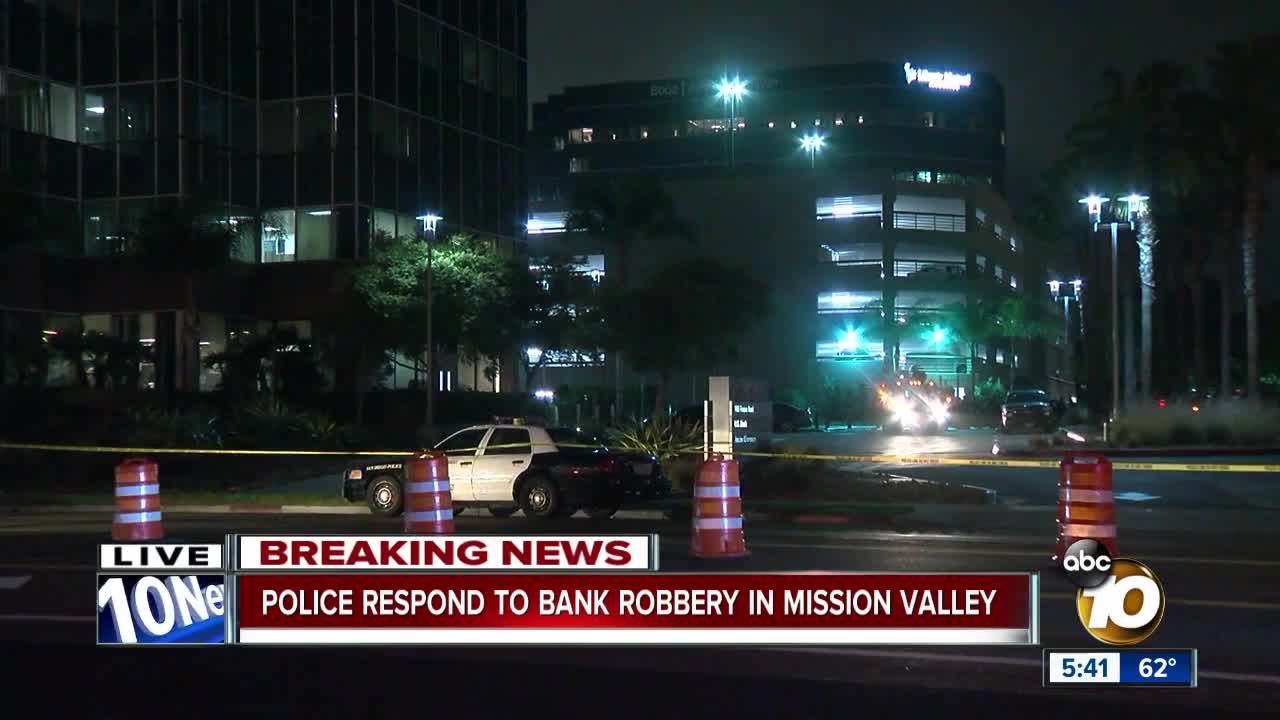 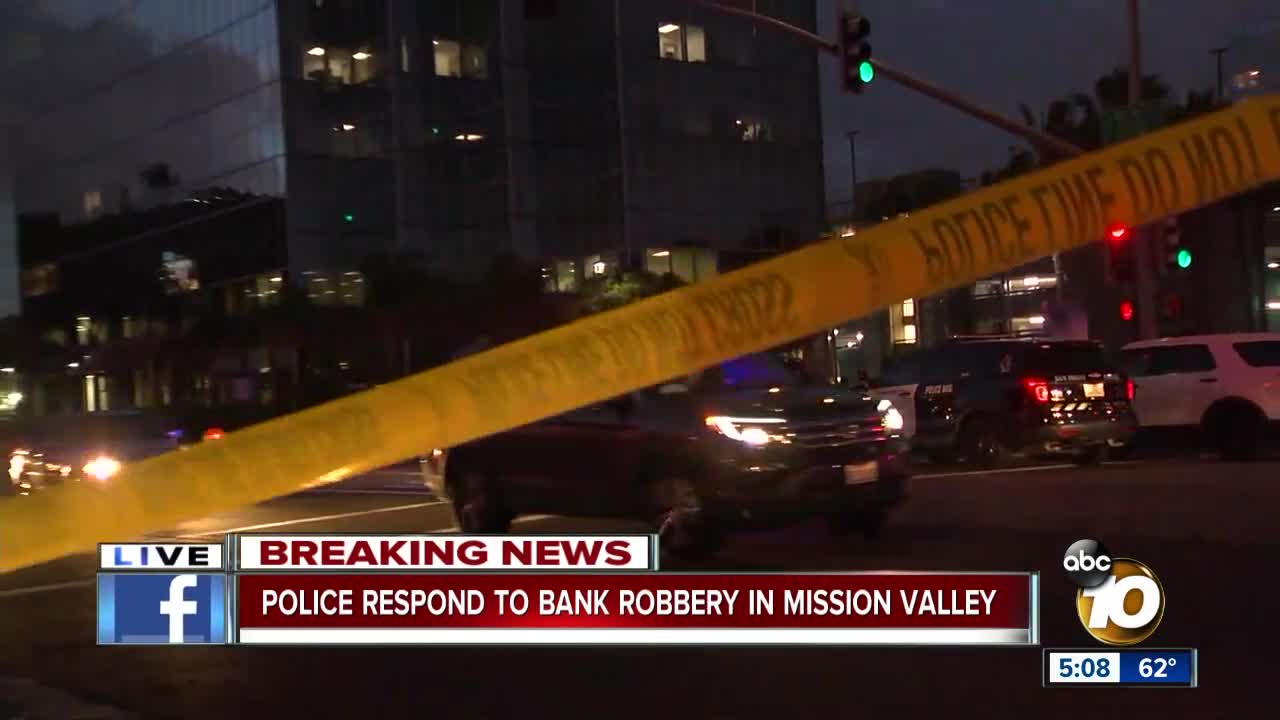 A bank robbery was reported at the US Bank location at Frazee Road just before 5 p.m., according to San Diego Police. At one point, SWAT officers were called in to assist.

SDPD initially reported that shots were fired inside the bank based on accounts from "scared employees" but later confirmed no shots had been fired.

Police are currently searching for a suspect. No injuries have been immediately reported. The building was reportedly locked down as police searched.

The suspected was described as a Hispanic male in his 20s, wearing a black mask or bandana, black hooded shirt, black pants, tan backpack armed with a handgun.