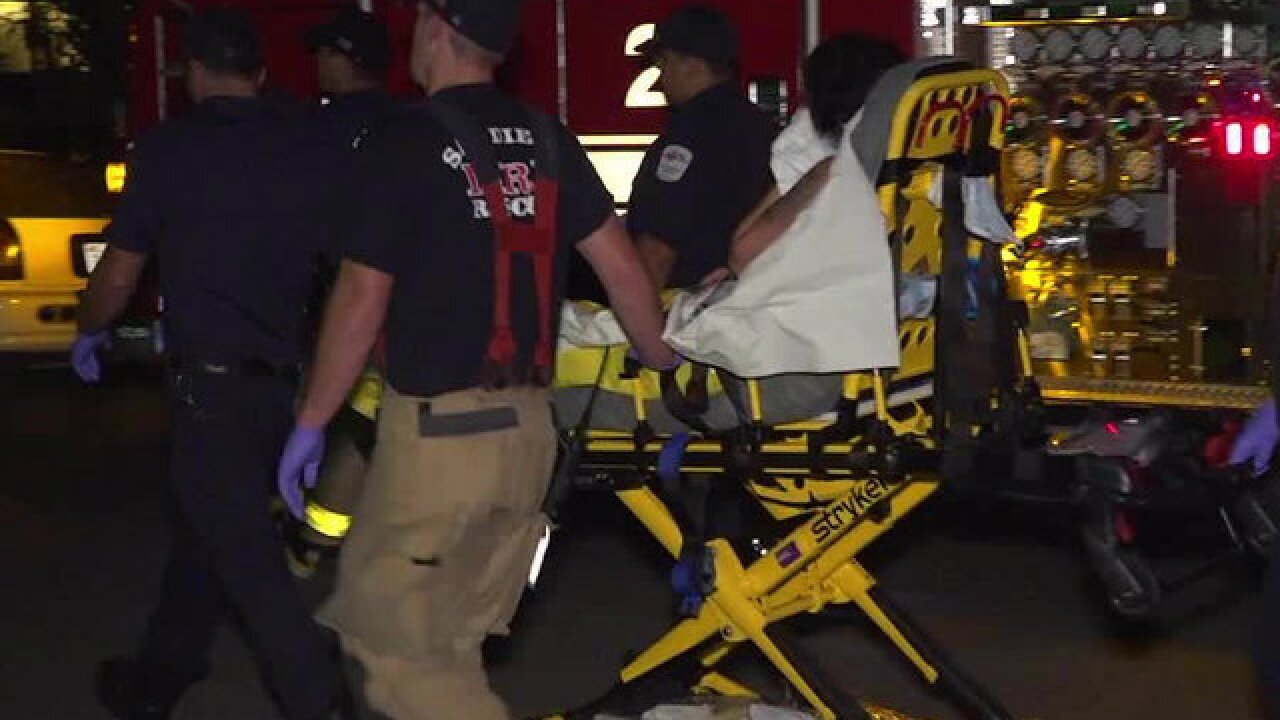 SAN DIEGO (KGTV) - A man suspected of running down another man on a Bay Ho street, and then punching a woman in the face, was arrested early Monday morning.

At around 1 a.m., San Diego police responded to reports of a man hit by a white van in the 3900 block of Hiawatha Way. The driver reportedly left the scene.

As officers arrived at the scene, they received a report that the driver returned to the area and punched a woman in the face and strangled her before fleeing.

With the help of a police helicopter, the driver was found hiding in a canyon behind Gila Street. Officers and a K9 apprehended the man and arrested him.

The van used in the hit-and-run was not immediately found.

The man hit by the van did not appear to be seriously injured. The woman was transported to the hospital with facial injuries and a neck injury.