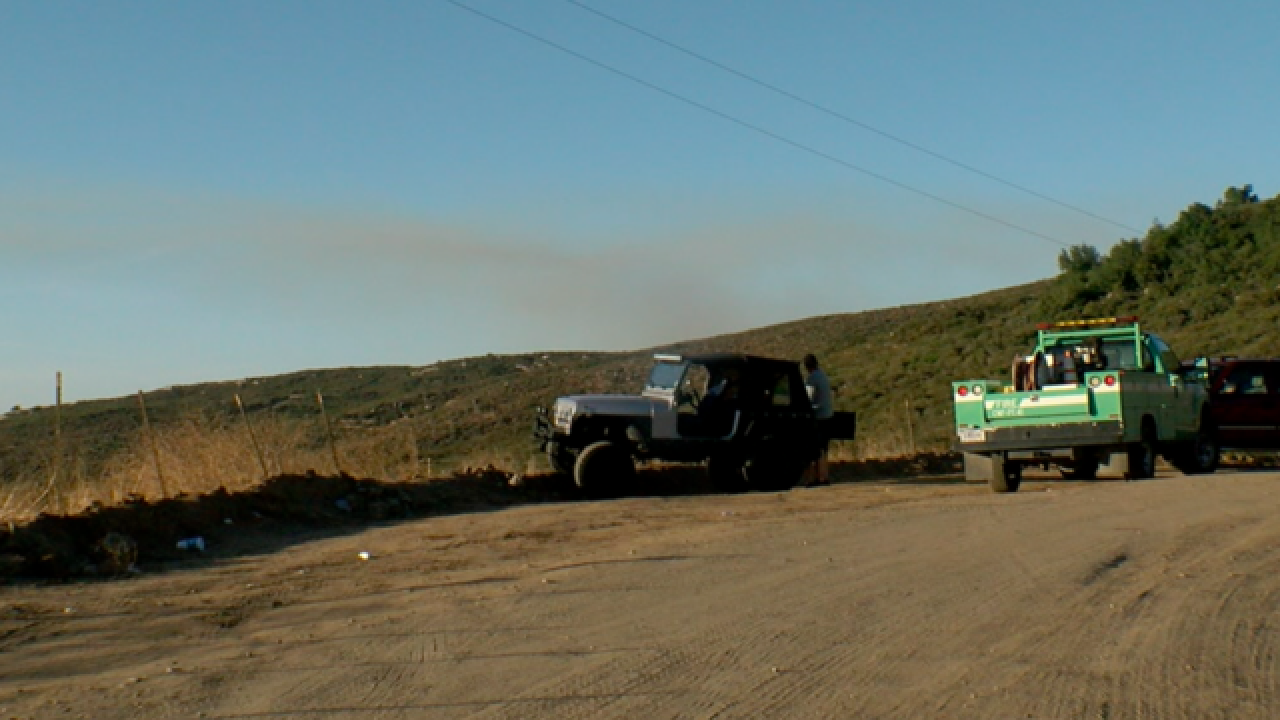 Copyright 2017 Scripps Media, Inc. All rights reserved. This material may not be published, broadcast, rewritten, or redistributed.
<p>Smoke rises over the hills near the El Capitan reservoir after a small plane crashed in the area (KGTV)</p>

A small plane has crashed into a hillside just east of the El Capitan Reservoir.

A Cleveland National Park spokesperson says the crash started a brush fire that had burned 30 acres by 8 p.m.

Ground fire crews are working to reach the site but they say it is very isolated.

Air tankers and helicopters are attacking the blaze from the air.

Allen Kenitzer, a spokesperson for the FAA told 10News "the aircraft registration and type is unknown at this time.  The number of people onboard also cannot be confirmed at this time."

He said the plane may have been flying from Gillespie Field in El Cajon, but all information was preliminary. The FAA and NTSB are investigating.