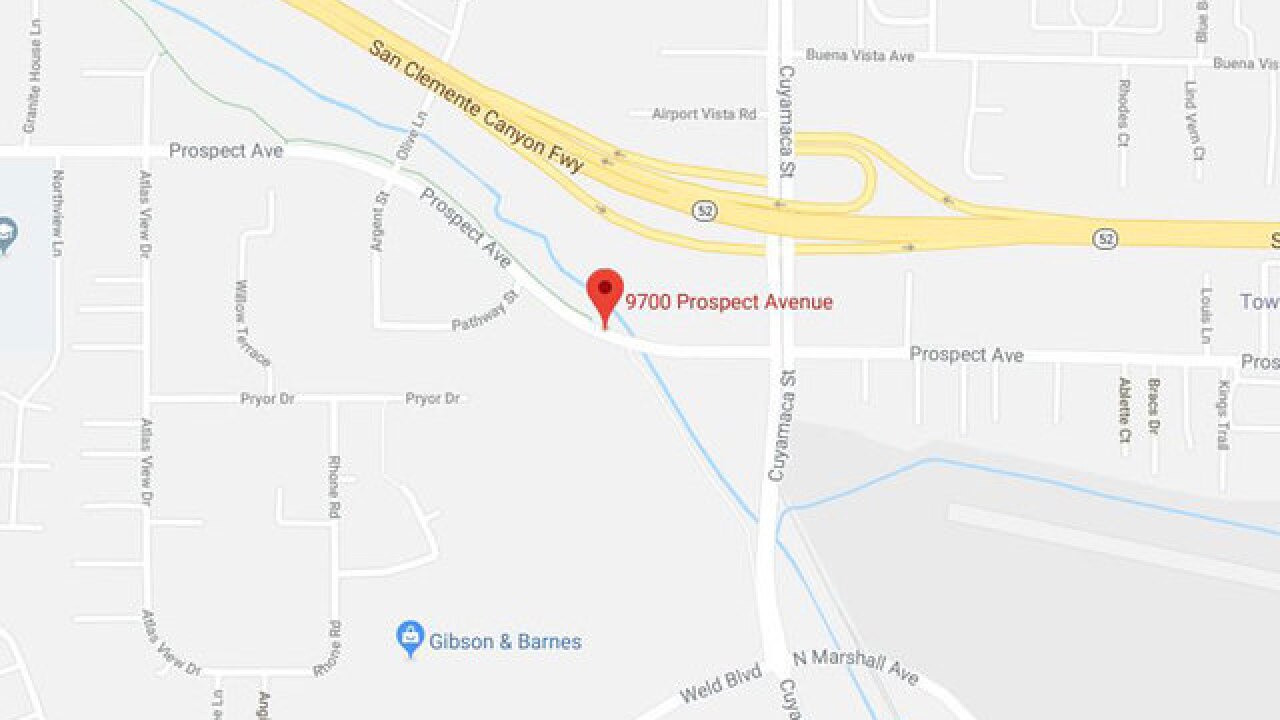 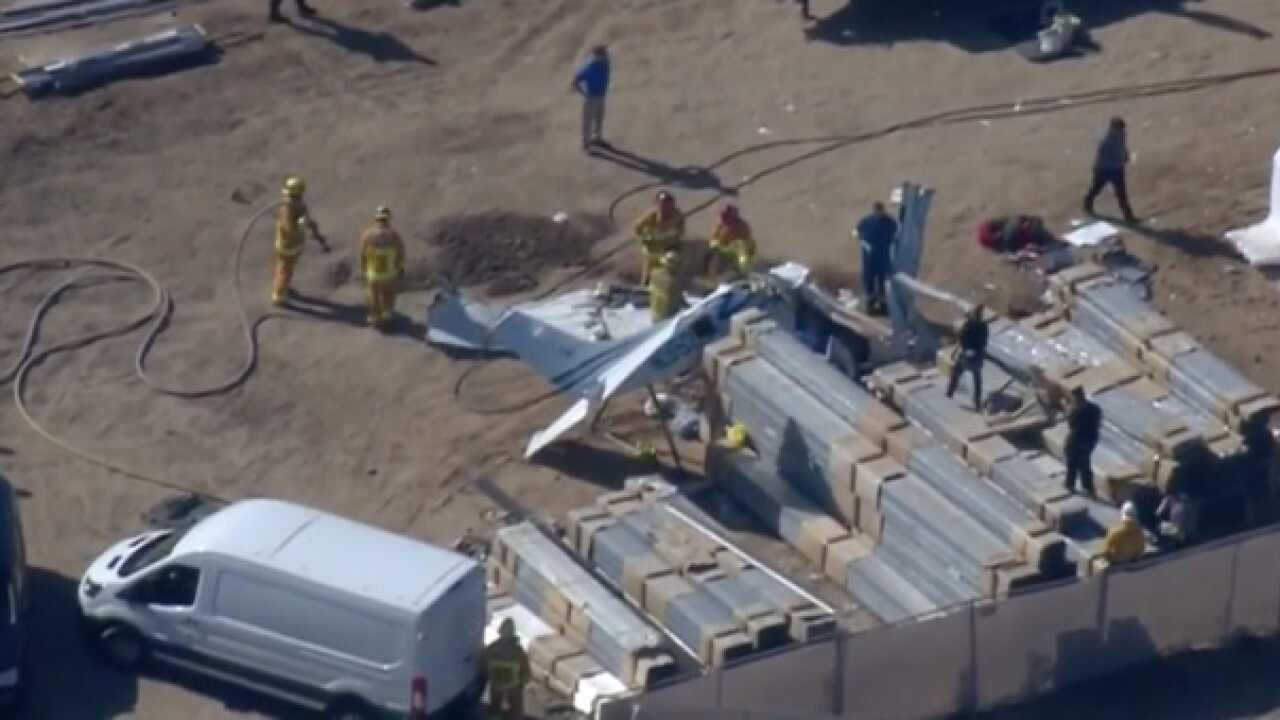 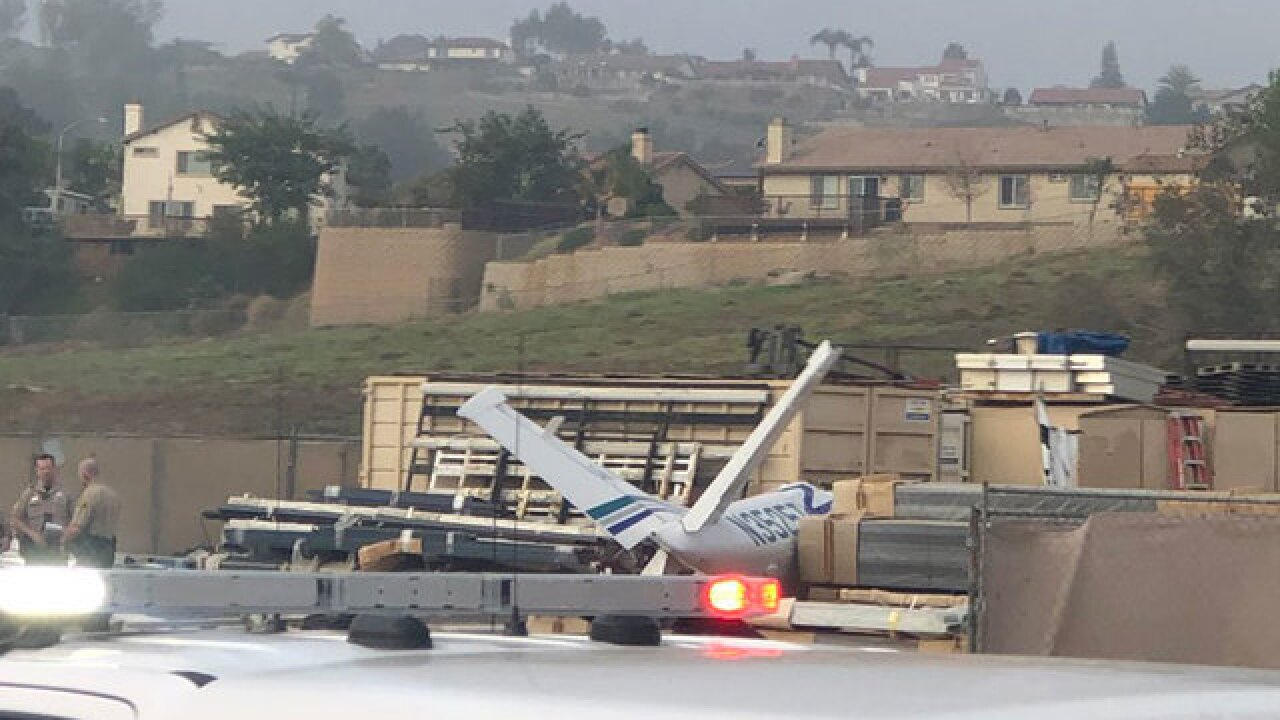 Jeff Webb recorded video in the moments before the plane went down.

SAN DIEGO (KGTV) - Two people were killed Tuesday after a small plane crashed in a dirt lot in Santee.

According to authorities, the crash happened at 6:56 a.m. in the 9700 block of Prospect Avenue, just outside of Gillespie Field and a few blocks from Prospect Avenue Elementary School.

Santee Fire officials told 10News the Cessna took off from Gillespie Field at an unknown time, and when the pilot noticed a mechanical issue, the pilot tried to turn around and land safely but was unable to do so.

Officials confirmed to 10News that two unidentified people died in the crash. Two dogs were also on the plane at the time of the crash. Both dogs were taken to the hospital following the crash.

One of the dogs later died and the other is still being treated for injuries.

No one on the ground was injured in the incident.

Two teens on their way to school told 10News they spotted the plane and saw that it looked like it was struggling to stay in the air. They pulled over because they thought the plane was going to hit their car.

One of the teens said, "The plane was completely destroyed … there was no way you could've gotten to anyone inside."

Several Santee residents, including the teens who witnessed the crash, noted the foggy conditions in the area on Tuesday morning, but there is no official word on if weather was a factor in the crash.

Meanwhile, officials at Prospect Avenue Elementary said the crash and response to the incident has not affected their school schedule.

FAA and NTSB officials are investigating the crash. The plane was registered to John and Cherril Longhurst of Darby, Montana.