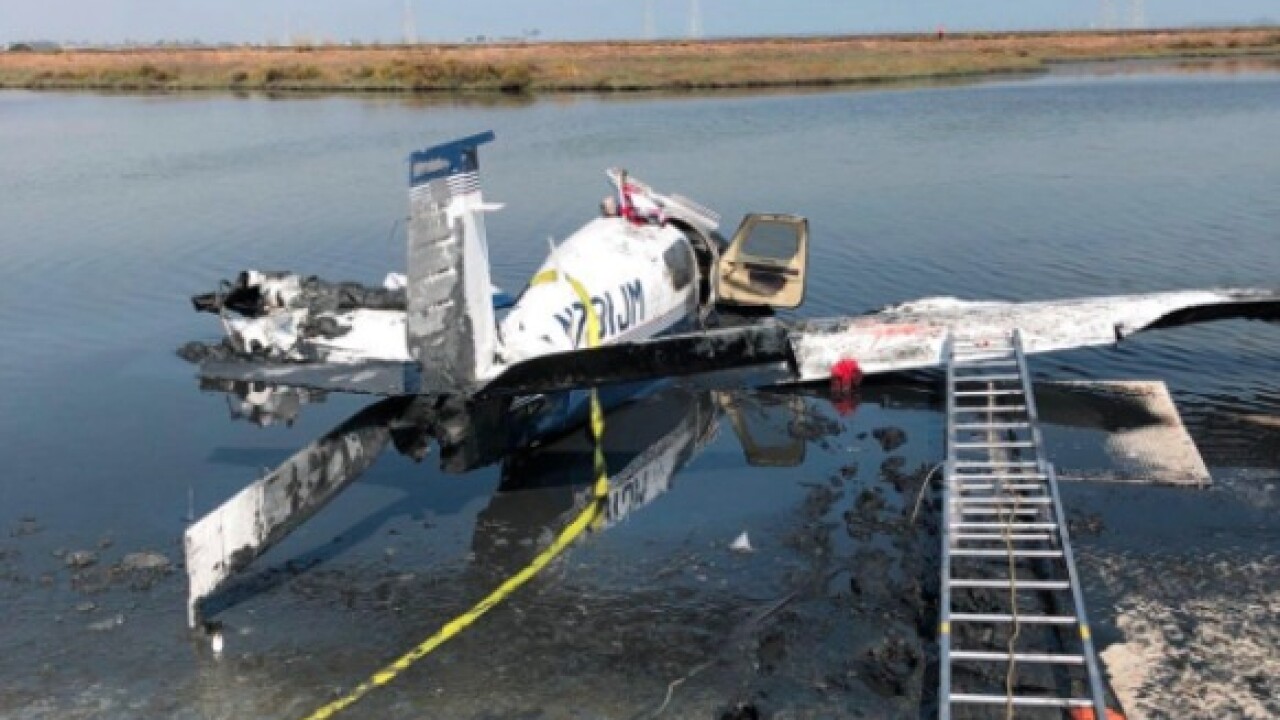 PALO ALTO, Calif. (KGTV) -- A small plane carrying patients to a children’s hospital crashed near the Palo Alto Airport Tuesday, killing one person, according to KRON .

Three people were inside the single-engine plane when it crashed into the San Francisco Bay. One man was killed and two women injured.

According to KRON, the plane was carrying patients to Stanford Children’s Hospital. The plane, which was flying in from Redding, crashed into a pond while trying to land.

The injured women, one of whom was able to walk following the crash, were taken to the hospital in an ambulance.

At this time, it’s unclear what caused the crash.