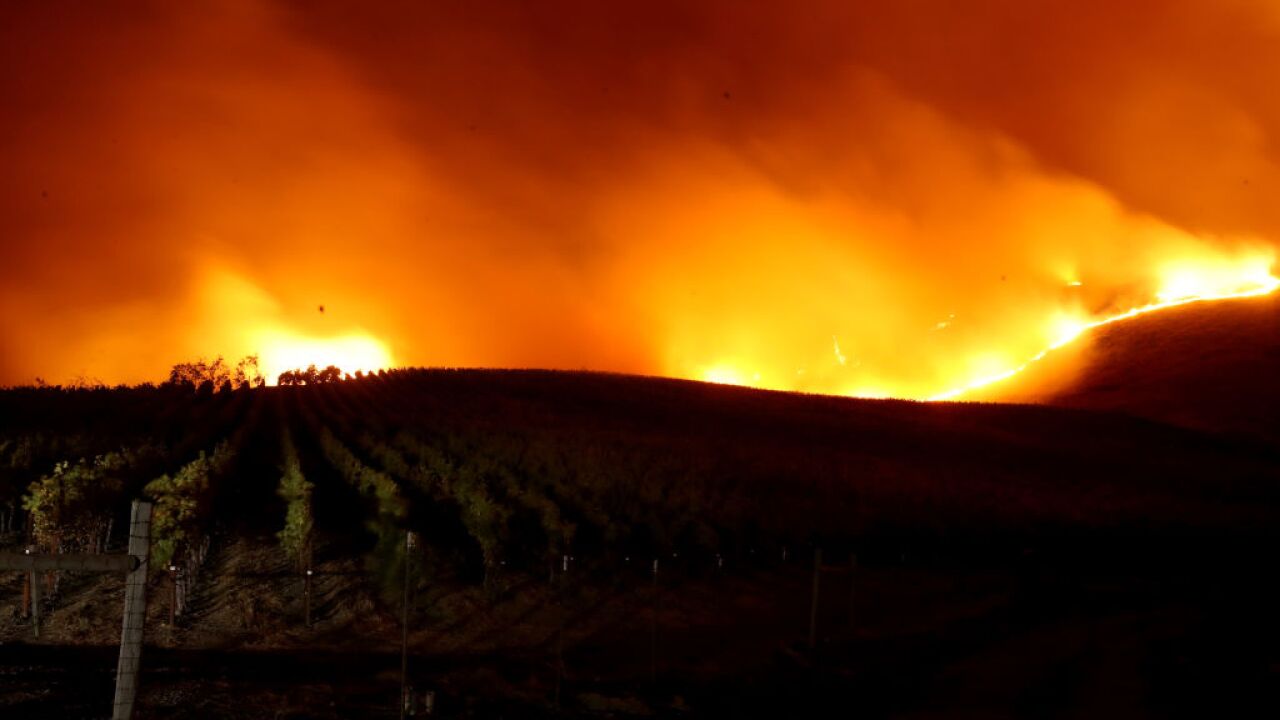 (AP) — A utility says it had a problem with a transmission tower near where the Kincade Fire ignited in Northern California wine country, prompting a large evacuation.

Pacific Gas & Electric filed a report with the state utilities commission Thursday saying it became aware of a transmission level outage in the Geysers in Sonoma County around 9:20 p.m. Wednesday.

The wildfire was reported minutes later in the same area, although it is not clear whether the malfunction sparked the blaze.

The state’s largest utility preemptively shut off power in Northern California on Thursday in a bid to prevent toppled electrical lines from igniting wildfires in dry, hot gusty winds.

Power was shut off to distribution lines but not to transmission lines.