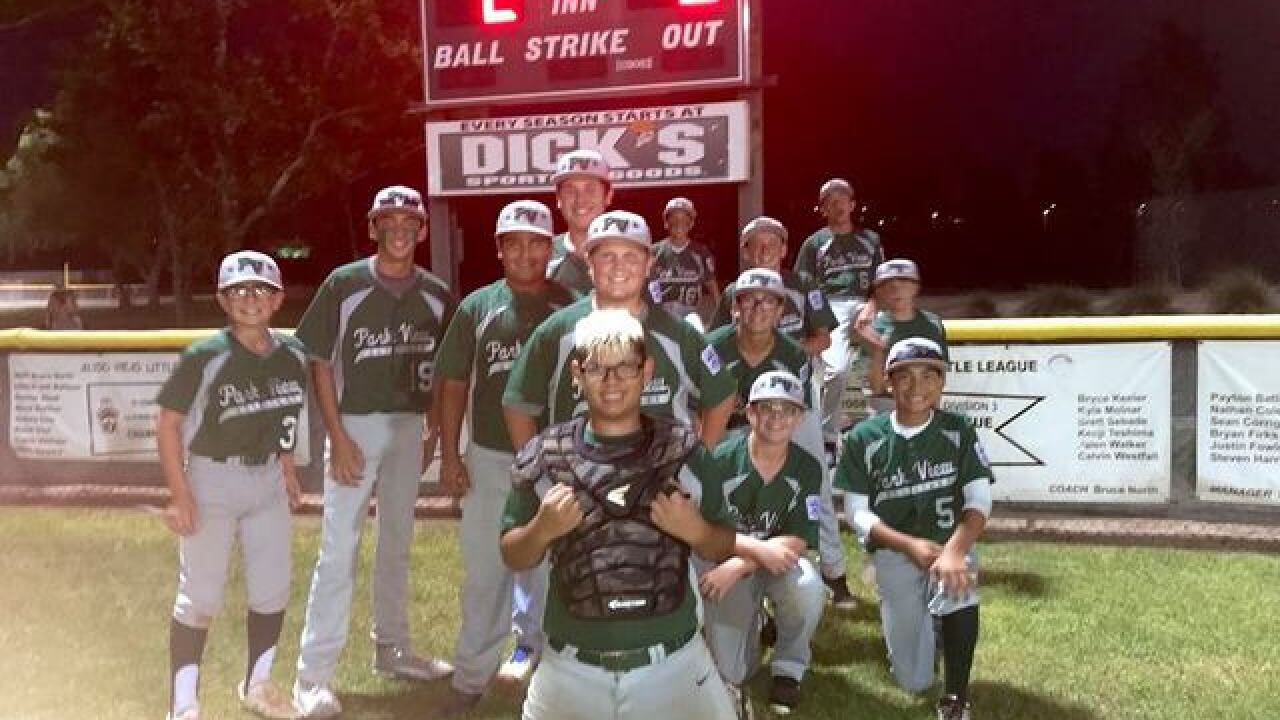 With the win, Park View (3-0) advances to the Divisional Championship game on Saturday for a chance to clinch the State's Division III title.

Ivan Rodriguez drove in four runs for the Green Monsters in their 5-2 win at Woodfield Park in Aliso Viejo.

A win on Saturday will place Park View in the six-team West Regional Tournament which moves them a step closer to a repeat trip to the World Series in South Williamsport, Pennsylvania.

In 2009, the Park View team, which became known as the "Blue Bombers," went on a miraculous run to win the world title defeating Chinese Taipei.  Park View reached the LLWS tournament in 2016 but were eliminated by Tennessee.

The 2018 regional championships and Little League World Series games will be broadcast on ESPN and ABC.