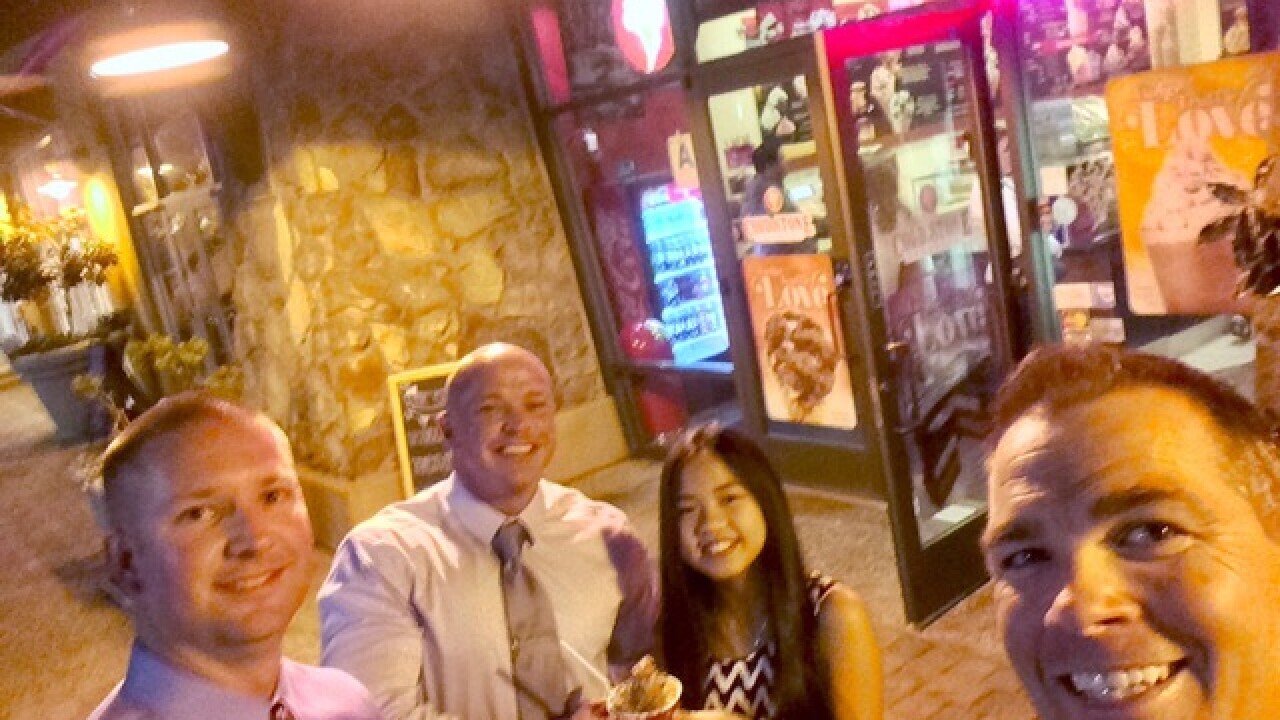 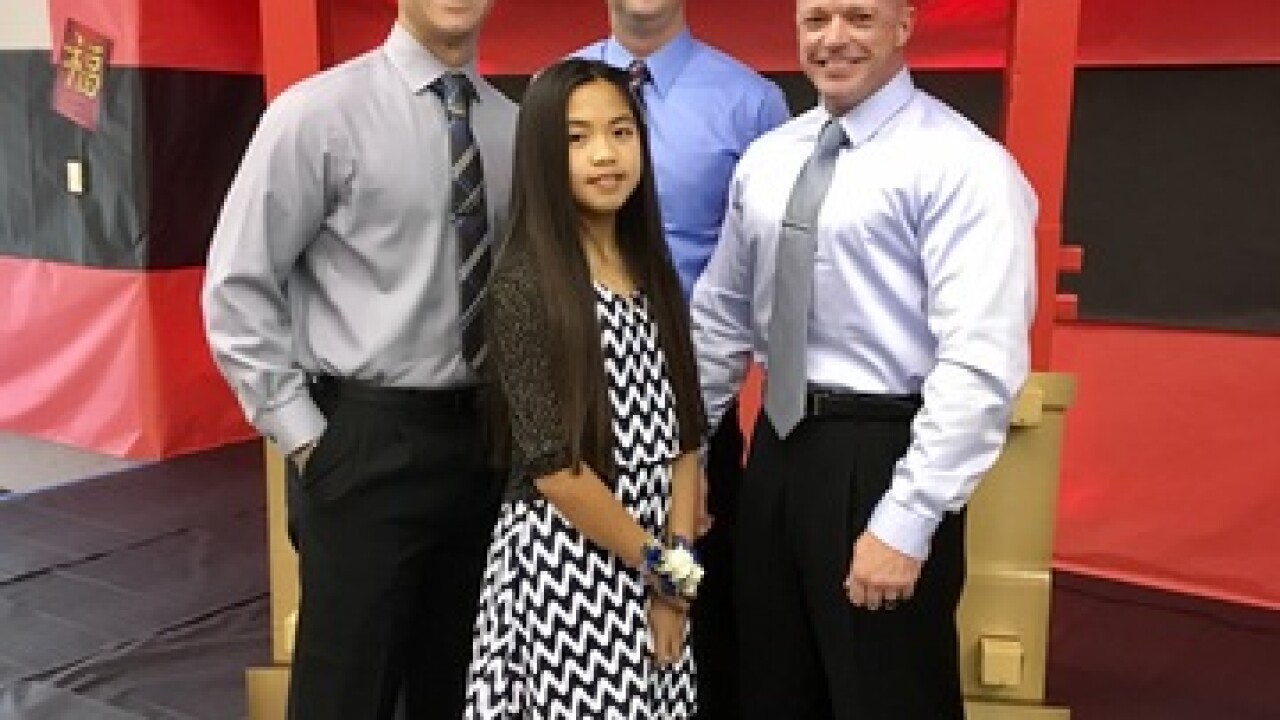 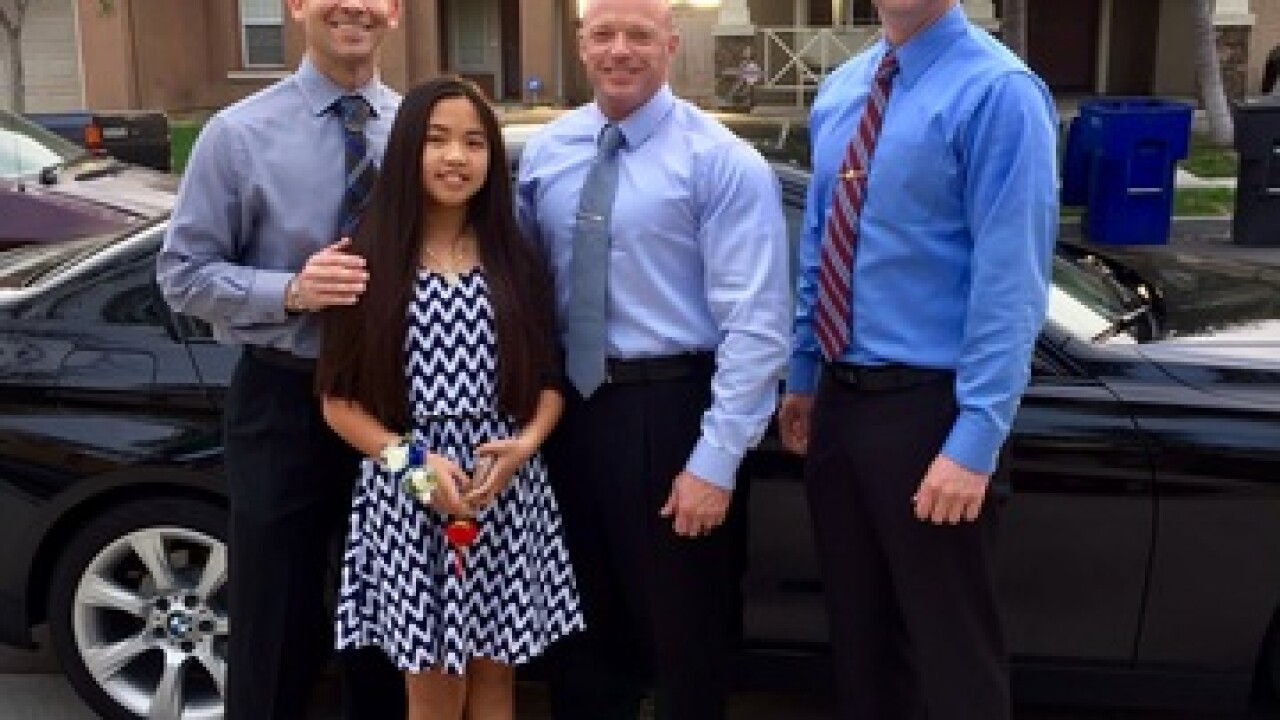 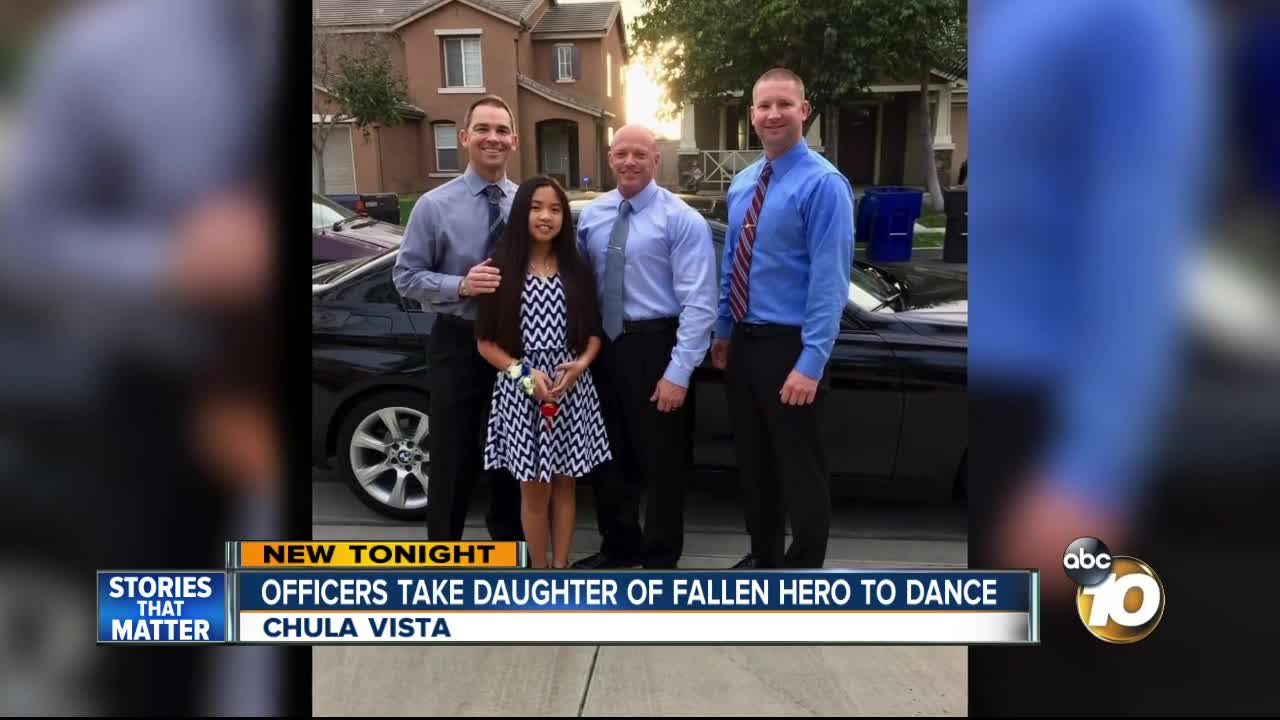 CHULA VISTA - It was a school dance that Amira will likely never forget.

Amira was accompanied by three members of De Guzman's unit.

De Guzman and his partner were attacked on July 28, 2016, after a gunman opened fire on them during a pedestrian stop in a residential area in Southcrest.

De Guzman was fatally shot while behind the wheel of his police cruiser. His partner, Officer Wade Irwin, was also seriously injured during the shooting. The gunman was critically wounded during an exchange of gunfire.

In a memorial service last August, De Guzman's family spoke lovingly of him.

Fe De Guzman, Guzman's mother, spoke of how he always stopped to take a moment with her and her husband before leaving for work, "to pray, to share his love, his gratefulness for us, and to pray that he would come back home."
De Guzman's son, Jonathan Jr., always shared cherished memories of his father.
"His death motivates me to achieve my dreams and create a positive impact toward the world," Jonathan Jr. said, adding that he was "very pleased with the amount of people here today, because my father secretly wanted to be famous one day."
To help assist De Guzman's family, the San Diego Police Officer's Association has a widows and orphans fund that anyone can make a donation to here.
Note: An earlier version of this story was updated to reflect a change in name. Officer Wade Irwin was identified as one of the officers pictured above. He was not.
Copyright 2017 Scripps Media, Inc. All rights reserved. This material may not be published, broadcast, rewritten, or redistributed.