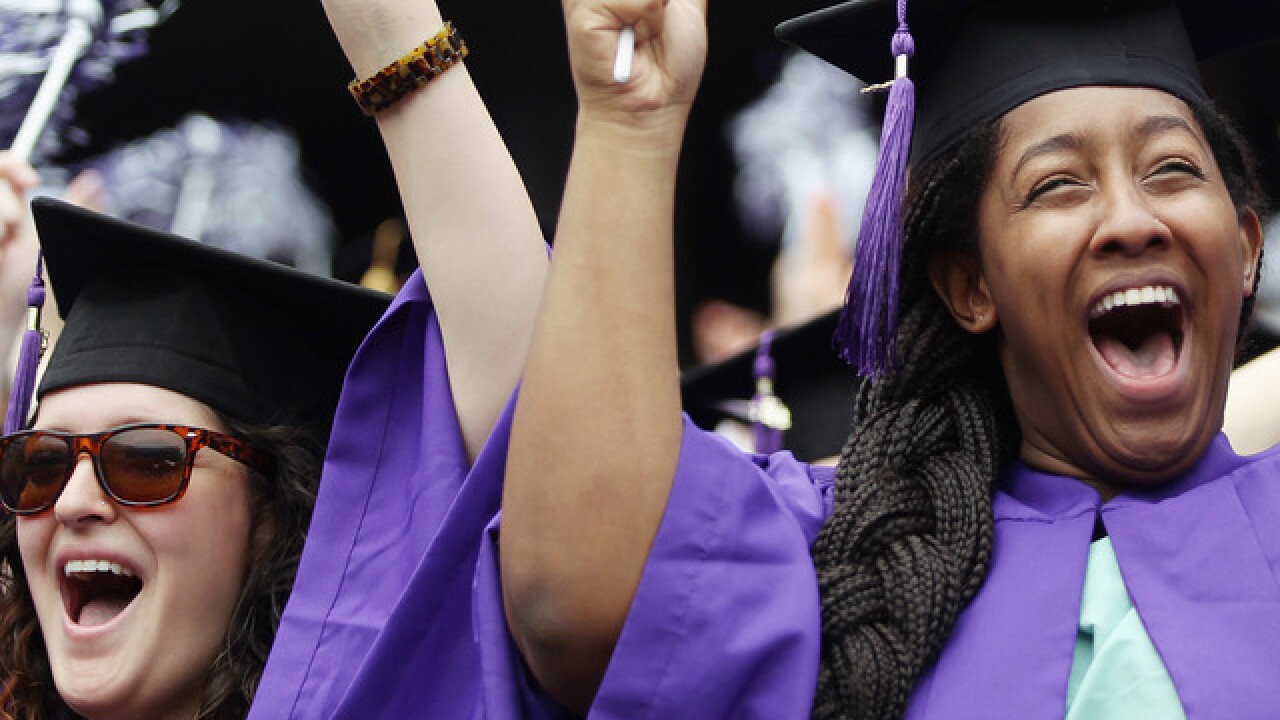 Copyright Getty Images
Mario Tama
<p>NEW YORK, NY - MAY 16: Graduating students celebrate at New York University's commencement ceremony at Yankee Stadium on May 16, 2012 in the Bronx borough of New York City. U.S. Supreme Court Justice Sonia Sotomayor spoke to a crowd of more than 27,000 at the ceremony and was raised in a Bronx housing project not far from the stadium. (Photo by Mario Tama/Getty Images)</p>

(KGTV) — In a stunning announcement to those preparing to embark into medical school, New York University announced it would offer free tuition to all NYU medical program students — current and future.

The reveal came during NYU School of Medicine's annual "White Coat Ceremony," where each new student is presented with a white lab coat to mark the start of their medical education and training.

The bold offering is available to all current and future students in NYU's MD degree program, "regardless of need or merit."

"Thanks to the extraordinary generosity of our trustees, alumni, and friends, our hope — and expectation — is that by making medical school accessible to a broader range of applicants, we will be a catalyst for transforming medical education nationwide," Kenneth G. Langone, Chair of the Board of Trustees of NYU Langone Health, said.

The annual tuition costs covered by the scholarship is about $55,000.

NYU's free tuition initiative began with an endowment. So far, the university has raised more than $450 million of the roughly $600 million needed to fund full-tuition scholarships for all medical students "in perpetuity," according to ABC News.

About 75 percent of all doctors in the U.S. graduated with debt in 2017, the university said. The average cost for a private medical school is about $59,605 a year. The median debt of a graduating student comes out to more about $202,000, NYU says.

RELATED: A Georgia teen asked God for help paying for college in note tied to balloons. A minister found it

"We believe that with our tuition-free initiative, we have taken a necessary, rational step that addresses a critical need to train the most talented physicians, unencumbered by crushing debt," said Robert I. Grossman, the Saul J. Farber Dean of NYU School of Medicine. "We hope that many other academic medical centers will soon choose to join us on this path."