Number of horses killed by fire rises to 46, including race horse California Diamond 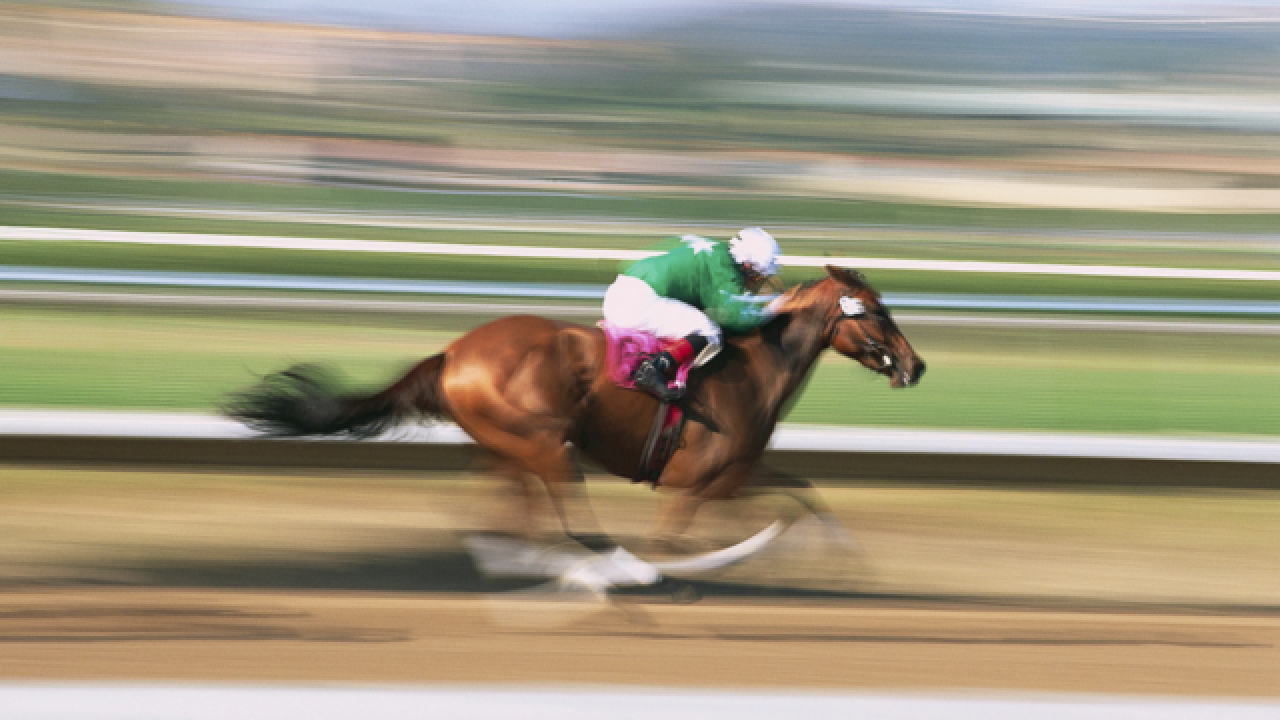 BONSALL (CNS) - The death toll for horses at San Luis Rey Downs Training Center affected by the Lilac Fire rose to 46 today, according to California Horse Racing Board officials.

Officials have determined that the horses perished when the blaze tore through equine country in Bonsall and heavily damaged the San Luis Rey Downs Training Center, where as many as 495 horses, including thoroughbreds, were stabled.

The 3-year-old gelding owned by Rockingham Ranch  had five wins and five second-place finishes in 14 starts, earning more than $475,000 in his career.

The tragedy has prompted an outpouring of donations at the Del Mar Fairgrounds and other smaller facilities, where volunteers are assisting horses and their trainers displaced by the fire. Some missing horses have not been located.

"What we believe is a small number of horses escaped from a trampled-down fence to the hills," California Horse Racing Board spokesman Mike Marten said. "Their status is unknown."

The effort to account for all horses has been challenging because horses and trainers frequently come in and out of San Luis Rey, he said.

Some missing horses have been located, including the Sovereign Award-winning Conquest Typhoon. The 2-year-old colt is being treated for burns and smoke inhalation, according to Peter Miller Racing.

More than 800 horses from San Luis Rey and other facilities, as well as their trainers and owners, are being housed at Del Mar.

They've been assisted by volunteers and donations of cash, food and supplies, said Luis Jauregui, a safety steward with the state racing board who was helping at Del Mar on Saturday.

"When you lose a barn, you lose everything in your business," he said. "Horses and humans are getting taken care of."

Costco provided hundreds of pounds of apples and carrots, resulting in a surplus, and 65 mattresses came from Jim Mcingvale, a Houston furniture store owner known as "Mattress Mack" for his philanthropy after disasters, Jauregui said.

The mattresses will ensure that trainers and horse owners have a place to sleep while their horses are being stabled at Del Mar.

"The outpouring of support from inside and outside of our industry has been truly heartwarming," said Tim Ritvo of The Stronach Group, which owns The Del Mar Racetrack is directing people who wish to help with the equine recovery efforts to a GoFundMe page that has raised $480,000 in a day: www.gofundme.com/thoroughbredcare.

Other needs include alfalfa, grass, timothy hay, bedding and shavings.

The Lilac Fire scorched about 4,100 acres within 24 hours near Fallbrook and destroyed at least 105 structures and damaged 15 others. It is 20 percent contained as of Saturday morning.