NTSB: Plane that struck boy ran out of gas 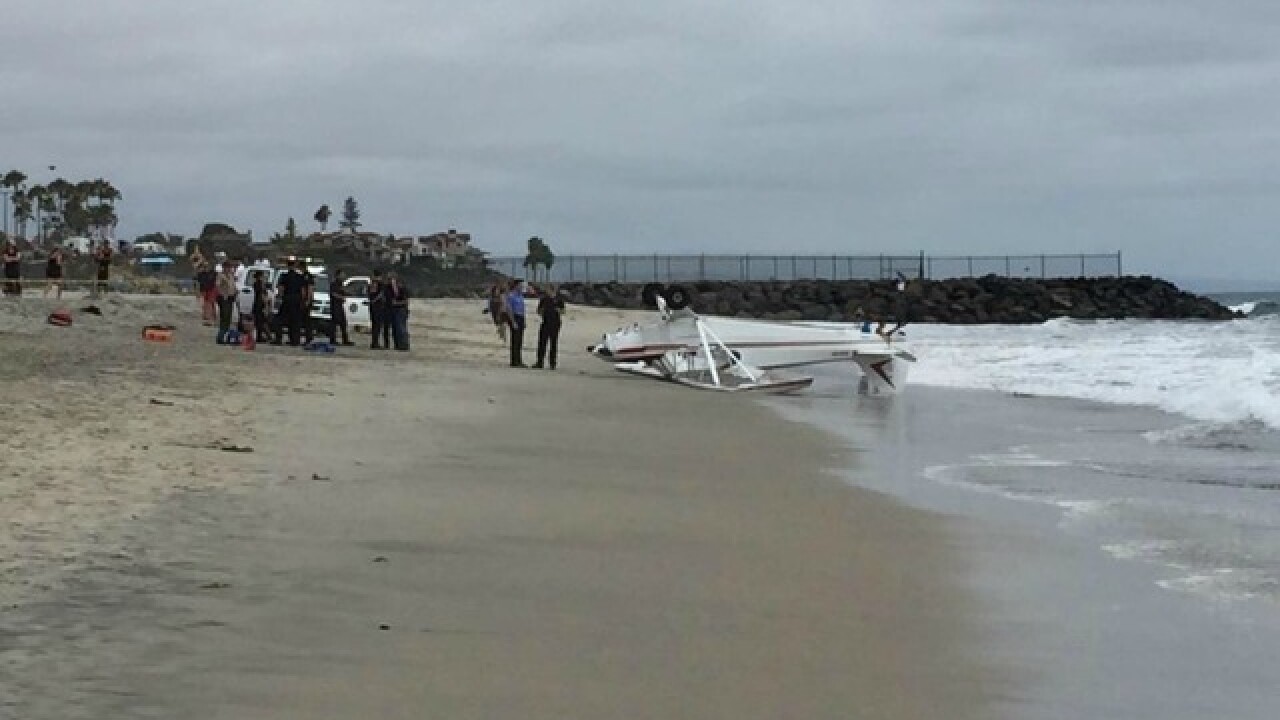 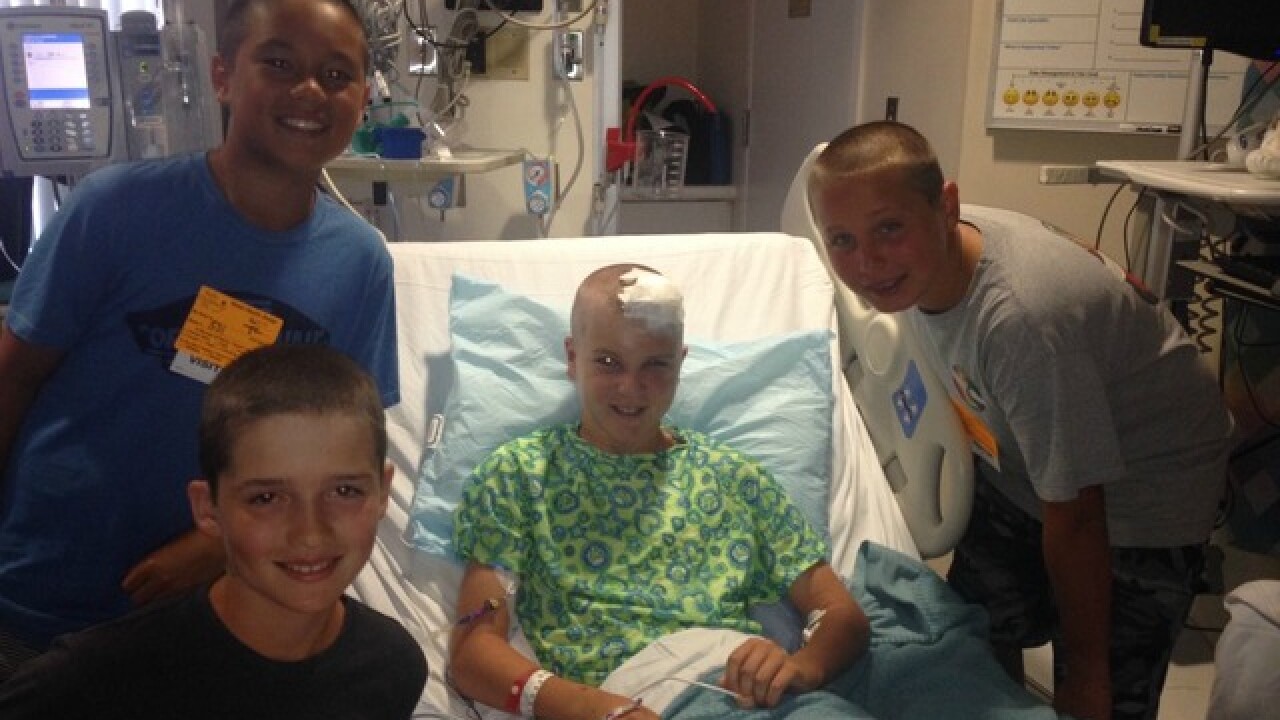 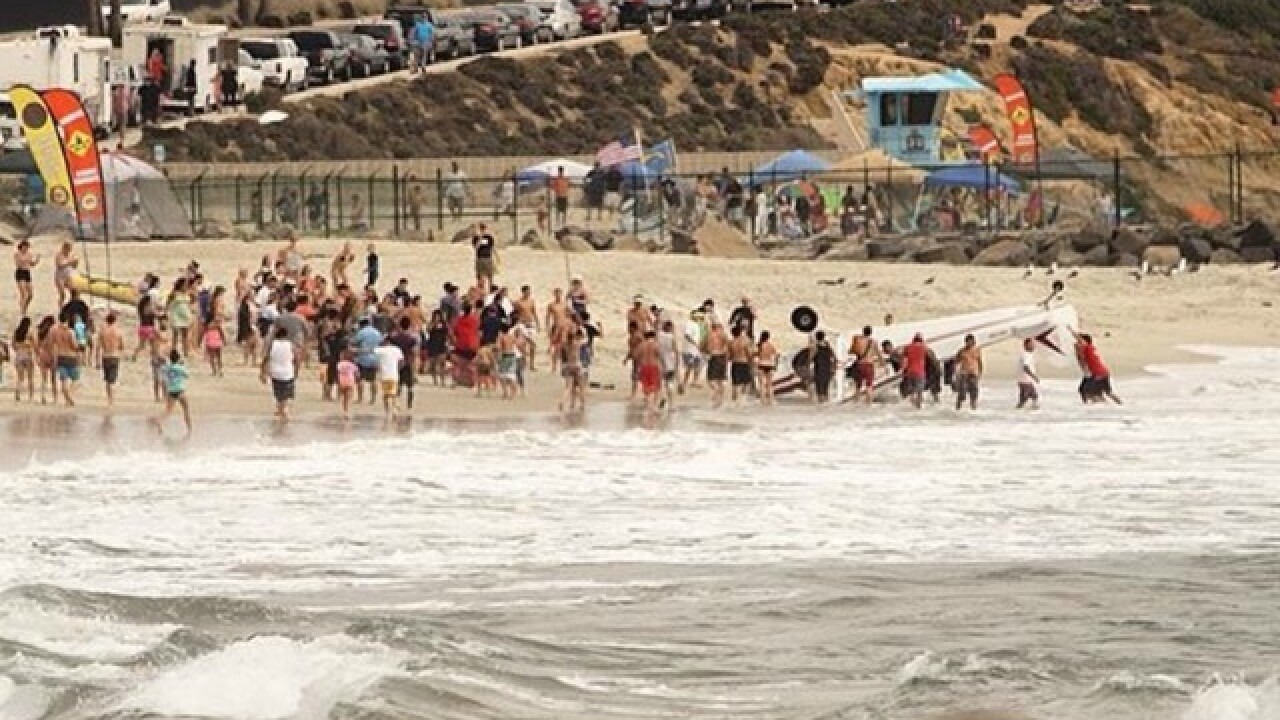 SAN DIEGO -- A small plane that struck a 12-year-old boy on Carlsbad State Beach on the Fourth of July simply ran out of gas because of pilot error, the National Transportation Board determined.
In its final report released last week, NTSB investigators found that Piper Pa18 that was towing a banner crashed because it was out of gas and not because of any malfunction.
“The pilot's failure to manage the fuel system properly during a banner tow operation resulting in a loss of engine power due to fuel starvation,” the NTSB wrote.
James William Kanagy, the 23-year-old pilot flying the plane, told investigators that the plane lost power for an unknown reason while towing the banner over the coastline, forcing him to make the emergency landing.
“The pilot stated that he was towing a banner along a beach when the engine gradually lost power, and applying carburetor heat had no effect,” the NTSB said.
Nicholas Baer was bodyboarding with some friends when the plane dove towards the crowded beach and crashed at around 3 p.m. on July 4. The single-engine plane landed upside down in shallow water. The plane grazed Baer on the way down.
The Carlsbad boy was taken to Rady Children's Hospital for treatment of a gash to his head, a concussion and skull damage. He underwent surgery and was admitted to an intensive care unit. He spent only four days in the hospital. Physicians have said they expect Nicholas to make a full recovery.
The plane was operating on behalf of an El Cajon company named Air Ads Inc.
In September, Baer’s family filed a lawsuit against both Air Ads Inc. and Kanagy.
The full NTSB report is below:

The pilot stated that he was towing a banner along a beach when the engine gradually lost power, and applying carburetor heat had no effect. A forced landing was initiated on the beach, and during the landing roll the airplane struck a person before it nosed over into the surf. The engine mount, right wing, and right rear lift strut were substantially damaged.
Postaccident examination on site revealed that the fuel selector valve was in the left tank position. A follow up examination determined that no fuel was visible in the left fuel tank site gauge inside the cockpit area. The right wing filler cap was removed, and fuel was observed in the right tank. Fuel drained from the sump at the rear of the right tank, but nothing drained from the sump at the rear of the left tank. No fuel drained from the gascolator on the firewall. The operator reported that there were no mechanical malfunctions or failures of the airframe or engine that would have precluded normal operation.
The National Transportation Safety Board determines the probable cause(s) of this accident as follows:
The pilot's failure to manage the fuel system properly during a banner tow operation resulting in a loss of engine power due to fuel starvation.