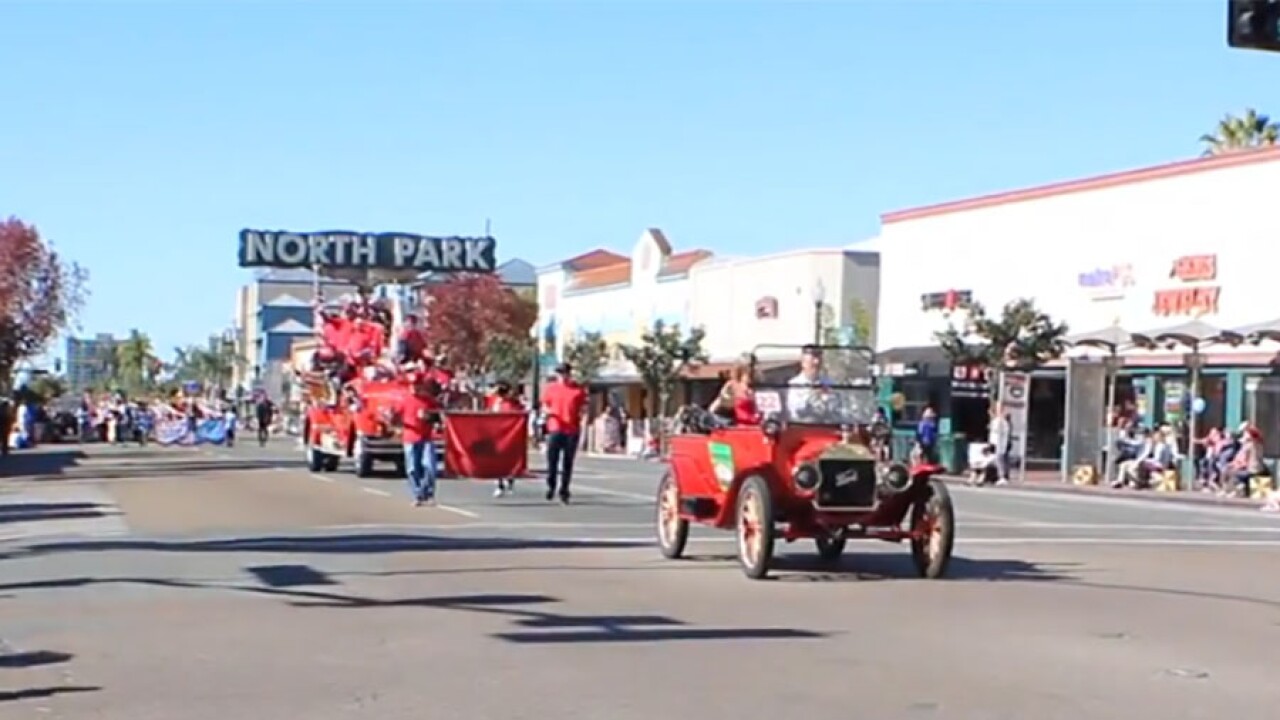 NORTH PARK, CALIF. (KGTV) - A holiday tradition is back on after a brief cancellation.

The annual North Park Toyland Parade almost didn’t make it to its 55th year after the organizer called it off.

Victoria House Corporation posted on the parade’s website that it was nixed due to loss of monetary support from sponsors.

North Park business leaders stepped in and the group North Park Main Street saved the parade by pledging $10,000. NPMS is still looking for donations, 100 percent of which goes directly to the parade, according to NPMS president Angela Landsberg.

Donations can be made directly to NPMS or through the association's GoFundMe.

“This parade has history in North Park,” said Landsberg, “the parade has been going on since 1963 and we couldn’t let it go away now.”

Students at Jefferson Elementary School had spent weeks preparing their floats that they will walk in the parade.

Their parents are grateful for the last-minute save.

“I mean, we are still scrambling for it,” smiled Jefferson parent Andy Hinds, “but the end result is it’s happening.”