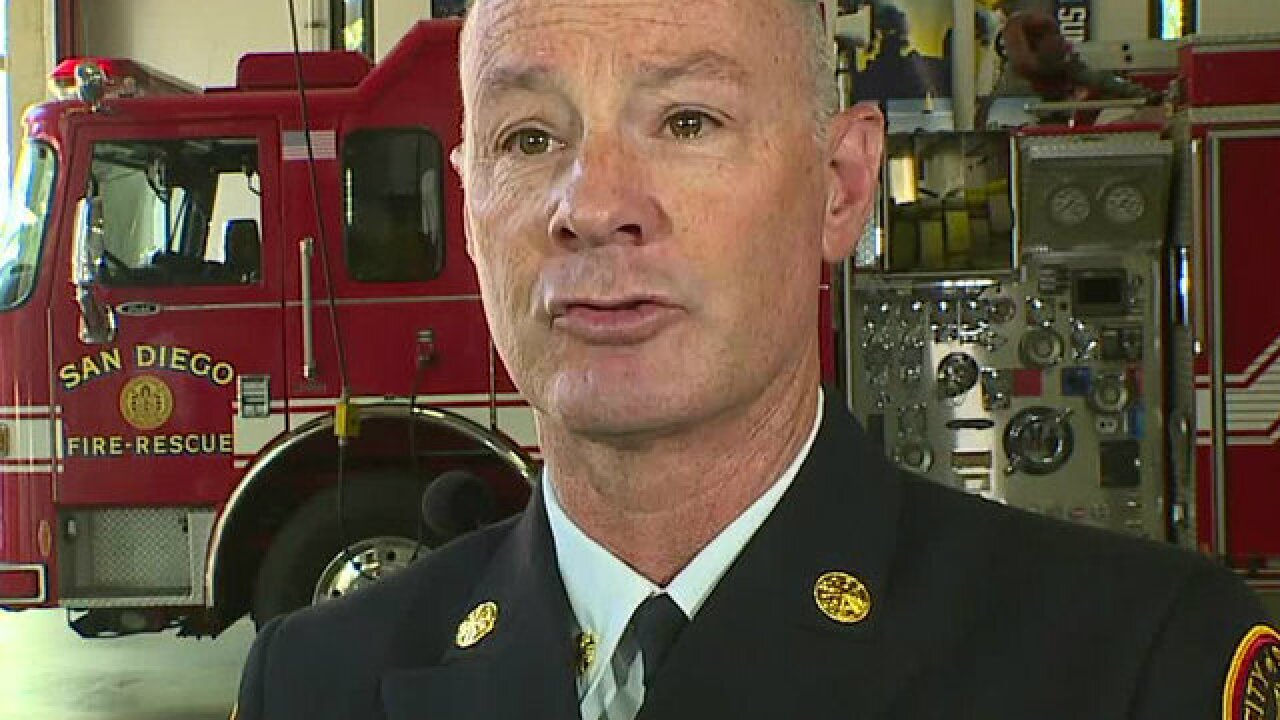 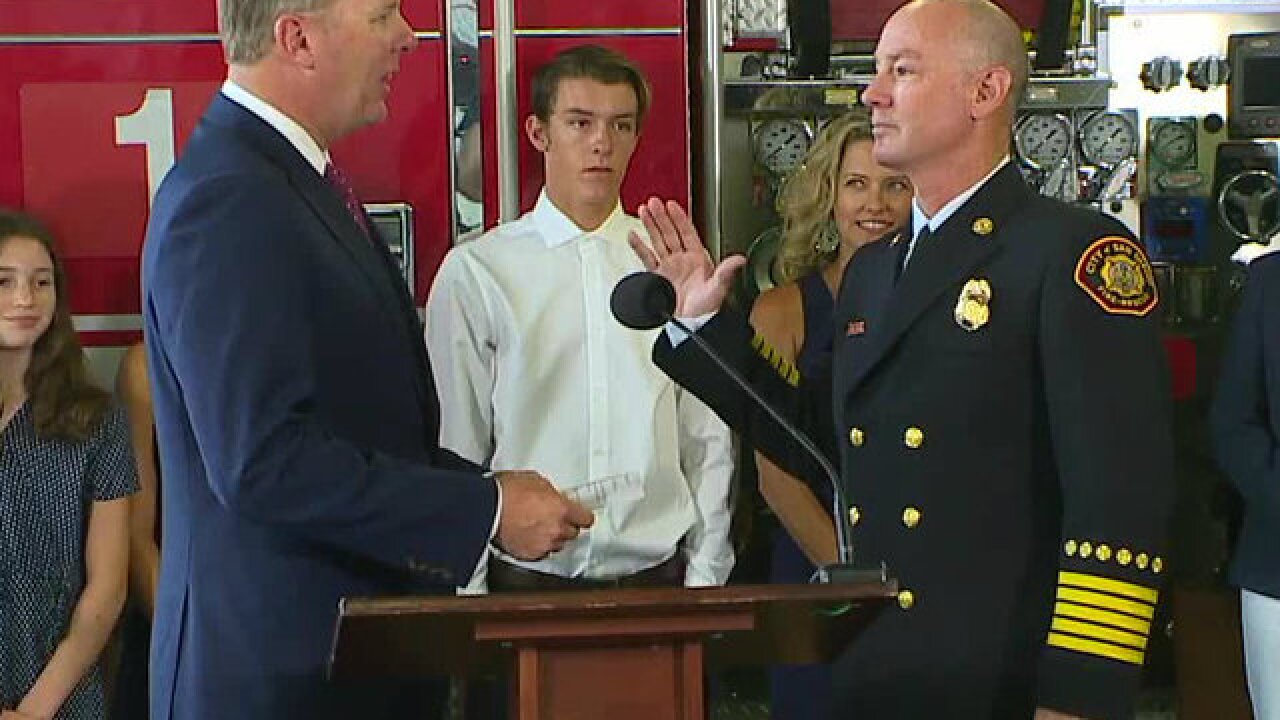 Following a national search that included interview panels with local firefighters, Mayor Kevin Faulconer decided a "familiar face" was the best choice to lead the department.

Stowell, a San Diego native, began his career with the SDFD in 1988. He served as captain, battalion chief, deputy chief and assistant chief during his first tenure before leaving in 2016 to lead Heartland Fire & Rescue.

"It's critical that we have the very best people in the most important positions to keep our neighborhoods safe," the mayor said during Stowell's swearing-in ceremony.

City Councilwoman Lorie Zapf and members of the community joined Stowell and Faulconer for the ceremony in front of SDFD Station 1.

When he was confirmed by the council last month, Stowell identified several department priorities moving forward.

A veteran of the Cedar and Witch fires that burned hundreds of thousands of San Diego County acres in 2003 and 2007, respectively, he emphasized the need to promote fire adaptive communities and strong partnerships with neighboring fire agencies.

Stowell previously oversaw SDFD's emergency operations division. He also spent time as the department's wellness officer, and he was in charge of training for medical services and special operations.