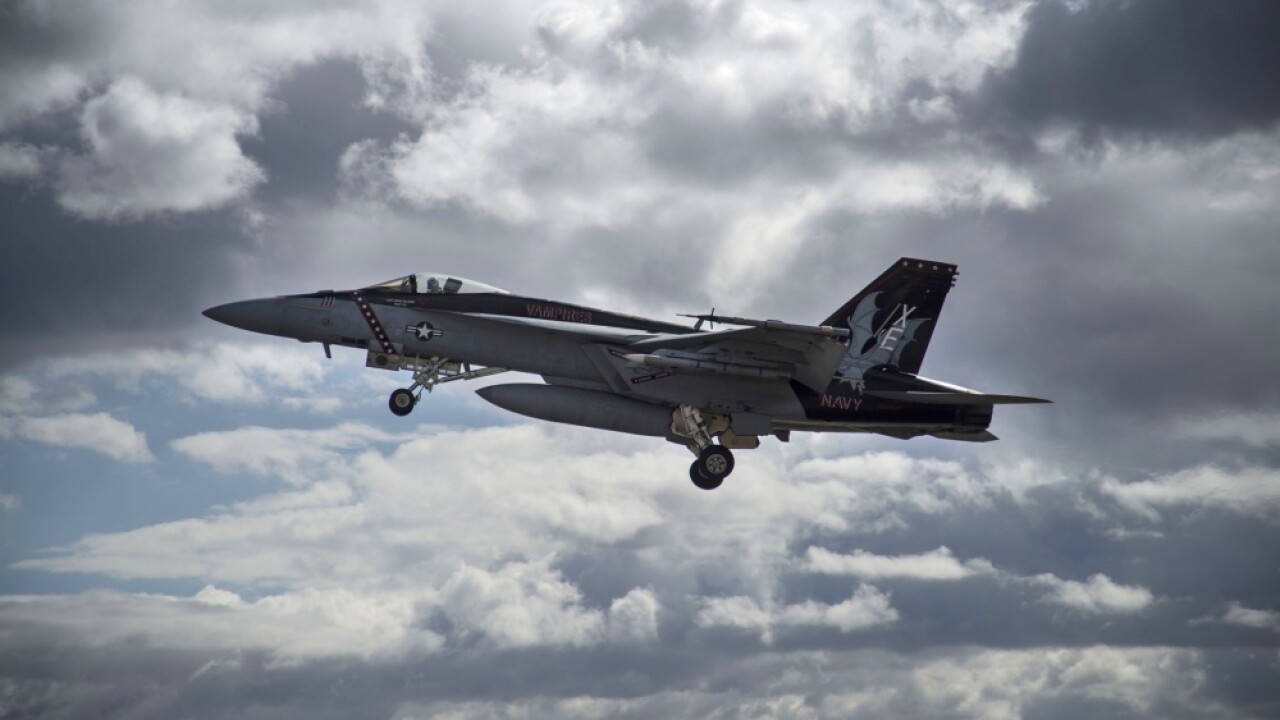 The single-seat F/A-18E Super Hornet went down about 10 a.m. in Inyo County, Navy officials posted on Twitter. The jet, based at Naval Air Station Lemoore, was on a routine training flight. The cause of the crash is unknown.

Death Valley National Park's public information officer Patrick Taylor said he received a call from the Panamint Springs Resort in Darwin of a military plane crash on the west side of Death Valley, near Father Crowley Overlook. The area is also known as "Star Wars Canyon" because the manuevers jets perform are similar to those in the film's battle scenes.

"We saw the smoke from it," an employee of the resort told 10News.

There was no immediate word on the status of the pilot. Two aircraft were flying at the time, but the other pilot likely did not see the crash.

Seven park visitors received minor injuries as a result of the crash.

A search-and-rescue helicopter was sent to the scene, CNN reported. NWS China Lake and Inyo County sent officers to the area to guard the crash site, Taylor said.

Temperatures at the crash site were in the low 100s Wednesday.

The jet was part of VFA-151, a squadron belonging to Carrier Air Wing 9 and attached to USS John C. Stennis, Naval officials said.

The crisis is being handled by Air Pac in Coronado.

Chief of Naval Operations Admiral John Richard posted about the crash on Twitter.

Team, Dana and I ask that we all come together to help support the family, friends, and shipmates of the pilot who crashed in California today. Our thoughts are also with those reported injured on the ground. We will be sure to keep you updated as more info becomes available.

10News is monitoring breaking developments in this story.