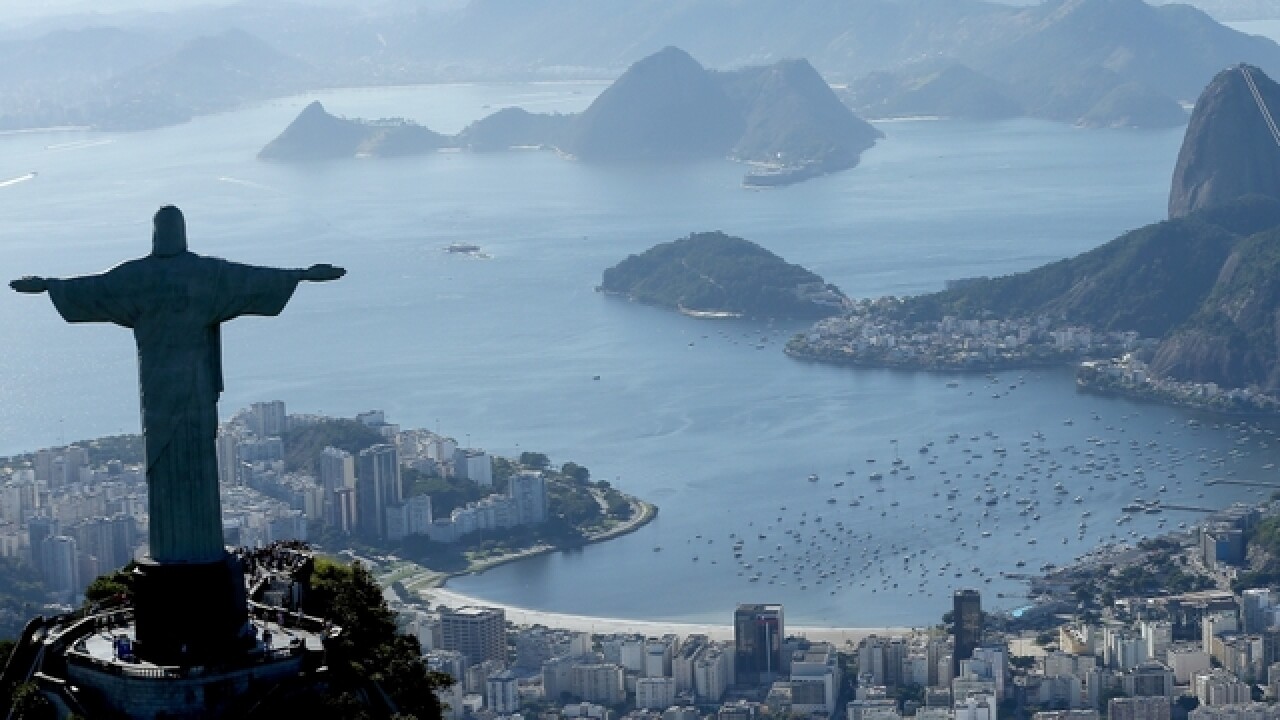 DUBLIN, Ohio (AP) — The Zika virus is why Charl Schwartzel is skipping the Olympics, and world No. 1 Jason Day is starting to think twice about going to Rio.

Speaking for the first time about his decision in late April to pull out, Schwartzel said he and his wife intend to have more children and the risk of Zika is too great.

"If I didn't want to have children, or if I was single, I'd play," Schwartzel said Friday at the Memorial. "It's as simple as that."

Day has been a strong proponent of golf's return to the Olympics after a 112-year absence, saying a month ago it would be a massive honor to win a gold medal for Australia. With two children, and plans to have more, he began to hedge on Friday.

"It's difficult to say right now," Day said. "We're just really trying to monitor what's going on because we're not done having kids. I don't want to have to bring anything back and have the possibility of that happening to us. Obviously, it can happen here. But if you put yourself down there, there's a chance of you getting it."

Brazil has been the hardest-hit of the approximately 60 countries that have reported an outbreak of Zika, the mosquito-borne virus linked to severe birth defects and possible neurological problems in adults.

Schwartzel of South Africa and Marc Leishman of Australia are the only golfers who have said Zika was directly responsible for them deciding not to play. Leishman, who would have qualified when Adam Scott withdrew, said his wife's immune system is not at full strength from nearly dying last year of toxic shock syndrome.

Scott, Louis Oosthuizen of South Africa and Vijay Singh of Fiji have said they are not playing, though they did not cite Zika specifically.

Rory McIlroy said two weeks ago that he was monitoring the Zika situation, and while it appeared he left himself room to withdraw, he said this week at the Memorial that advice he has sought out "has put my mind at ease and makes me more comfortable going down there."

Day said his concern increased when he read about Detroit Tigers pitcher Francisco Rodriguez, who contracted the virus in Venezuela during the offseason and was sick for nearly two months. Rodriguez told ESPN.com on Tuesday he wouldn't blame athletes for skipping the Olympics, especially if they might have more children.

The pitcher said it took him two months to feel back to normal.

"I don't think it's an Olympic issue. I don't think it's a Rio issue," Day said. "I just think it's a medical issue attached to what happens if I go there, get it and bring it back. They don't know. The recommendation from the CDC (Centers for Disease Control and Prevention) is 'x.' You don't know how long it's going to last in your body. So I'm a little wary about it.

"I've just got to make a smart, educated decision whether to go or not."

Schwartzel and his wife have a 2-year-old daughter and plan to have more children. The South African says he expects more golfers to think hard about going, and he would not be surprised if more pulled out.

"You can hear the guys mumbling about it. It's definitely stuck in their heads," Schwartzel said. "I would go so far as to say anyone going is not comfortable going. I think it's a worry for them. It's a choice. If it was anywhere else, I'd play. I'd love to play in the Olympics."

Day also said he was not alone in his concern.

The International Golf Federation is passing along Zika-related material to the tours and player liaisons. Last month at The Players Championship, the PGA Tour made available its doctor for anyone with questions.

"We have to see an independent doctor, not just a PGA Tour doctor," Day said. "I'm not saying there's bias. I'm just saying we need independent advice. I think there are a lot of guys on the fence about it because they don't want to put themselves in harm's way."