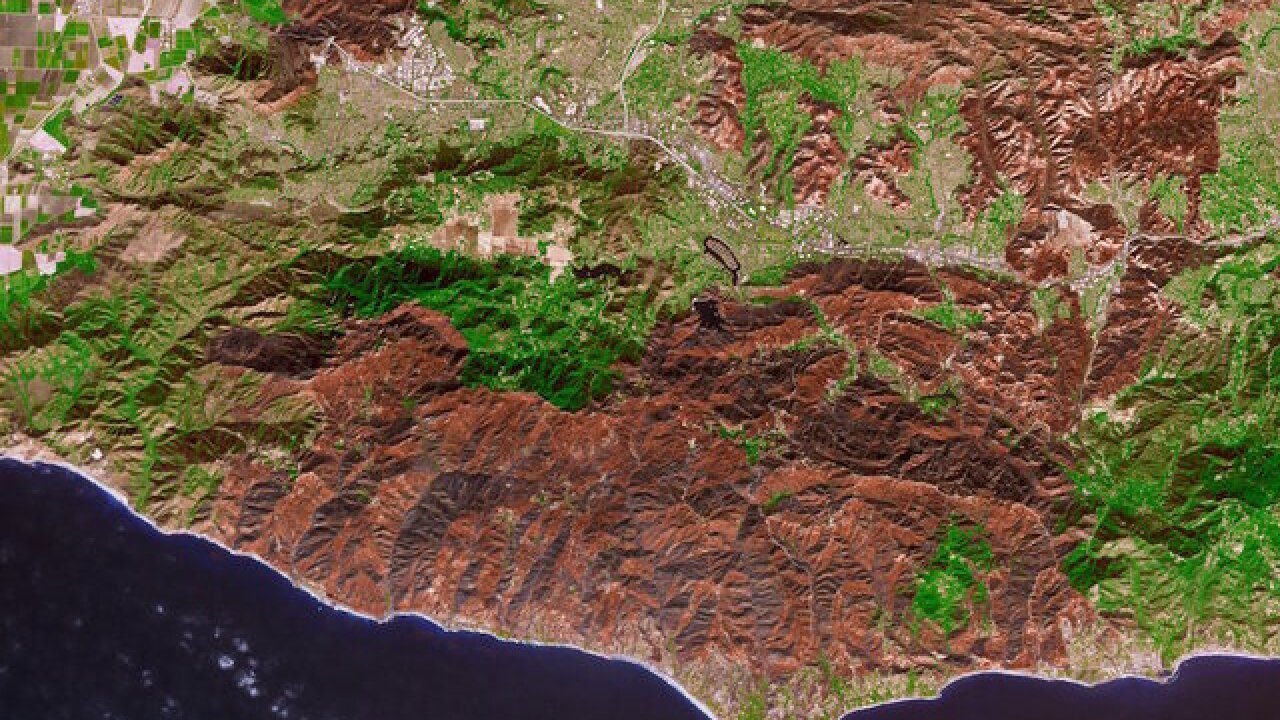 The Woolsey Fire is 100 percent contained, according to the most recent update from Cal Fire.

The fire burned 96,949 acres across Los Angeles County and Ventura County. Three people died in the fire and three firefighters were injured. More than 1,500 structures were destroyed and 341 were damaged.

The cause of the fire is still under investigation.

New imagery from NASA shows a dark scar from the deadly and destructive fire, which burned near Malibu, California. The damage the fire left is still being assessed.

NASA's Terra satellite was able to capture this new view of the damage through a false-color image from its Advanced Spaceborne Thermal Emission and Reflection Radiometer.

The burnt areas are brown; unburned vegetation is green. The light gray or white areas are buildings, roads and other developed areas.