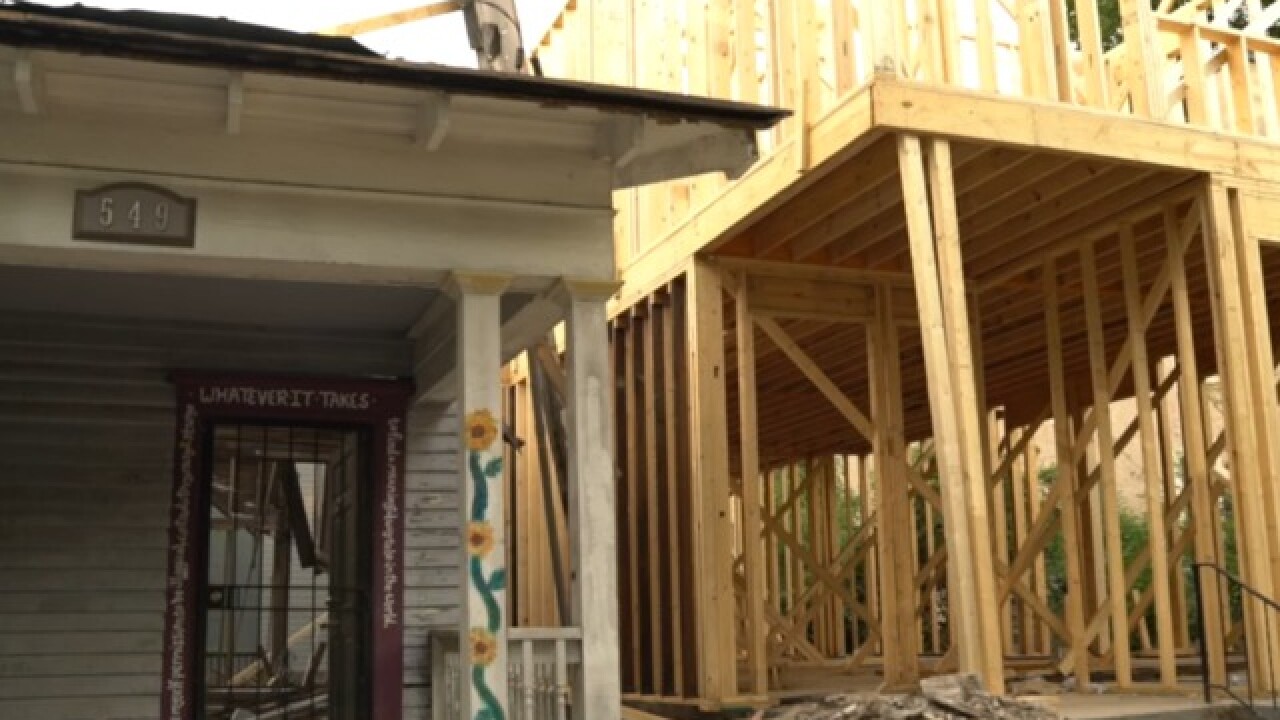 Neighborhoods all across America are at a crossroads by figuring out how to grow and develop, without abandoning the people who made the communities so great in the first place.

One group of women in Atlanta are facing that exact problem. They're putting up a fight against a new development, and they say we can all stake a stand for what we believe.

Michelle Schreiner and Princess Wilson are two of the women who live in Atlanta's Old Fourth Ward neighborhood. It's a neighborhood Wilson has seen change before her eyes.

“When I was growing up, it was a predominantly African-American neighborhood,” Wilson says. “It was a black neighborhood, and everybody knew everybody there lived here.

But when a developer announced plans for a new condo building, the women said enough was enough. The developer’s original plan was to build a 21-story property with 16 luxury condos, selling for $1 million each.

Concerned about displacement and the value the building would bring to the community, the two women wanted to do something, but they didn't know where to start.

“It was asking, ‘What next?’ And you know, ‘Who's going to step up?’” says Schreiner. “And then, making that realization of that, ‘Wait, I could be that person.’”

Wilson suggested a petition, and the two hit the pavement, getting the word out to neighbors.

However, not everyone in the neighborhood is against it.

“I want affordable housing,” says resident Cashelle Rose. “I just don't think that not allowing building is the way to do it, because ultimately the less we build, the more scarce homes are the more prices go up.”

Schreiner and Wilson, though, say it's not about winning or losing. But more about not being afraid to enter the fight.

“It's time for people to speak up,” Wilson says. “And it's for anything that's going on in our country today. You've got to speak up when something doesn't seem right or feel right to you.”

Schreiner agrees, stating “Even if it feels that big you know what's that first step. Take it. And then. What's. Next. Take it.”

The city will decide whether or not the area will be rezoned so development can go up later this week. The women have planned a rally ahead of the hearing.