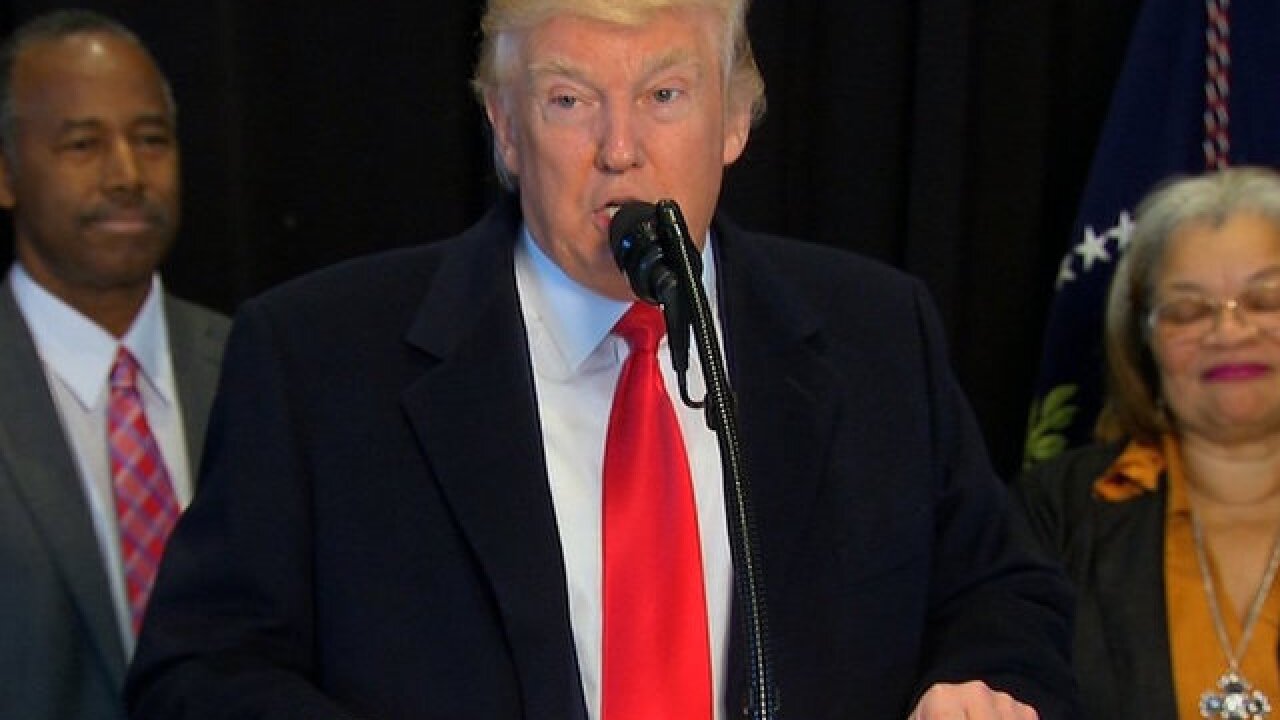 WASHINGTON (CNN) -- President Donald Trump on Wednesday will fly into Nashville to rally thousands of supporters for the second time in his two month-old presidency.

But unlike the events his predecessors held to build support for their agenda, Trump's rally is being organized and funded by his presidential reelection campaign rather than the White House -- a move that is raising eyebrows among campaign finance experts, veteran political operatives and officials from the last three administrations.

Presidents typically rely on federal funds when they head out to sell their agenda and turn up the political pressure on members of Congress. Their reelection campaigns don't begin to pick up the tab until opponents start to crop up. Trump, in contrast, has filed legal forms allowing his campaign committee to fundraise for his reelection, but has not yet publicly announced his intention to run.

The decision to hold campaign-funded rallies will give Trump more flexibility -- from deciding who's allowed in to helping the campaign build out its database of supporters' contact information.

Michael Glassner, the Trump campaign's executive director, said the move will allow Trump to rely on the campaign's "very effective method of promoting his appearances and filling these venues."

It also means the campaign use campaign dollars to advertise the events and sell campaign merchandise -- think "Make America Great Again" hats -- to all the eager supporters who attend, Glassner said.

That will help recreate the feeling of Trump's trademark campaign rallies, firing up his base and even Trump himself in the process.

"This is all about building him up," one Republican involved in the planning of the Trump rally said, speaking on condition of anonymity to discuss internal deliberations about the event. "It's about taking him back to the campaign."

"These rallies are what has given him his energy and to him and to his supporter base since Day 1," said another Republican close to Trump.

"But more importantly than all this, it continues to show he is the first president who cares way more this early about his base than swing voters," Messina told CNN. "He will do and say things that most new presidents would never do as they looked to unify a nation -- or at least being perceived as doing so."

While the campaign will shell out tens of thousands of dollars for each rally it hosts, it is also gaining an edge on Trump's likely 2020 reelection bid by amassing physical and email addresses voters submit to get their free tickets to attend the rally.

"We use that to build our database," Glassner said.

That would be impossible if Trump was holding a White House-funded rally, according to campaign finance experts Lawrence Noble and Trevor Potter.

But the two experts emphasized that the campaign-hosted rallies give Trump greater flexibility over who can attend rallies.

"It gives them control over who can attend the event. By calling it a campaign event they can basically limit it to their supporters and keep protesters out," Noble said.

While campaign rallies are private events, one organized by the White House would be public and officials would not be allowed to deny attendees entry on a political basis, Potter added.

The campaign's funding of the event also gives Trump more leeway in what he says on the stump, keeping him out of legal trouble if he delves into talk of his reelection bid or urges supporters to endorse or oppose any candidate for political office.

When Trump sweeps into the Nashville Auditorium on Wednesday night, it will mark the second official campaign rally of his presidency, after one in Melbourne, Florida, last month, and the second time he's bucked past precedent by doing so at such an early stage of his term, according to officials from the last three administrations.

President Barack Obama didn't file re-election papers until April 2011 and President George W. Bush until May 2003 -- both of which were in the third years of their presidency. Both held rallies during their presidencies to drum up support for their legislative agendas, but those events were run by the White House outside the campaign season.

But Glassner said the rallies were simply about sticking with what's worked.

"These rallies were a major source of energy that drove the entire campaign from the day he announced onward to a degree that had never been done before," said Glassner, who joined Trump's campaign within a month of its launch in 2015, adding that the rallies also provide an unfiltered venue for Trump to bypass the media and reach Americans directly.

"If you have the capacity to do that then why wouldn't you," he said.

Trump's overall campaign operation is also much more active already than that of past presidents.

Since filing forms with the FEC, the campaign has focused on building its data operation for the next election, fundraising for the 2020 campaign and organizing rallies like the one scheduled for Wednesday, an official familiar with the campaign's operations said.

Most presidents don't like to start raising money and spending campaign funds any earlier than they have to. But Trump's campaign finished last year with $7.6 million in his campaign bank account and no debt.

He's already soliciting campaign contributions, which continue to role in, a bulk of which come from sales of his Trump merchandise, including his trademark "Make America Great Again" hats.

The unorthodoxy of the campaign holding the rallies doesn't bother Trump loyalists.

"If it's unorthodox now, then it was unorthodox to run a primary campaign based on a large campaign rally model," Glassner said.