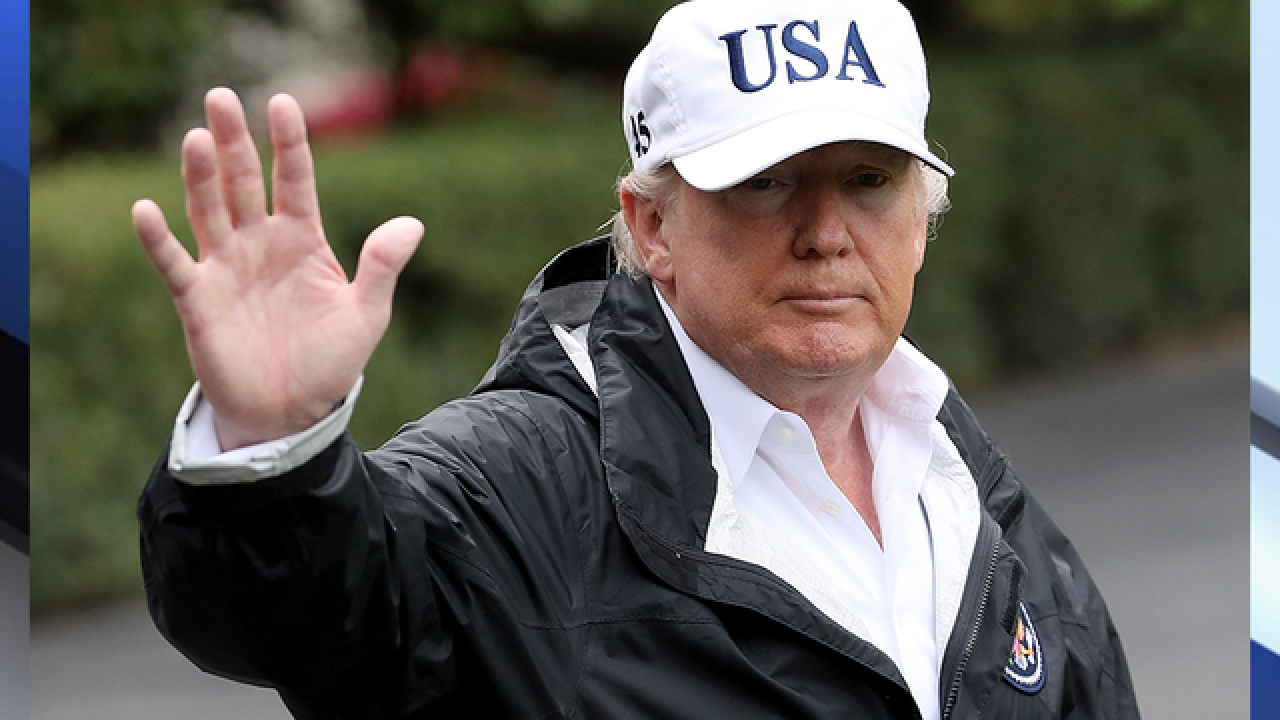 The National Security Council's top Ukraine expert plans to tell House impeachment investigators on Tuesday that he was so troubled by President Donald Trump's July phone call with Ukraine's President that he reported his concerns to a superior, according to a copy of his opening statement obtained by CNN.

The expert, Army Lt. Col. Alexander Vindman, plans to say he felt an investigation into former Vice President Joe Biden and the Ukrainian natural gas company connected to Biden's son, Hunter, would undermine US national security. Trump pressed Ukrainian President Volodymyr Zelensky for such an investigation multiple times during that July 25 call. There is no evidence of wrongdoing by either Joe or Hunter Biden.

"I was concerned by the call. I did not think it was proper to demand that a foreign government investigate a U.S. citizen, and I was worried about the implications for the U.S. government's support of Ukraine," Vindman plans to tell lawmakers, according to his opening statement, which was first reported by The New York Times . "I realized that if Ukraine pursued an investigation into the Bidens and Burisma, it would likely be interpreted as a partisan play which would undoubtedly result in Ukraine losing the bipartisan support it has thus far maintained."

"This would all undermine U.S. national security. Following the call, I again reported my concerns to NSC's lead counsel."

That phone call between Trump and Zelensky is at the heart of the Democrats' impeachment inquiry , following a whistleblower complaint alleging that Trump had solicited foreign interference to dig up information on a political rival and the White House tried to cover it up. Vindman is the first person who was actually on the call to testify in front of House investigators.

Vindman says in his opening statement he reported his concerns about the call "internally to National Security officials in accordance with my decades of experience and training, sense of duty, and obligation to operate within the chain of command." He plans to tell investigators, "I am a patriot, and it is my sacred duty and honor to advance and defend OUR country, irrespective of party or politics."

Vindman's planned remarks also appear to contradict previous testimony from Gordon Sondland , the US ambassador to the European Union, about a July 10 meeting in Washington with Ukrainian and US officials.

Vindman plans to say Sondland "started to speak about Ukraine delivering specific investigations in order to secure the meeting with the President," which prompted "Ambassador (John) Bolton (to) cut the meeting short."

"Following this meeting, there was a scheduled debriefing during which Amb. Sondland emphasized the importance that Ukraine deliver the investigations into the 2016 election, the Bidens, and Burisma," Vindman's opening statement says. "I stated to Amb. Sondland that his statements were inappropriate, that the request to investigate Biden and his son had nothing to do with national security, and that such investigations were not something the NSC was going to get involved in or push. Dr. (Fiona) Hill then entered the room and asserted to Amb. Sondland that his statements were inappropriate."

The account stands in contrast to Sondland's testimony about the meeting wherein he stated "if Ambassador Bolton, Dr. Hill, or others harbored any misgivings about the propriety of what we were doing, they never shared those misgivings with me, then or later." Bob Luskin, an attorney for Sondland, declined to comment on the apparent contradiction.

Notably, Vindman's accounting of the meeting matches the testimony of Bill Taylor , the top US diplomat in Ukraine, who told investigators Vindman and Hill had detailed the meeting to him.

"Specifically, they told me that Ambassador Sondland had connected 'investigations' with an Oval Office meeting for President Zelensky, which so irritated Ambassador Bolton that he abruptly ended the meeting, telling Dr. Hill and Mr. Vindman that they should have nothing to do with domestic politics. He also directed Dr. Hill to 'brief the lawyers,' " Taylor testified.

Vindman began his tenure at the National Security Council in July 2018 after serving as a Foreign Area Officer specializing in Eurasia beginning in 2008. Vindman also served multiple overseas tours as an infantry officer, including a deployment to Iraq where he received a Purple Heart after being wounded in an IED attack.

House Democrats are likely interested to hear what Vindman knows about how the Trump-Zelensky call transcript was stored in the immediate aftermath of the conversation, specifically allegations by the whistleblower that it was inappropriately stored in a higher-security system rather than the typical system for presidential calls.

CNN previously reported that the scramble that occurred in the hours and days after the call, described by six people familiar with it, parallels and expands upon details described in the whistleblower complaint. The anxiety and internal concern reflect a phone conversation that deeply troubled national security professionals, even as Trump now insists there was nothing wrong with how he conducted himself. And it shows an ultimately unsuccessful effort to contain the tumult by the administration's lawyers.

Vindman was also one of five Trump administration officials chosen for a US delegation, led by Energy Secretary Rick Perry, to attend Zelensky's inauguration ceremony in May alongside Sondland and Kurt Volker , who was then Trump's special envoy to Ukraine.

The whistleblower complaint alleges that the President downgraded the delegation, ordering "Vice President Pence to cancel his planned travel" because he wanted to see "how Zelenskyy 'chose to act' in office."

Both Sondland and Volker have testified before House committees in the impeachment probe. Perry, described by some as being a key component of the US' relationship with Ukraine, has pledged to work with lawmakers looking into the whistleblower's allegations.

A source who accompanied Perry on that trip told CNN they never heard Biden come up in discussions, or as part of the mission for the trip. The source said Perry regularly travels at the behest of the White House.

Volker resigned from his post after fallout from the whistleblower's allegations. Perry plans to leave his job in the administration by December.

CNN has previously reported that almost as soon as Trump had hung up, word of what he had said on the call began to circulate among National Security Council staffers -- in particular, his request that Zelensky investigate Biden. The entreaty caused concern among some of his national security officials, who discussed among themselves whether Trump had crossed a line.

Initially, the process of transcribing and archiving the call followed the standard procedure for dozens of previous presidential calls with foreign leaders: The raw transcript was circulated to a small group of officials, including the national security adviser, deputy national security adviser, members of the National Security Council's executive secretariat and council lawyers.

From there, the National Security Council director responsible for Ukraine -- Vindman -- reviewed the document for accuracy before it made its way to then-national security adviser John Bolton and his deputy Charles Kupperman. At that point, the document would ordinarily have been marked "limited access" and shared on a need-to-know basis.

But within a few days, a National Security Council lawyer -- acting on orders from John Eisenberg, his boss -- directed council officials to move the transcript to the code-word-classified system, a former White House official said, even though there was no code-word-classified material discussed during the call.

One person familiar with the matter said it was possible Eisenberg ordered the call transcript placed into the codeword system after his initial call with the CIA's top lawyer to "preserve" the record since he realized it could become a matter of a legal issue. But others familiar with the matter said the move came after officials became aware of the internal concerns and wanted to prevent additional people from reading the document.