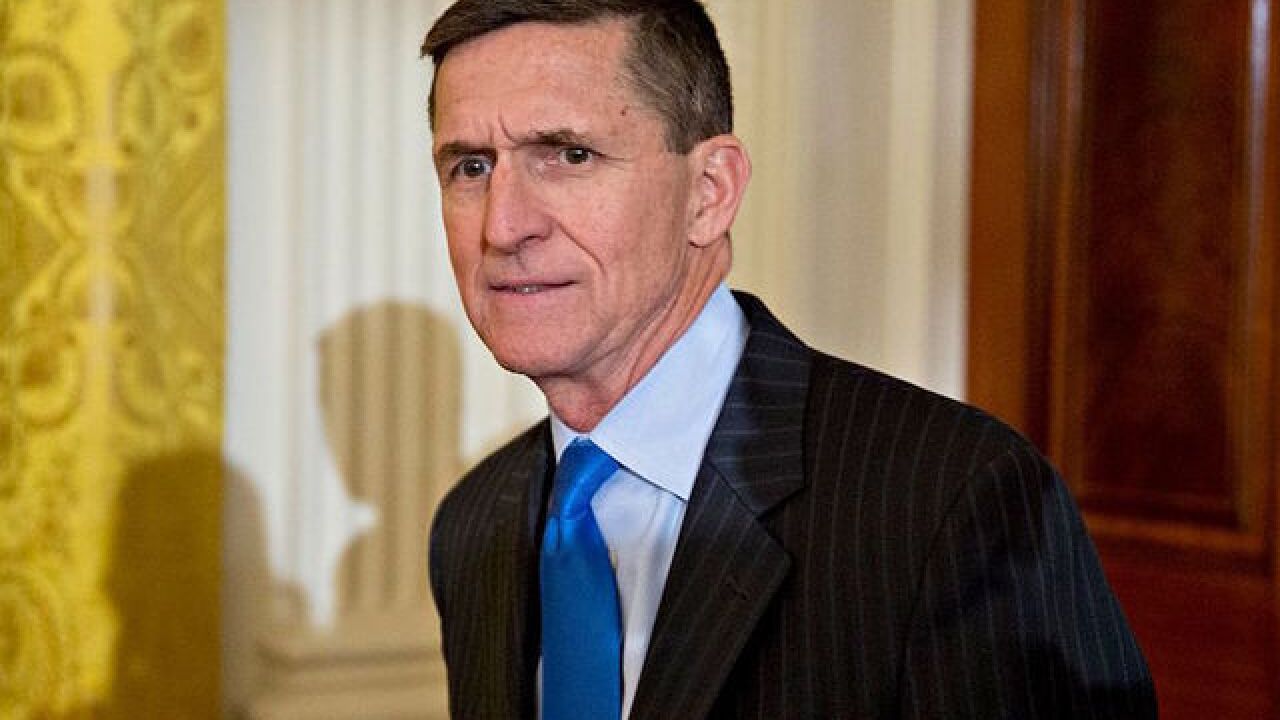 The White House's chief lawyer told President Donald Trump in January he believed then-national security adviser Michael Flynn had misled the FBI and lied to Vice President Mike Pence and should be fired, a source familiar with the matter said Monday .

The description of the conversation raises new questions about what Trump knew about Flynn's situation when he urged then-FBI Director James Comey to drop the investigation into Flynn and whether anyone in the White House, including the President himself, attempted to obstruct justice. Special counsel Robert Mueller is investigating whether the Trump campaign colluded with Russians, a probe led by Comey until Trump fired him.

White House counsel Donald McGahn told Trump that based on his conversation with then-acting Attorney General Sally Yates, he believed Flynn had not told the truth in his interview with the FBI or to Pence, the source said. McGahn did not tell the President that Flynn had violated the law in his FBI interview or was under criminal investigation, the source said.

The Washington Post first reported  that Trump knew Flynn had likely provided inaccurate information to the FBI and Pence.

President Donald Trump's personal attorney, John Dowd, said Monday the President cannot be guilty of obstructing justice, according to an interview with Axios.

"(The) President cannot obstruct justice because he is the chief law enforcement officer under (the Constitution's Article II) and has every right to express his view of any case," Dowd told Axios.

Dowd declined to comment to CNN on this story.

Dowd had earlier said that he wrote a weekend tweet from Trump's account after Flynn pleaded guilty to lying to the FBI about his conversations with the Russian ambassador to the US during the presidential transition.

"I had to fire General Flynn because he lied to the Vice President and the FBI," the Saturday tweet reads. "He has pled guilty to those lies. It is a shame because his actions during the transition were lawful. There was nothing to hide!"

Yates did not share with McGahn "any description of what (the) FBI had asked Flynn or specifically what he had said," the source told CNN.

"They didn't think they were in a position to decide whether he had committed a crime," according to the source.

It is not clear whether FBI investigators had conclusively determined Flynn was lying to them at the time McGahn approached Trump.

Yates testified to Congress in May that she told McGahn she was concerned Flynn was compromised because the Russians knew the true contents of Flynn's conversations about US sanctions with Russia's then-Ambassador Sergey Kislyak.

At the time McGahn approached Trump, the White House counsel had no information beyond what Yates told him, according to the source.

A week later, McGahn was provided a transcript of what Flynn and Kislyak discussed and the conclusion was that it was inconsistent with what Pence said publicly he had been told by the national security adviser.

Despite McGahn's recommendation that Trump fire Flynn, the retired lieutenant general was kept on. Flynn was forced out in mid-February after news outlets reported about Yates' warning to McGahn.