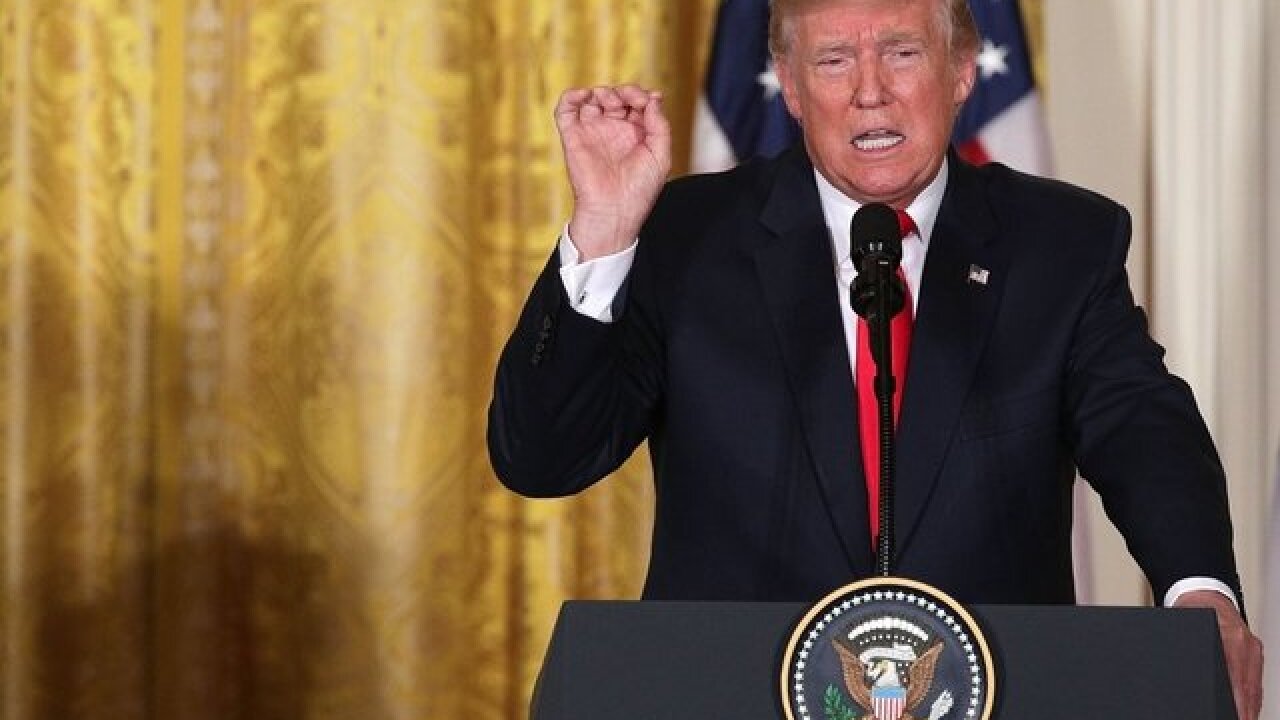 President Donald Trump still plans to withdraw the United States from the Paris climate agreement unless there are major changes made to the carbon emissions pact, the White House said Saturday.

The statement came after a European diplomat told reporters that a Trump administration envoy appeared to signal a softening stance during a meeting of climate ministers in Montreal, Canada.

A major point of contention between the United States and its global allies, the Paris climate accord issue reappeared just as Trump was set to make his major diplomatic debut at the annual United Nations General Assembly in New York next week.

If the administration were to reverse itself on dropping out of the accord, it would be a stark retreat on the issue for Trump and a complete break from his campaign promise to "cancel" the agreement, possibly signaling also that he's moving closer to Democrats on some policy matters.

"There has been no change in the United States' position on the Paris agreement," White House spokeswoman Lindsay Walters said. "As the President has made abundantly clear, the United States is withdrawing unless we can re-enter on terms that are more favorable to our country."

John Coequyt, the Sierra Club's director of global climate policy, invoked the damage from recent back-to-back Hurricanes Harvey and Irma after the White House denied any change in its stance on the climate agreement.

"For anyone who had any hope that two historically devastating storms striking our nation would wake up the Trump Administration to the reality of the climate crisis, think again," Coequyt said in a statement.

Earlier Saturday, the European climate official had suggested Trump was wavering in his commitment to remove the US from the landmark accord, which was struck in 2015.

The European Union's commissioner for climate action and energy, Miguel Arias Cañete, told reporters in Montreal that US officials have said that they will "review the terms on which they could be engaged" with the Paris deal, according to spokeswoman Anna-Kaisa Itkonen, who spoke to CNN by phone.

Cañete added that the US "has stated that they will not renegotiate the Paris accord."

The secondhand remarks suggested a softening stance on the Paris agreement, which Trump vowed to abandon unless he could strike a more favorable deal. That would likely include greatly lowering the carbon emission reduction targets set by the Obama administration when it signed onto the accord two years ago.

During his June announcement, Trump downplayed the prospects of finding areas of agreement with other participating countries.

"We're getting out," he said during Rose Garden remarks. "And we will start to renegotiate and we'll see if there's a better deal. If we can, great. If we can't, that's fine."

Since then, Trump has signaled to fellow leaders that he could be open to finding a way to remain a part of the agreement as long as he believes US interests are better protected.

"He told me he was going to try to find a solution in the coming months," French President Emanuel Macron said after meeting Trump in Paris in July. "We spoke about the details that could allow him to stay in the accord."

On Monday, climate ministers from about a dozen large-economy nations will meet in New York with Gary Cohn, head of the National Economic Council, where the US position on the Paris agreement is expected to be discussed.

Ministers will look to Cohn for greater clarity on the US position. As Trump weighed a decision on withdrawing from the Paris agreement last Spring, Cohn advocated against a full withdrawal.

Two of Trump's top administration officials reiterated Sunday that the President intended to withdraw the US from the agreement unless it negotiated changes to the deal.

US Secretary of State Rex Tillerson said in an interview on CBS's "Face the Nation" that Cohn was leading the administration's effort, and the US is willing to work with other nations on the deal and wants "to be productive."

He said the United States' voluntary commitment to the deal was "really out of balance" relative to other economies. However, he said the US was willing to stay in the deal if it established new terms.

"Under the right conditions, the President said he's open to finding those conditions where we can remain engaged with others," Tillerson said.

Trump's national security adviser, H.R. McMaster, said on ABC's "This Week" that the US would "certainly" stay in the deal if it got an agreement that benefited the US, but the administration's current stance was to exit the deal.

"What the President has said is that we are withdrawing from the Paris Accord," McMaster said.