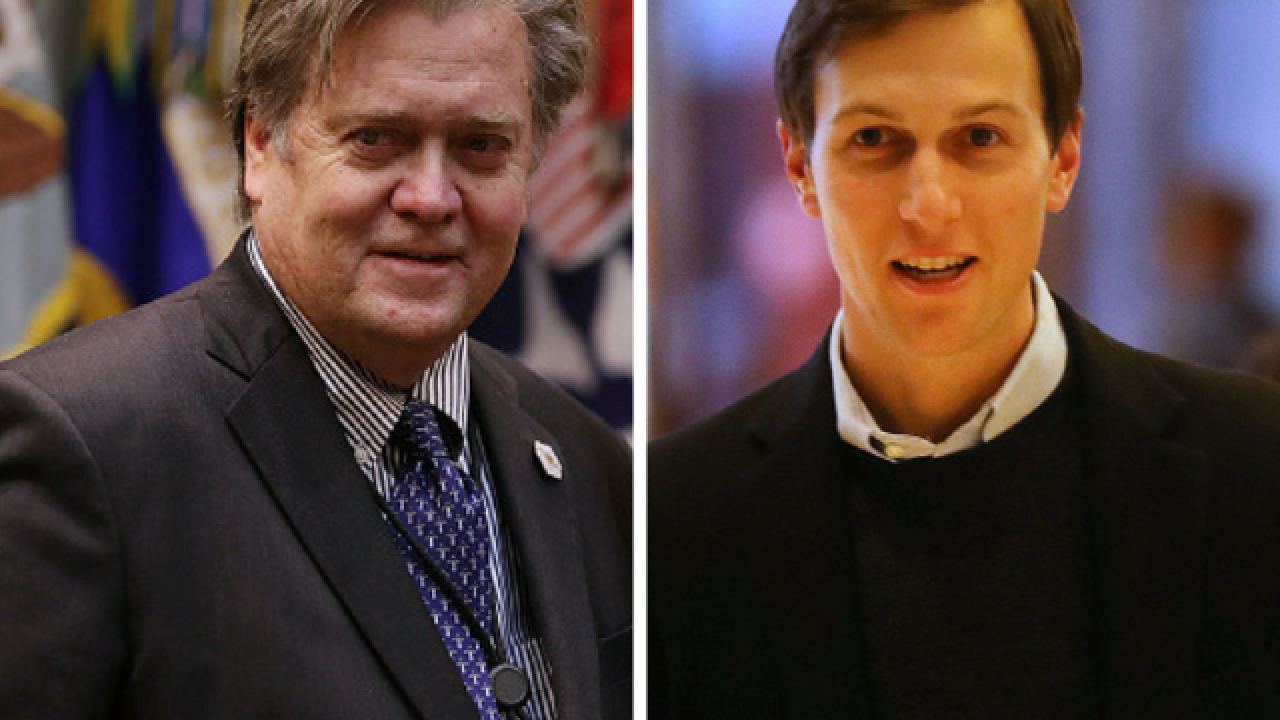 WASHINGTON (CNN) -- The White House is stacked with advisers who raked in millions of dollars last year, including the President's daughter, Ivanka, whose assets combined with her husband's could exceed $700 million.

Ivanka Trump and her husband, senior Trump adviser Jared Kushner, collected about $195 million in income, according to a new financial snapshot of about 180 of the men and women serving in Donald Trump's White House.

Other Trump aides with lucrative histories include Trump's top economic adviser Gary Cohn, the former president of banking giant Goldman Sachs, who netted up to around $75 million in the previous year. White House chief strategist Steve Bannon made up to $2.5 million.

The financial background of President Donald Trump aides such as Kushner, Bannon and Cohn are detailed in new forms that disclose the assets that those aides held when they walked in the doors of the White House -- before administration counsel advised them to resign from various postings, divest certain holdings or recuse themselves from future decisions. But the documents will nevertheless offer a portrait into the lives of several key White House aides, especially those who came from Wall Street or have other ties to the financial industry.

Kushner, like Trump, a prominent real estate titan, held a position in 267 separate entities, ranging from the Trump transition team to dozens of property holdings in New York and New Jersey.

Ivanka Trump, who just this week formally said she would join the West Wing after serving as an informal adviser to her father, has yet to file her own disclosure forms. But the White House said earlier on Friday that her documents would look largely similar to her husband's.

Bannon's forms reveal numerous ties to various conservative organizations and sources funded by the family of influential Trump donors Bob and Rebekah Mercer, such as Breitbart News, which he led, along with Cambridge Analytica, a data firm used by many Republican clients. Other income sources for him are Bannon Strategic Advisors, a consultancy firm valued at as high as $25 million, along with Affinity Media Holdings, which could have awarded him capital gains of as high as $1 million last year.

Bannon is also in the process of selling some of his stake in Cambridge Analytica and Glittering Steel, another Mercer-backed entity, according to the forms.